7 Soap Opera Couples That Could Hook Up In 2016 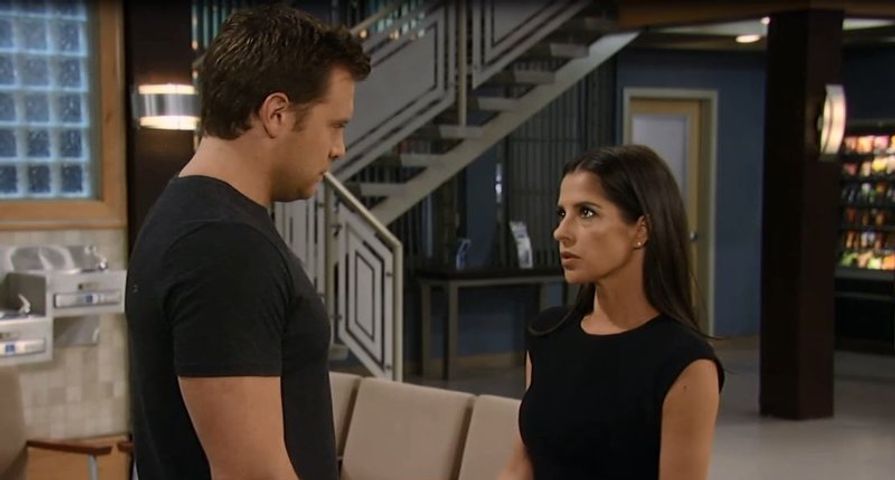 It’s a brand new year in the land of soap operas, and while things are heating up on daytime television, now is also the time to predict what may unfold in 2016. Will Jack and Victor from The Young and the Restless (Y&R) finally put their vendettas to rest? Will Stefano from Days of Our Lives (DOOL) continue to torture John Black and the Bradys? Will Sonny from General Hospital (GH) ever walk again? It’s hard say, but one thing that may be predictable are the soap characters that could hook up in 2016. Below are some potential 2016 soap opera couples that may just rock the daytime world this year.

7. Chelsea and Nick – Young and the Restless

There was a tease of a potential couple swap between the Newman brothers on the Y&R in late 2015, and it doesn’t seem too farfetched that these two could hook in 2016. Both are incredibly attractive, successful, seem to have similar values, and could have great chemistry together. Chelsea gets along well with the Newman clan, in fact, they all seem to like her more than her current love, estranged Newman brother Adam and Victoria. It’s also not a huge stretch for Nick and Adam to swap mates within the family. Nick dated his ex-wife’s sister (Avery) at one point in time, and Adam was madly in love with Nick’s former wife, high school love, and mother of his kids, Sharon.

6. Sage and Adam – Young and the Restless

Speaking of swapping, should Chelsea hook up with Nick, that would leave the door open for Sage and Adam to couple up. The two share a bond and past when Sage was the only one (at the time) who knew that it was really Adam parading around as her husband Gabe Bingham. While they only shared a one-night stand, the night itself was quite passionate. Sage is currently going through a hard time, with losing her baby, conflicted feelings over Nick, and feeling like the entire world has been swept from under her feet. Feeling like an outcast, there is no one better to bond with than Genoa City’s ultimate outcast, Adam Newman.

5. Nicole and Fynn – Days of Our Lives

Handsome, charming, and irresistible Dr. Fynn Thompson swooped into Salem in early November 2015, and immediately zeroed in on beautiful DOOL regular, Nicole Walker. Alas, Nicole’s heart belonged to (and really still does) Dr. Daniel Jonas. Ironically enough, it turned out that Flynn and Daniel seemingly had a history together, and women issues to go along with it. Sadly, 2016 has started off on a terrible note for Nicole, with the passing of her love Daniel. It will obviously take a lot of time for Nicole to get over losing the love of her life, but perhaps a friendship that turns into a love affair down the road can help heal her broken heart, later on in the year.

Despite their young ages, these two have a tremendous history together on General Hospital. Unfortunately, they have seen their fair share of troubles, with relatives getting in the way, when it comes to their relationship. First, Michael (Morgan’s brother) was able to sway Kiki from Morgan, and then Ava (Kiki’s mother) was able to help Morgan forget about Kiki. However as of late, they seem to be developing a solid friendship, where Kiki has been able to help Morgan work through his mental health issues. There is definitely a 2016 soap opera couple in the making here.

3. Ashley and Dr. Neville – Young and the Restless

Has Ashley truly been able to forget about her feelings for her daughter’s husband, Stitch, once and for all? One person than can help her is newly established Y&R character, Dr. Neville. While he’s had some shady dealings in the past, it seems that the fine doctor may not only be able to help Ashley with her current illness, but he may also be able to help her in the love department. Ashley may currently have mixed emotions when it comes to falling in love, but it’s clear that Dr. Neville is certainly starting to view Ashley as more than ‘just one of his patients.’

DOOL’S handsome detective, Rafe Hernandez started to show feelings towards his partner, Hope Williams in the fall of 2015, but at that point in time she was smitten with scumbag Aiden Jennings — not to mention her unresolved feelings for the former love of her life, Bo Brady. So much has happened since then. Hope married Aiden…Bo came back and saved her from almost being killed by Jennings…Bo and Hope rekindled their love…and then shortly after, Bo passed away. The bad news is, Hope is a bit of a mess, looking to seek revenge for Bo’s death. The good news is, with all that happened at the end of 2015, Hope gained a lot of closure as it relates to past relationships. The even better news (for Rafe) is that Hope is now single, with no boyfriends, ex-husbands, or fiancées looming in the shadows. Rafe plus Hope, equals a new DOOL super couple in 2016.

This is a couple many GH fans have been waiting to see reunite for many, many months now. As a super couple of the past, fans finally thought they may have seen these two settle down in happiness in 2012, that is until Jason ran out to help a mob friend, and unfortunately got shot and was presumed dead in the process. Fast forward some years, and the couple was further kept apart thanks to Liz and Nikolas hiding Jake Doe’s true identity. Can this couple finally reunite and become a family again with little Danny? It is a huge possibility in 2016.