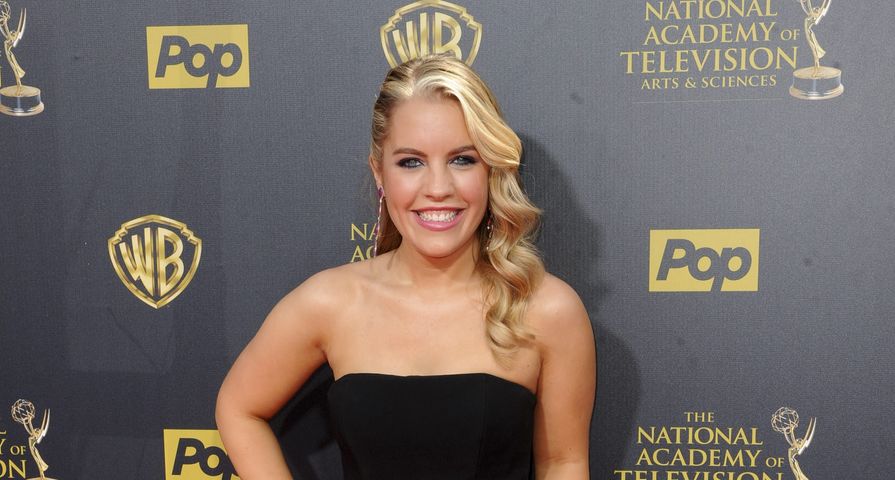 Soap opera fans undeniably get attached to the characters they see daily on their favorite daytime dramas and the actors and actresses that play them! This also applies to the little ones that grace the screens of soap operas, and there have been plenty of them over the years that have grown up before our very eyes. Wondering what they are doing now? Below is a list of seven soap opera child stars and what they are up to these days!

Days of Our Lives‘ (DOOL) sweet little Carrie Brady has literally grown up before fan’s very eyes. Christie Clark entered the soap in 1986 at the young age of 13 and transitioned from an awkward tween into a beautiful young woman. What’s she up to now? Well, she was recently seen on DOOL after a long hiatus; however, her three beautiful daughters keep her busy daily, and she also lists ‘designer’ as some of the many different jobs she’s up to in the San Francisco area.

Speaking of Carrie, before Christie Clarke entered the role in the mid- ‘80s, Andrea Barber rocked Carrie Brady from 1982 to 1986. Barber would move on to be the Tanner-etos annoying little neighbor Kimmy Gibbler on the hit television show, Full House, from 1987 to 1995. While she fell into oblivion for a while there, Barber can now be seen on the highly-popular Nextflix Original, Fuller House, reprising her fan favorite Gibbler character.

At six years of age, Kristen Alderson was introduced to soap opera fans in 1998 playing Starr Manning on One Life to Life (OLTL) and a daytime drama star was born (pun-intended). When the show was cancelled in 2011, Alderson would move on to play the same role on General Hospital (GH) and later the role of Kiki Jerome character until she ultimately decided to move on to other opportunities and leave GH in 2013. Now her main focus is family and supporting her brother Eddie during his lymphoma cancer diagnosis. She’s also become a huge supporter of the Leukemia and Lymphoma Society, organizing a Man or Woman of the Year fundraising campaign. She has also changed career paths and now has a career in real estate!

At the age of 12, GH audiences instantly fell in love with Amber Tamblyn as she played young Emily, adopted daughter to Alan and Monica Quartermaine. Tamblyn remained in the role for about six years and would move on to bigger Hollywood opportunities, including primetime shows like Joan of Acadia, House, and was a part of the Sisterhood of Travelling Pants movies. She has continued to act in various projects over the years, including roles in Inside Amy Schumer and Two and a Half Men, and she recently dabbled in the behind the scenes world of entertainment as the director of Paint It Black.

At the age of 11, Jonathan Jackson wowed GH audiences with his portrayal of Lucky Spencer, the son of super couple Luke and Laura. Fans watched this tremendous character evolve over the years and grow into a respectable man. Jackson eventually moved onto other Hollywood acting projects, and is currently part of the Nashville cast on CMT.

Who else misses Guiding Light? Brittany entered the soap opera in 1998 as a tween and played the role of Susan Lemay on the for about four years. She later moved on to pursue a career in primetime television and films, and fans may remember her from various roles in Nip/Tuck, Gossip Girl, and Ben and Kate. Snow’s claim to fame is her role within the highly popular Pitch Perfect movies, and she is all set to take part in the third installment of the film which is set for release in December of this year.

Unlike most soap opera characters, GH’s Robin Scorpio never experienced the infamous aging transition known as soap opera rapid aging syndrome; she simply grew at the same rate as the actress who played her, so we’ve literally seen Kimberly McCullough grow up over the years. She entered the role when she was only 6 and still appears on GH now and again. She’s moved on from her Robin Scorpio role and is currently working on projects as a director, not an actor – however her biggest endeavor as of late is motherhood. The former child star is pregnant and awaiting the arrival of her first baby.