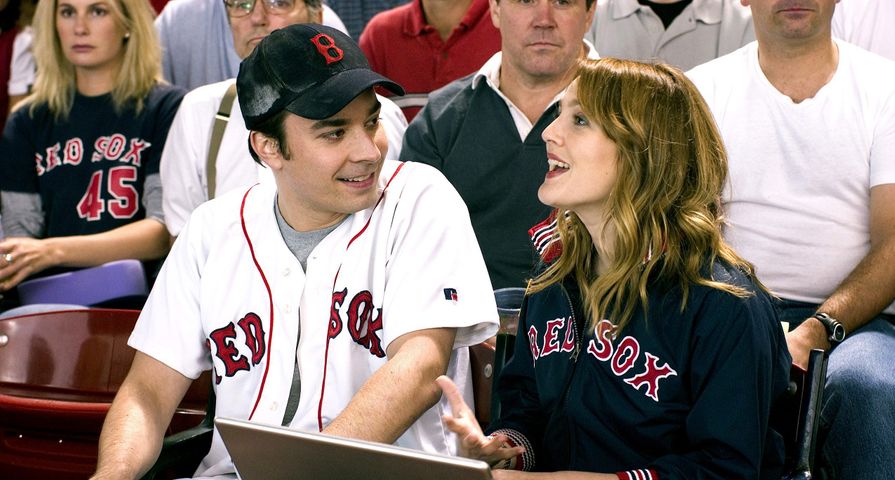 Hold up, wait a minute… Jimmy Fallon was an actor? OK. Everyone knows that, but we bet most people have forgotten about some of his roles in big films, and likely never knew about some roles in some real stinkers. That’s what we’re here for — to connect you to those nuggets of entertainment gold that will someday win you a free order of French fries at your local trivia night. Let’s get to the magic, shall we? Here are seven films that Jimmy Fallon starred/co-starred in that you may have forgotten.

Remember this one? A few of you certainly will, but it’ll come as a shock to newer fans of Jimmy Fallon, and especially those who only know Jimmy from The Tonight Show fame. Taxi was a real stinker. It wasn’t hard to forget. This film paired the unlikely duo of Jimmy Fallon and Queen Latifah–seriously–in an action-comedy of errors from 2004. What was it about? Jimmy played a young, fairly clueless detective trying to solve a series of bank robberies that were pulled off by a group of hot Brazilian chicks. Yes. Gisele Bundchen is in this. That should be your first clue as the quality of acting. Queen Latifah serves as a loud-mouthed, fast-talkin’, New York City cab driver who helps Jimmy’s character in his police business. Sadly, this film was based off a very successful French comedy, once again proving Hollywood sucks at remakes.

Looking at the title, you can see what was so forgettable about this one. Jimmy Fallon is likely the only reason The $cheme ever received direct to DVD distribution. It makes Taxi seem like one of the five greatest films ever made. The story in this film might be good–er, decent–but it is so poorly executed, it is what any sober person would call unwatchable. It is a love story in some strange sense, with another comedy of errors playing friends off one another due to a large sum of money. The best thing about this film: the reviews of the people who checked it out because Jimmy Fallon was in it. Here’s a general rule when selecting a movie: No actor or actress can turn a steaming pile into gold bullion.

5. The Year of Getting to Know Us

This is one of those movies that hurts your heart, because it should have been good. It really could have been good. The story was there, the cast was there… for some reason, it just didn’t come together. The Year of Getting to Know Us starred Jimmy Fallon as Christopher Rocket, who returns home to figure himself out after his estranged father has a stroke. The film co-stars Tom Arnold, Sharon Stone and Lucy Liu and still manages to flop. It’s really an issue of tonality, and poor direction. It’s presumed the script jumps from present to past, as does the finished film, and frankly, this has been done too many times. It’s rather lazy filmmaking, and disconnects the audience from the people you’re supposed to care about. That’s what happens here. The only thing you care about is how quickly this thing will come to an end.

At long last, here’s a film that featured Jimmy Fallon, and it’s actually watchable. It’s far from the greatest film ever made, but it does star a stellar cast–led by Ellen Page–and a fun story about roller derby. Whip It was released in 2009, and is based on the novel by Shauna Cross. Drew Barrymore was in the director’s chair for this one, so this film had plenty of girl power from the top to the bottom. Of course, if Drew is in charge, you can pretty much rest on the fact that Jimmy Fallon will be involved somehow. In this particular foray into filmmaking, Jimmy played the role of “Hot Tub” Johnny Rocket, no relation to his character Christopher Rocket in The Year of Getting to Know Us. Is Whip It worth a viewing? Oh yeah. It’s fun. The story is understated, but engaging and the cast delivers.

You don’t often think of Jimmy Fallon being in the mix of a historical biopic, but he made the grade for the cast of Factory Girl. This gem chronicles the roller coaster life of Edie Sedgwick, the American socialite who became a muse of Andy Warhol, and soon thereafter endured a relentless downward spiral. Jimmy isn’t the star of this film, rather a player in the mix of sassy, 1960s New York City. Andy Warhol is played by Guy Pearce, and Jimmy plays the role of Chuck Wein, Edie’s dear friend who first attends a session at The Factory with the ingenue. The Factory was Warhol’s famed studio where art was made, and acts of God-knows-what took place on the regular. In terms of Jimmy Fallon as an actor vs. a pleasant, comedic personality, this was another great glimpse into the deep pockets of talent he possesses.

This film. Gotta chalk up a win for the filmmakers for possibly breaking the curse of the Red Sox, and helping deliver a World Series to Boston. Fever Pitch starred Jimmy Fallon and Drew Barrymore, their love for one another and Jimmy’s love for the Boston Red Sox. Well…the characters, we should say. This is one of the better Farrelly Brothers comedies from a filmmaking standpoint, and it probably helped that they had no choice but to rewrite the script after Boston clinched the pennant, and then went on to win the World Series. Several scenes from the film took place at actual Major League Baseball games, including the Red Sox victory over the St. Louis Cardinals, in Game 4 of the 2004 World Series. This also led to all the rumors of Jimmy and Drew having a romance that extended beyond the screen.

Almost Famous is almost perfection. There aren’t many films that feature the world of music that are better than this one. Cameron Crowe had more than enough personal experience from which to draw for this rock ‘n’ roll epic. Jimmy showed up midway through this one, playing the role of Dennis Hope, a savvy businessman who was hoping to become the new business manager of the fictional band, Stillwater. Hands down, it’s Jimmy’s best acting effort in a legitimate drama, and he was able to offer enough of his strengths to the character that it lightened the sometimes heavy laden scenes of the band having disagreements. This film is not one that is easily forgotten, but for those who have never seen it, or haven’t seen it since it’s glory in theaters, yep, Jimmy is still in it.