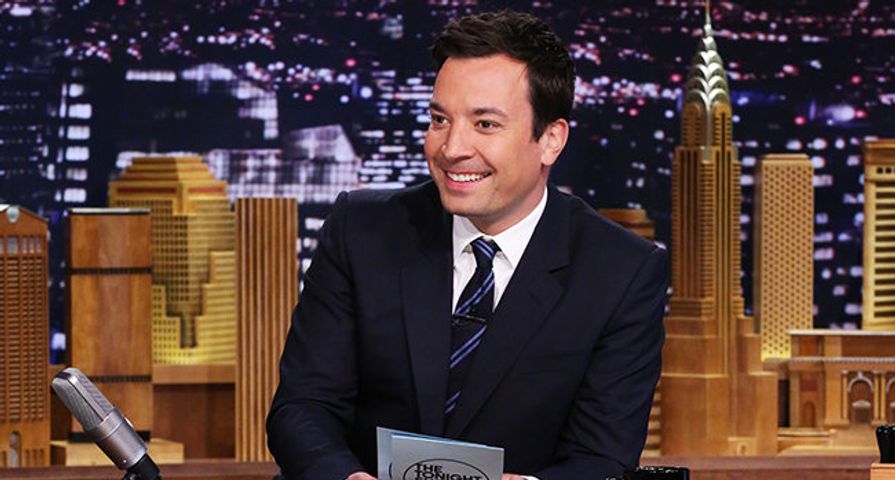 Jimmy Fallon has a lot of living under his belt for looking so young. What does that mean? There have to be about a million things about the guy that we don’t know. Who saw the Nicole Kidman thing coming last year? Really? Nicole Kidman, Jimmy!? The increasingly popular host of The Tonight Show has enjoyed a pretty tremendous career, and it seems to be the gravy on a truly exceptional life. Here are 10 things you maybe didn’t know about Jimmy–unless you’re one of those stalker-type fans, then you’re way ahead of us.

Jimmy didn’t just “happen” to star on Saturday Night Live. He put himself on the path to comedy through his teenage years, and through his young adulthood to score an audition, and a eventually a permanent role on the beloved American sketch comedy show. Jimmy grew up a huge fan of Saturday Night Live. He appreciated the legend and lore that emanated from his beloved New York City. He eventually decided to pursue the dream of being on the show, diving into the world of stand-up, and sketch comedy after moving to Los Angeles in the mid-1990s. Jimmy is a perfect example of an individual who continued to work and climb the success along the way. Scoring his job on Saturday Night Live was pretty much the brass ring, and since then, he has been letting his luck ride. It has been quite a winning streak.

9. First Role Was on Spin City

Before Jimmy Fallon booked his long-running gig on Saturday Night Live, he actually booked a featured role on the former Michael J. Fox (eventual Charlie Sheen) sitcom, Spin City. He played a party photographer who was taking Polaroid pictures of individuals outside of an event. Yeah. This was 1998, kids. Long before the smartphone era. It was a better time. People used to talk to one another while waiting for things. Enough digression. Jimmy was technically an “Under 5” on this particular episode, meaning he had less than five lines. Still, he had to be completely geeked when he realized his scene was with none other than Alan Ruck, who played Cameron Frye in the cult classic, Ferris Bueller’s Day Off. You can imagine Jimmy’s excitement realizing this, and telling his buddies back in the day. How was Jimmy in the role? Funnily odd, but that’s Jimmy.

There’s no denying Jimmy Fallon’s musical chops. For the most part, Jimmy is a self-taught musician. He can play the guitar and sing, as we’ve all witnessed in his recent lip syncing battles, but these talents go way back in Jimmy’s life. He’s an old hat in the realm of singing, having appeared in pretty much every stage production his high school had to offer, and using his musical talents as part of his comedy acts back in the day. One thing many people don’t realize: Jimmy has released a few singles. He’s never gone full original album, like one of his inspirations, Adam Sandler, but he has offered a compilation of some of his greatest impressions and hits on a 2012 release Blow Your Pants Off. This includes his Jim Morrison throwing down “Reading Rainbow,” which…honestly sounds like something The Doors would have done.

Jimmy Fallon doesn’t talk about his kids all the time like some hosts of some shows have been known to do, but he does love his two little girls, Frances and Winnie. Yes, the names are as adorable as we imagine they are. Winnie is the older sister, born in 2013, and little sister Frances came around a year later in 2014. Here’s the crazy, and very emotional thing about fatherhood for Jimmy. He and wife, Nancy Juvonen desired children pretty much since their marriage in 2007, but the couple struggled to conceive. This led to the eventual use of a surrogate to welcome Winnie into the world. Jimmy was very candid about this in a few interviews, and it was one of those few moments where you catch a glimpse of the very grounded individual who lives underneath the continuously bubbly optimism.

6. He Is Genuinely Optimistic

We’ll address Jimmy’s critics momentarily, but one of his main criticisms is that he has to be fake…no one can possibly be so cheerful. The truth is, Jimmy is genuinely that cheerful, and quite optimistic. When Jimmy is in public, he’s completely approachable, and on good authority, you can trust…when he wants to withdraw, he’ll throw on the hat and hoodie, then trudge through the streets of New York with his head down. Fact is, Jimmy was twice the director of his high school social calendar. He loves people. And when you’re a people person, it’s tough to the keep the wool over the eyes of the masses. There’s also a rarely known tidbit about Jimmy hanging with some regular folks in a NYC bar the days following 9/11, trying to imagine how they could possibly make people laugh on SNL that fall.

He may have played a Boston Red Sox fan more than once in his life, but Jimmy is a true-blue, die-hard, New York Yankees fan. Born in Brooklyn, and raised upstate in Saugerties, Jimmy only knew and respected the pinstripes, while razzing the lowly Boston Red Sox and their fans. It is exceptionally ironic that Jimmy was part of the film Fever Pitch, playing a man who possessed an long suffering love of the Red Sox, and had accepted them as lovable losers. But in a twist of events the Sox go on a miraculous run to defeat his beloved Yankees by winning four straight games. They go on to dispatch the second most championed team in all of baseball, the St. Louis Cardinals and win the 2004 World Series. We’re not saying Jimmy had everything to do with it–it was probably all the steroids the 2004 Sox were on–but Jimmy couldn’t have hurt.

Of all the far-fetched things you might hear about Jimmy Fallon…there’s no way Jimmy wanted to be a priest. Did he? Yep. He did. Jimmy’s parents raised him to be a good little Catholic boy, and respect the tradition of the old Roman Church. Jimmy was so good at being Catholic that he was even an alter boy as a youth. That’s when he thought he might like to pursue the priesthood. Obviously, his parents took a liking to this idea, and with him suggesting such an ambition at an early age. That changed a bit when he got to high school and he started to garner attention for his ability to entertain. It’s not to say the Catholic church couldn’t use some more entertaining priests, but Jimmy developed ideas involving other life paths.

Now to address the haters. The people tossing Jimmy some regular shade. Who knew Jimmy had so many “non-fans.” There is an entire faction of people who can’t stand Jimmy Fallon. They can’t stand his impressions. They can’t stand his songs. They can’t stand how he interviews guests. They can’t stand the stupid games they play on The Tonight Show, and mostly, they hate how fake he must be, because nobody can be that happy all the time. The thing about Jimmy. Even when he’s trying to be serious, people laugh. What are you gonna do? Considering Jimmy: he probably loves to laugh more than making people laugh. This was evidenced often on Saturday Night Live, as he struggled through sketches with legends like Will Farrell and Amy Poehler. Bottom line, haters gonna hate. We love Jimmy. And his ratings speak for themselves.

2. Once Modeled for Calvin Klein

C’mon, now. This can’t be true. Jimmy Fallon never modeled for Calvin Klein. Well, actually he did. It was a one time thing, and he booked the ad when he was a cast member of Saturday Night Live. It was a strange ad. Jimmy crouched in an interesting motif, with a ball of orange and yellow flame exploding behind him. We’re guessing it was a suggestion that Jimmy had exploded onto the scene, and he was going to subsequently burn it all up. Maybe the team in charge of that ad was way ahead of the curve. While that was a paid “modeling” gig, Jimmy has also enjoyed some paid endorsement deals. A favorite has to be the voice of Maker’s Mark whiskey. Again, we’re not saying Jimmy was the reason why all the hipsters and kids started drinking bourbon, but he certainly didn’t hurt the spike in popularity.

Jimmy Fallon graduated from Saugerties High School in 1992, where his fellow classmates voted him, “Most Likely To Replace David Letterman.” If that isn’t an omen…Jimmy’s classmates had a beat on his future path, that’s for sure, and it’s amazing that they came so close to hitting one really specific nail on the head. Jimmy’s path to The Tonight Show was certainly unexpected for all parties involved, but one could see he had become the heir apparent after the debacle with Jay Leno and Conan O’Brien. At that point, NBC/Universal needed to bridge a gap while Jimmy built a following with Late Night. It took a minute or two to establish a rhythm, but it became the brand of fun that had been missing since Johnny Carson retired. Congrats to all Jimmy’s former classmates. You earned your High School diplomas with that futuristic call.