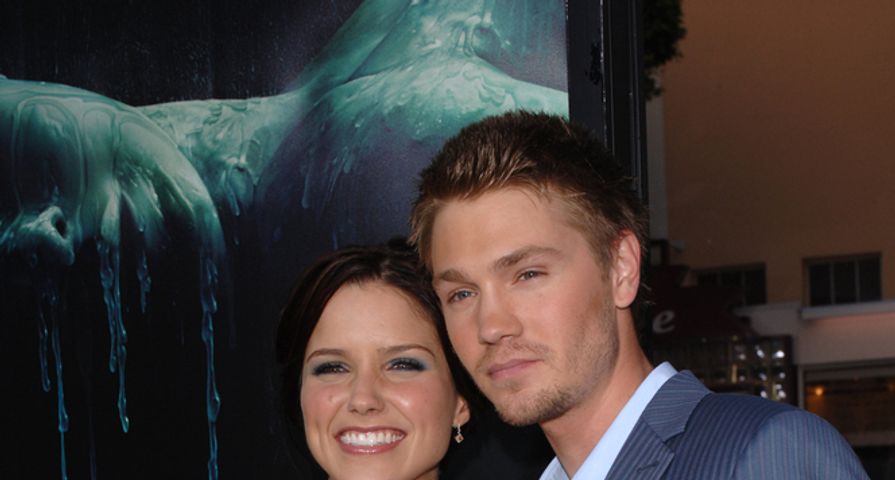 Binge-Worthy Iconic Movie Franchises And How Long It Takes
When it comes to the entertainment industry, costars are notoriously famous for hooking up with each other. The chemistry on-screen can be so intense that it translates off-screen as well. While there have been a few Hollywood couples who have worked together and maintained a romantic relationship off-screen, more often than not, these couples end up breaking up. Unfortunately, these stars still have to work together and maintain a professional relationship when the cameras start rolling again. It’s a tough job convincing fans of the show that their characters are madly in love after a devastating split in real life, but these professionals seem to have accomplished it. Check out our list of 13 celeb couples who broke up but still had to work together.

Back in the late ’80s and early ’90s, well before her long relationship with Gavin Rossdale, and way before her current relationship with Blake Shelton, Stefani began dating her No Doubt bandmate Tony Kanal. Stefani admitted that the relationship was very intense, saying, “…all I ever did was look at Tony and pray that God would let me have a baby with him.” Unfortunately, the two instead ended up splitting which caused a major rift in the band, but luckily they were able to work it out and the breakup actually spawned one of their biggest hits, “Don’t Speak.”

For years, Jennifer Lopez and Marc Anthony were very close friends but then in 2004, they started a relationship. After seven years together, the pair split in 2011, right in the middle of when they were filming for the reality competition series Q’Viva! The Chosen. Not only did they remain amicable for the show, they have remained very close since their breakup, including sharing a kiss at the Latin Grammy Awards in 2016 and are currently working on Lopez’s second entirely Spanish album.

Blake Lively and Penn Badgley started dating when they co-starred on the hit drama series “Gossip Girl.” They dated from 2007 until 2010; however, their on-screen characters – Serena and Dan – ended up dating a lot longer than they did. After Lively and Badgley broke up, they still had to work together until 2012 when “Gossip Girl” wrapped for good.  According to Badgley, these two former lovers didn’t have any trouble working together after they broke up. “No, we were ultimately professional,” he said.

Rachel Bilson and Adam Brody had great on-screen chemistry on the set of “The O.C.,” which was why no one was surprised when these two started hooking up off-screen as well. Even though they dated for a few years and were reportedly living together, they ended up growing apart. Bilson and Brody broke up in 2006; however, they still had to film the last season of “The O.C.” together. These two still had great on-screen chemistry, but a reconciliation off-screen was not in the cards.

Like so many young co-stars, a romance blossomed off-screen for Dawson’s Creek stars Katie Holmes and Joshua Jackson while filming the hit series in the late ’90s. The two were surprisingly able to keep their relationship somewhat under the radar, and even though they split long before the show came to an end, they were able to remain friends and even worked through a romance on-screen between their two characters.

Gwyneth Paltrow and Ben Affleck reportedly hooked up on set of the Oscar-winning film “Shakespeare in Love.” While they dated on-and-off for a couple of years, these two were not meant to be together; however, that didn’t stop them from working together again. According to Paltrow, she was able to convince Affleck to work with her on the movie “Bounce.” She told him that it was a good role for him because it was different than anything he had done at that point and he agreed.

Michael C. Hall and Jennifer Carpenter may have been siblings on the hit series “Dexter,” but off-screen they were anything but. These two eloped in 2008 after they fell in love on set; however, after two years of marriage, Carpenter filed for divorce, citing irreconcilable differences. Around this time, rumors were rampant that the marriage ended because Hall was hooking up with Julia Stiles, who played his character’s accomplice and love interest during season five.

It seemed like every Twilight‘s fan dream come true when the saga’s two stars fell in love in real life. It ultimately become one of the most talked about and publicized celebrity relationships of the 2000’s, and after a few breakups and makeups, the pair finally called it quits in 2012 after Stewart’s major cheating scandal. Luckily, the pair were able to keep it professional while they finished the final Twilight film and embarked on a six month worldwide press tour immediately after splitting.

After all of the jokes about their characters ending up together even though it was unlikely on The Big Bang Theory, it really did happen when stars Kaley Cuoco and Johnny Galecki took their romance off-screen. The two actually embarked in a very serious two year relationship, but in 2009 they decided to back to being friends, in perhaps one of the most amicable celebrity splits ever. Now, they have not only continued working together for eight additional years, but still portray a couple on the show!

Sophia Bush and Chad Michael Murray met when they were playing on-screen lovers on the show “One Tree Hill.” They were married in 2005; however, after only five months of marriage, they separated and then divorced. Rumor has it that Murray was cheating on Bush with one of the extras on the show, Kenzie Dalton. In spite of any ill will, these two continued to work together until Murray finally left the show after Season 6. “My job is my job, and my personal life is my personal life, and I keep them separate,” Bush told People.

Ian Somerhalder and Nina Dobrev met while they were co-starring on the CW television drama series “The Vampire Diaries.” After playing on-screen lovers, these two fell in love off-screen as well; however, after a few years of dating, they broke up in 2013, much to their fans’ dismay. Even though Somerhalder and Dobrev are no longer involved romantically off-screen, they still have great on-screen chemistry together, which keeps fans hoping that reconciliation may be in the works.

HGTV stars Christina and Tarek El Moussa had no problem becoming two of the network’s most popular stars with their hit series Flip or Flop. Fans loved the couple and business partners, but in late 2016 it was revealed that after seven years of marriage and a ton of success in their personal lives, the pair had split. While the split become highly publicized, it was most surprising that the two had agreed to continue working together on their hit show, even despite rumors of the divorce turning ugly. “We will continue to work through this process civilly and cooperatively, and plan to continue our professional life together,” the pair said in a joint statement.

Cameron Diaz and Justin Timberlake had to promote “Shrek the Third” together after they had broken up. It must have been a positive experience because these two worked together again a few years later on the movie “Bad Teacher.” “Justin and I are great friends. We love each other. We want the best things for one another. We’ve always been able to laugh together and so to do a comedy together was – to make movies is a blessing. It really is a privilege and it’s not lost on either one of us – so we had the opportunity to do it together,” Diaz said.