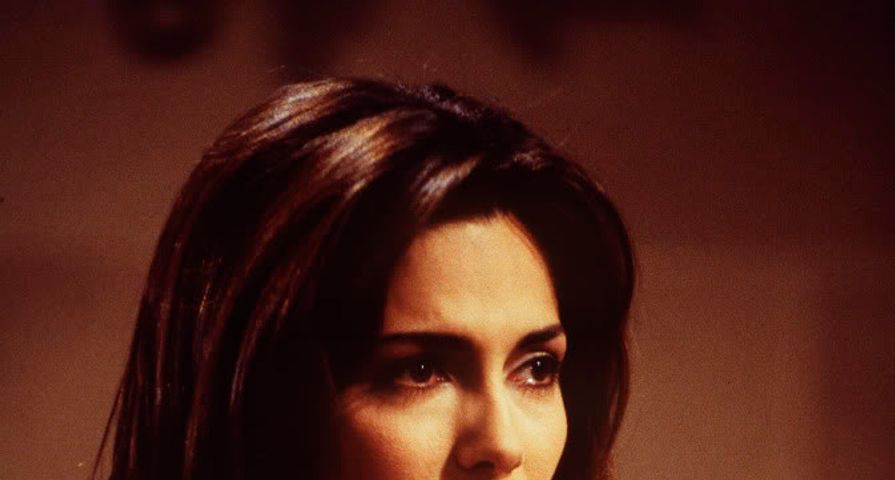 In the world of daytime drama, fans grow very attached to the over-the-top characters who grace us with their presence daily. There are many reasons why characters leave the show — it can be due to contract negations, or the fact that the actor/actress who plays the role is simply pursuing other opportunities. Sometimes characters move on due to lagging storylines, to spice up the story or simply for shock value. Regardless of what the reason might be, when these characters leave, daytime audiences miss them terribly. As such, below is an overview of just some of the soap opera characters who deserve to make a comeback.

6. Shane Donovan – Days of Our Lives

In the early ‘80s, Shane Donovan was a staple on Days of Our Lives (DOOL), keeping an eye on Stefano DiMera, and living up the super couple life with Kimberly Brady. With English accent in tow, the handsome ISA agent made fans swoon with his intellect, and romantic streak. With Days currently relying on its older cast members to keep things interesting, bringing back Steve Johnson, Kayla Brady, and a momentary revival of Bo Brady. Maybe it’s time to think about giving Shane a comeback? His daughters Teresa and Eve have settled nicely in Salem, he has a grandson to get to know in Tate, and there are probably several different angles that could help tear him away from where ever he is now, and bring him back to DOOL.

It’s only been months since the brilliant attorney walked away from Genoa City, much to the dismay of many Young and the Restless (Y&R) fans. As the younger sissy to Phyllis, anyone wonder if Avery could have perhaps talked some sense into Red as of late and calmed her (and the crazy shenanigans that she and Billy concocted) down a bit? With a sister and niece still residing in Genoa City, not to mention friends, and a two ex-lovers that might be hard to forget, perhaps Avery can once again make her way to Y&R screens as the show simply hasn’t felt the same since she left.

Nothing could stir up quite a spark on General Hospital (GH) more, than a return of Jasper Jacks. Would this cause problems with Carly and Sonny’s relationship? How would the Quartermaine’s react and how would a return affect ELQ? Not to mention the fact that Jacks has a daughter he needs to catch up with. Affectionately known as Jax to many fans and characters on the show, Ingo Rademacher was a prominent figure in Port Charles for many years, playing his infamous Jax character (on and off) from 1996 to 2013. Nothing spurs excitement in the hearts of GH fans like a little bit of Jax during the day and a comeback is not only timely, but deserving (for both the character, the actor, and GH fans alike).

3. Stephanie Johnson – Days of Our Lives

The Johnson clan is going through a lot these days. They battled the evil Ava Vitali, affairs, murder trials, Joey’s hatred of his father, and they are now dealing with health issues from Kayla. Super couple Patch and Kayla have had a roller coaster ride of emotions, deciding to come together and then splitting up. But where is Stephanie in all this? Seems like it’s time for the eldest Johnson sibling to make a comeback on the show and fully reunite the family, especially during a time when there is such a need.

2. Brad Carlton – Young and the Restless

Don Diamont is currently enjoying a nice run on The Bold and the Beautiful, but there isn’t a Y&R fan out there that would love to see him back in Genoa City. In fact, the show simply hasn’t been the same without him since his character, Brad Carlton, passed away in 2009. With Abby Newman, his adopted daughter is still very much in the Y&R picture these days, re-entering the show would help re-unite her with a true father figure she has missed over the years. Brad also still has plenty of ex-wives and loves in Nikki, Vicki, Ashley, and Sharon to rekindle romances with as well. Unfortunately, his death in 2009 was quite final when he saved Noah Newman and ended up drowning and freezing under a pond on a chilly January night. His body was found, which is never a good thing in the land of soaps and a formal funeral was held. An excellent storyline in terms of tear-gushing emotion, as Brad was such a staple on the show; however, hard in terms of the character returning. Still, this is Genoa City, and in the land of soaps…is anyone ever really dead?

A returning Jasper Jacks would certainly create a splash in Port Charles. A returning Brenda Barrett would cause absolute chaos! Sure, Sonny is quite happy with Carly right now, but when Brenda exited GH in 2013, there was still love between the two. The missing link for them to sustain a relationship has always been terrible timing, and perhaps a comeback from Brenda could help rectify that. Brenda not only has ties to Sonny in town, she also has built a bond with his family, as well as the Quartermaines and could easily be re-immersed into GH storylines.