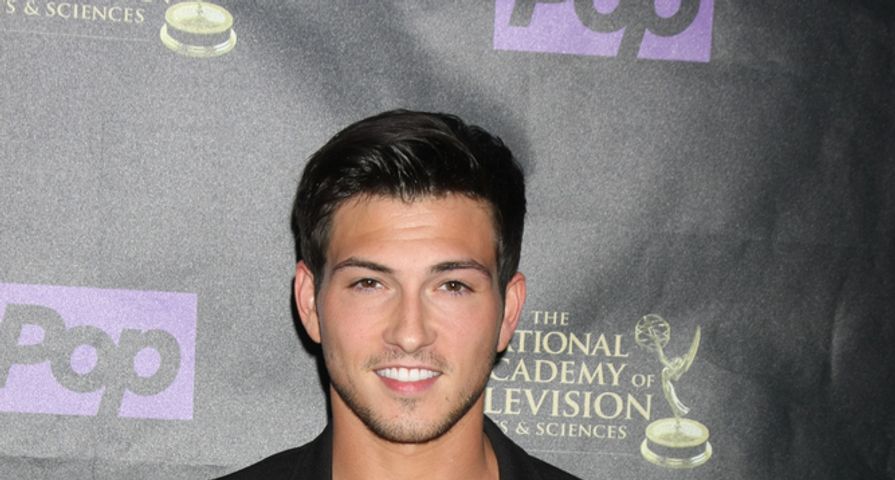 Unfortunately the 2016 Daytime Emmy Awards will not be televised this year live, but they will be taking place on May 21st. The event offers a platform for the best of the best in daytime drama to be acknowledged. While it must feel great to be nominated – or even win – what happens to those actors and actresses who have worked their hardest all year only to be snubbed by the National Academy of Television Arts and Sciences? It is a hard pill to swallow, but it happens all the time. Here’s a list of 2016’s top six soap opera Emmy snubs.

As it stands now, the following ladies have received Younger Actress nominations, for an Emmy this year: The Bold and the Beautiful‘s (B&B) Reign Edwards (Nicole) and Ashlyn Pearce (Aly); General Hospital‘s (GH) Brooklyn Rae Silzer (Emma); Days of our Lives’ (DOOL) True O’Brien (Paige); and The Young and the Restless‘ (Y&R) Hunter King (Summer). While Camryn Grimes was included in the list of pre-nomination nods, it is shocking, considering the evolution Mariah has gone through, not to mention the tremendous performance done by Grimes, that she did not make the final cut list. What is even more shocking is that her costar, Hunter King, the actress who plays the ever-one-dimensional Summer Newman, did make the cut.

Congratulations goes out to the these actors for gaining a 2016 Daytime Emmy nod for the category of Outstanding Younger Actor: B&B’s Pierson Fode (Thomas); GH’s Bryan Craig (Morgan), Nicolas Bechtel (Spencer), and Tequan Richmond (TJ); and Y&R’s Max Ehrich (Fen). But what about little Jake Spencer (or Morgan/Quartermaine for that matter)? The child returned from the dead last year for goodness sake! Not only that, he had to deal with leaving the grips of the evil Helena Cassadine, mommy and daddy issues, seeing his biological father struggle with his identity, re-enter into a dysfunctional family unit, and deal with some pretty incredible mental health issues of his own. It’s a shocker that this little actor was snubbed by the Academy this year. The good news is: he’s young, talented, and has many years ahead of him to not only snag a nomination, but a statute too!

The following are nominees for a 2016 Daytime Emmy for Supporting Actor: B&B’s Jacob Young (Rick); GH’s Sean Blakemore (Shawn) and Dominic Zamprogna (Dante), as well as the Y&R’s Steve Burton (Dylan) and Bryton James (Devon). But what about DOOL’s Robert Scott Wilson? He makes the snub list out of sheer craziness! Not only was Wilson part of one of the biggest DOOL storylines of the year, the way he evolved from normal to out-right crazy, was incredible. The cold-heartedness of capturing Abigail, putting her baby at risk, and strapping Chad and her to a bed as he lit the room on fire was terrifying to watch, yet provided some of the best acting on a daytime drama for the year. With Rogers potentially back on the show, here’s hoping he does not get snubbed in 2017.

The following actresses are nominees for this year’s Daytime Emmy award in the Outstanding Supporting Actress category: B&B’s Linsey Godfrey (Caroline), Days’ Melissa Reeves (Jennifer) and Peggy McCay (Caroline), as well as Y&R’s Lauralee Bell (Christine) and Jessica Collins (Avery)…however once again, the Academy has forgotten about Kirsten Storm. Playing the lovable, strong-willed, and quirky Maxie Jones, the last time this actress and fan favorite was given a Daytime Emmy nod was for the Younger Actress award in 2009. Maxie has had a lot of ups and downs over the years, and continues to evolve her character, creating a soap persona that has become a staple on GH.

While anyone can agree on these year’s Emmy nominations for lead actress (DOOL’s Kassie DePaiva and Mary Beth Evans; GH’s Maura West Ava and Finola Hughes; as well as Y&R’s Tracey Bregman), what is shocking is Kristian Alfonso’s Emmy snub this year. Undoubtedly one of the strongest female characters to hit the daytime screen, Hope Williams had an incredible and overwhelming year. It turned out that the man she thought she was in love with was scum, then her former soul mate turned out not to be scum and just as she thought she was close to her ‘happily ever after’…the love of her life dies within days of his return to Salem. Incredible acting by Alfonso in 2015, which makes it that much more disheartening that she was snubbed by the Daytime Emmy’s this year.

Speaking of, the other half of super couple Bope also seemingly got snubbed in 2016. In fact, the incredible Peter Reckell was last nominated by the Academy in 2009 for Lead Actor and did not win. While those nominated this year are well deserving (GH’s” Tony Geary and Tyler Christopher, as well as Y&R’s Justin Hartley, Kristoff St. John, and Christian LeBlanc), some are also repeat offenders when it comes to Emmy nominations and wins (this 2016 nomination brings Geary up to 16 Emmy nods, and potentially nine Emmy wins, LeBlanc, Christopher and St. John have also been acknowledged by the Academy previously). It’s just sad that Reckell was not acknowledged this year, as he portrayed his iconic role of Bo Brady, for the last time.