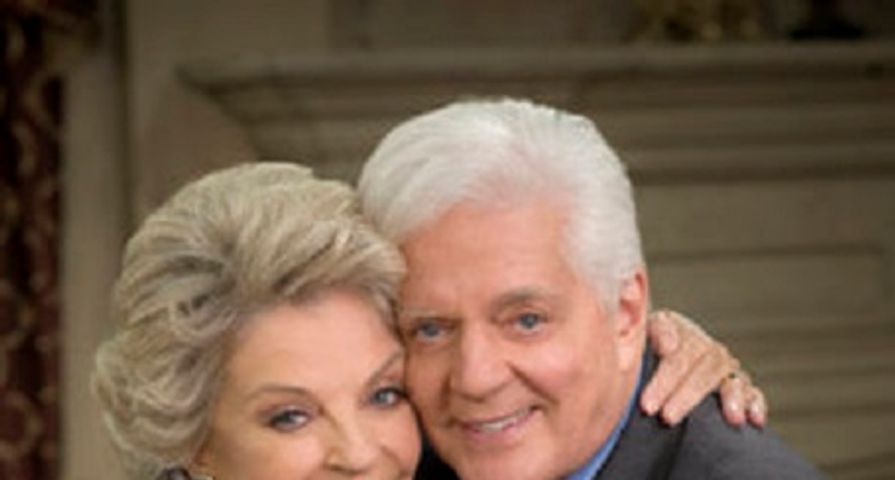 Soap opera fans fall in love with certain characters, and as a result grow quite attached to them over the years. These characters can be either heroes they look up to or villains they love to hate, but long-standing characters carve a niche in a soap fans’ everyday life. Audiences wouldn’t tune in daily and weekly if they were so invested in these larger-than-life soap personas. Among the many deaths and those who simply choose to move away from the little soap opera town they live in, it is a true testimony to a daytime actor/actress (and character) when a role can remain on screen for years or even decades! Today, Fame 10 pays homage to six of the longest-running soap opera roles in daytime television.

6. Nikki Newman – The Young and the Restless

Hard to believe there was ever a time in Genoa City when Nikki Newman was not pining over Victor. Alas, the character actually debuted in 1978 (two years before Victor landed) and was originally played by Erica Hope which may be another difficult thing to imagine for some die-hard Young and the Restless (Y&R) fans. Melody Thomas Scott entered the role a year later, and has been playing the matriarch of the Newman clan since. With close to 40 years within the same Y&R role, Nikki has evolved from a confused teenager, to a stripper and then one of the most powerful women in Genoa City. Sure, she’s having some tough times now, but if the past indicates the future, it won’t be long before she gets clean, sober and back in to Victor’s arms.

5. Paul Williams – The Young and the Restless

Most Y&R fans know that Paul and Nikki share an incredible past together. They had adventures, romance, love and conflict. The beauty of their relationship is that no matter what they have been through, they’ve managed to stay close friends. While the characters debuted the same year, the interesting fact about Paul Williams is that one actor has played him throughout the entire character’s tenure. For over 38 years, Y&R fans have fallen in love with the handsome, dapper, smart, and oh-so funny Williams, making him the longest-running cast member that is currently on the soap opera.

General Hospital (GH) fans don’t get to see Bobby Spencer often these days, but when they do, it is often a refreshing surprising. As the sister of the infamous Luke Spencer and mother to GH regulars Carly Corinthos and Lucas Jones, Bobby does grace Port Charles now and again. She first debuted her character in 1977 and enjoyed years of being in the spotlight as one of the main characters on the show, playing a nurse with a heart of gold. Who could forget her catty feud with fellow, beloved GH character Lucy Coe? Bobby has always been feisty, quick-witted and the evolution of this bad girl turned heroine in the early ‘80s was an incredible watch.

While the Quartermaine clan continues to dwindle, with the passing of Lila, Edward, Emily, Alan, and A.J., one character consistently remains to keep the legacy of this dynasty alive: Monica. While she married into the family, when GH fans think ‘Quartermaine,’ more often than not, they think of Monica (and her sister-in-law- Tracey too) The character debuted in 1976 and was portrayed by Patsy Rahn, and then in 1977, Leslie Charleson swooped in and has been playing the iconic role ever since.

2. Doug Williams – Days of Our Lives

As the longest-running Days of Our Lives (DOOL) cast member currently on the soap opera, Bill Hayes has been playing Doug Williams since the character debuted in 1970. He landed in Salem when he and Bill Horton were cell mates. When Doug sprung out of prison, he headed straight for the small town and the rest is history. The best part of the story? He’ll forever be part of the sweetest and largest family in Salem – The Hortons – as Hope’s father. Doug also met the love of his life, Julie (another Horton), and was able to transfer his onscreen love into reality, by falling in love and marry Susan Seaforth Hayes, the actress who plays Julie.

1. Julie Williams – Days of Our Lives

Julie Williams tops this longest-running list with a character that debuted in 1965! While the character has seen its fair share of actresses play the role (Charla Doherty from 1965 to 1966; Catherine Dunn in 1967; Catherine Ferrar from 1967 to 1968), it seemed that all changed in 1968 when Susan Seaforth Hayes began playing Julie. Having her ups and downs with Doug over the years, things have really settled down for the couple over the past two decades, and they are both currently enjoying some regular air time on the soap opera as well, helping to pave the way for all DOOL super couples that have followed. Sure, it may seem a little weird that she plays the role of step mom and much older half-sister to Hope, but when it comes to family and love, this all seems like an oversight.