5 Soap Opera Couples We Wish Would Break Up 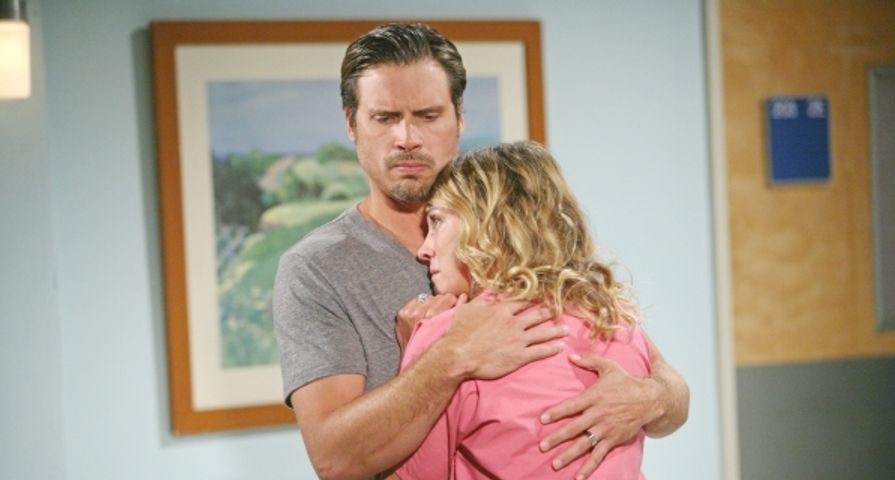 There is nothing worse for a soap opera fan then watching two characters that shouldn’t be together, carry on with a bland relationship. In a world of romance, love, and soap opera super couples – when two characters don’t have belong together, it can be agonizing to watch daily and weekly. Below is a top five list of some soap opera couples that we wish would just break up already.

5. Summer Newman and Kyle Abbott – The Young and the Restless

Sure, their romance started off pretty interesting. Older man, younger impressionable girl. Add their Capulet-Montague-like family feud, and they really did have a recipe for a solid soap opera couple. Then of course, there was that awkward time period where they thought they were half siblings; still, once they realized they weren’t, all that sexual tension that had been building over the years should have exploded…right? Well, not so much. Cast changes for Kyle could’ve been the downfall of this couple, not to mention Summer’s less than stellar character development (time to grow up Summer…SORAS has turned you into a young woman, quit acting like that little girl who use to take her stuffed bunny everywhere). Whatever it is, the couple needs to end, and needs to end now.

Source: Twitter/The Young and the Restless

4. Belle Brady and Philip Kiriakis – Days of Our Lives

Considering the history these two have, it was more than lame that Belle ran into Philip’s arms immediately after she rolling into Salem when she and Shawn Douglas split. Once again, recasting strikes again, and this couple simply does not have the same chemistry they once had together, during their younger years. While sometimes there is no need to reinvent the wheel, in this case, both characters may need a fresh love interest to re-immerse themselves back into the daily drama.

3. Victoria Newman and Billy Abbott – The Young and the Restless

Victoria and Billy were a super couple when Billy Abbott was played by Billy Miller. I say was, because constant recasting of this character by Young and the Restless (Y&R) producers has not only ruined the persona of Billy Abbott, it has also ruined the super couple status Billy and Victoria once shared. While Jason Thompson is doing the best job portraying this character since Miller departed, the chemistry between Vicki and Billy just isn’t there. Not to mention the fact that character-wise, Victoria should have long given up on Billy and his countless mistakes. It’s time for both Billy and Vicki to start fresh, and find new love.

At first, this couple seemed so quirky, they were cute. Two Port Charles outcasts that found each other. Defying the odds, and Franco’s mother, they really fought to be together. Franco has also helped encourage Nina to evolve out of her former frail self, into a pretty solid player at Crimson currently. However, they don’t seem to be seeing eye-to-eye lately on the issue of children – and speaking of eyes, Franco seems to have something going on with Elizabeth Webber. It’s clearly time for both characters to break up, and move on.

1. Sage and Nick Newman – The Young and the Restless

This relationship is like a train wreck: hard to watch, but somehow, you keep your eyes glued to it, hoping something will get better. When Sage flew onto the Y&R scene in late 2014, and developed a relationship with Nick shortly after, it seemed to be a case of too much, too soon. They shared incredible milestones, which take some couples years, within months. They fell in love, got pregnant, got engaged, dealt with paternity issues around the baby, got married, had a baby, lost that child, grieved together, attended counselling, and led a crusade to bring Dr. Anderson down — all within a matter of months. The characters initially had some chemistry in the beginning, but Nick has had more intense relationships in the past (Sharon and Phyllis anyone?). Now, with Sharon (unknowingly) having their child, and with everyone in pursuit to find out the truth about Dr. Anderson and her murder, there is zero hope that this couple will be breaking up, anytime soon.