21 Stars Who Have Adopted! 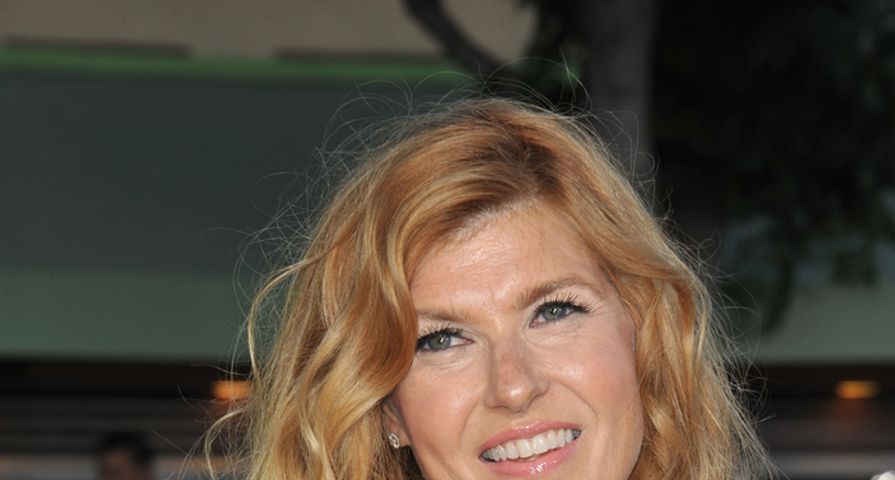 When the words “celebrity” and “adoption” come up, people automatically think of Angelina Jolie. However, over the years, many other celebrities have adopted children from around the world – they just haven’t received the same amount of attention as Jolie! Here is a list of 21 stars who have adopted!

Mia Farrow has adopted 11 children in total over the years. She began adopting children with her second husband André Previn in 1973; together, they adopted three children during their nine year marriage – two from Vietnam and one from South Korea. With her ex-partner Woody Allen, she adopted two children. After she and Allen broke up, Farrow adopted six more children.

Angelina Jolie and Brad Pitt have three adopted children together. Jolie adopted Maddox from Cambodia back in 2002 with Billy Bob Thornton; in 2005, she and Pitt adopted Zahara from Ethiopia; and, in 2007, they adopted Pax from Vietnam.

In 2006, Meg Ryan adopted a 14-month-old girl from China named Daisy True. According to the “When Harry Met Sally” actress, before she adopted Daisy, she had spent 10 years trying to adopt domestically, but it didn’t work out.

“The Biggest Loser” star Jillian Michaels and her partner Heidi Rhoades adopted a two-year-old daughter from Haiti in 2012.

Sandra Bullock adopted a son, Louis, in January 2010 with her husband-at-the-time, Jesse James. They kept the news private until after the Oscars that year. Unfortunately, James’ cheating scandal broke before news of the adoption did!

In 2006, Madonna and Guy Ritchie adopted a boy from Malawi, David Banda Mwale, who had been suffering from pneumonia after he had survived malaria and tuberculosis. In 2008, Madonna adopted a daughter from Malawi, Mercy.

Charlize Theron announced that she had adopted a son, Jackson, in 2012. He was only nine days old. The “Monster” actress has spoken out in the past about her desire to adopt. “There are so many unwanted children on this earth and it’s our job to care for them. And if we don’t we’re doing the world a disservice.”

Katherine Heigl has adopted two daughters with her husband singer Josh Kelley. They adopted their first daughter, Nancy Leigh, in 2009 from South Korea and, in 2012, they adopted another baby girl, Adalaide Marie Hope, domestically.

When Nicole Kidman and Tom Cruise were married, they adopted two children together. In 1993, the couple adopted a daughter Isabella and, in 1995, they adopted a son Connor.

In 2011, Denise Richards adopted a third daughter domestically as a single parent (her first two daughters are biological and Charlie Sheen is their father). The little girl’s name is Eloise Joni. The adoption process reportedly took about two years!

Calista Flockhart adopted her son Liam in 2001 when he was an infant. A year later she met Harrison Ford and now the two of them are raising Liam together.

In 2007, Sheryl Crow announced that she had adopted a two-week-old boy named Wyatt Steven Crow and, in 2010, she adopted another boy named Levi James Crow.

In 2007, Mary-Louise Parker adopted a baby girl from Ethiopia, Caroline ‘Ash’ Aberash Parker. Aberash was the name her biological mother gave her and Parker felt that it would have been a mistake to take it away, so it is her middle name.

Viola Davis and her husband, actor Julius Tennon, adopted a baby domestically in 2011. They named the baby girl Genesis.

Sharon Stone has adopted three sons in total. In 2000, with her husband-at-the-time, Phil Bronstein, she adopted a baby boy, Roan Joseph Bronstein. In 2005, she adopted her second son Laird Vonne Stonne and, in 2006, she adopted her third son Quinn Kelly Stone.

Hugh Jackman and his wife Deborra-Lee Furness, following a couple of miscarriages, adopted two children, Oscar Maximillian and Ava Eliot. According to the actor, adoption was always part of their plan. “To be clear, Deb and I always wanted to adopt,” Jackman explained. “We didn’t know where in the process that would happen, but biologically, obviously, we tried and it was not happening for us.”

In 2011, Friday Night Lights actress Connie Britton adopted a son Eyob “Yoby” Britton from Ethiopia and she is raising him as a single mother. “I do aspire to be the ‘cool mom.’ I’m sure I’ll probably end up just being embarrassing,” the “Nashville” actress has said.

Modern Family Star Ty Burrell and his wife Holly adopted a baby girl, Frances, in 2010 and, in 2012, they adopted a second daughter.

Ewan McGregor and his wife Eve Mavrakis have four daughters together and two of them are adopted. They adopted Jamyan McGregor in 2006 from Mongolia and, in 2011, they adopted Annouk McGregor.

Before she met her husband, David E. Kelly, Michelle Pfeiffer had entered into private adoption proceedings. In March of 1993, the adoption of her newborn daughter, Claudia Rose, was finalized. Pfieffer and Kelley married in November of 1993 and she gave birth to their son, John Henry, in August of 1994.