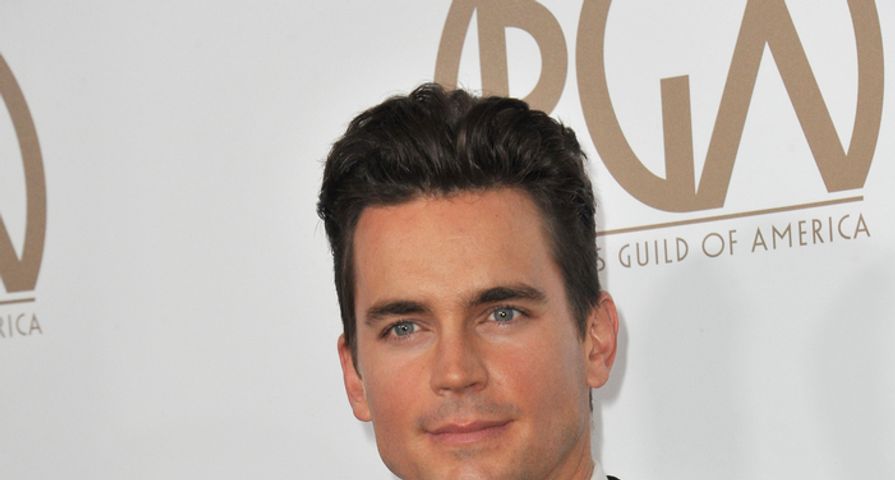 Hollywood is a pretty fickle place and, if celebrities come out of the closet, there’s an unfortunate possibility that their careers can be negatively affected. Consequently, many stars seem to take the subtle route instead of shouting from the rooftops that they are in fact gay! We have compiled a list of 16 celebrities you probably didn’t know were gay!

Sarah Paulson, from American Horror Story, came out when she and her girlfriend at the time Cherry Jones declared their love for each other in an interview with Velvetpark at Women’s Event 10 for the LGBT Centre of NYC back in 2007. After her break up with Jones, Paulson has said that she is open to relationships with women and men.

Sean Hayes, best known for his role as Jack on Will and Grace, came out in 2010. The actor has said that he avoided coming out for many years because he didn’t want to jeopardize his chance of landing straight roles and he said that the controversy over his Will and Grace character being too gay made him retreat back into the closet! The actor now feels as though he owes the gay community an apology for coming out too late.

In 2010, Chely Wright became the first country music star to publically come out as a lesbian. Wright married Lauren Blitzer in 2011 and, in 2013, the couple announced that they are expecting twins! The country singer is quite happy to be out. “I don’t have the words to describe the freedom and the lightness and the reckless abandon with which I want to live my life,” Wright said in an interview with CBC’s Q cultural affairs show.

Questions about Michael Stipe’s sexuality have been swirling since the ’90s when he admitted to having relationships with both men and women. Stipe also revealed that he was in a committed relationship with a man. The former lead singer of R.E.M. prefers to describe himself as “queer” as opposed to “gay.” “I think there’s a line drawn between gay and queer, and for me, queer describes something that’s more inclusive of the grey areas.”

Ian McKellan – best known as Gandalf from Lord of The Rings – came out in 1988. Although he has been living openly and proudly as a gay man, he does regret not coming out sooner.

After years of refusing to talk about his personal life, David Hyde Pierce finally came out in 2007. The actor, who is best known for his role as Niles on Frasier, confirmed that he is gay and in a relationship with a writer/producer/director in Hollywood.

Matt Dallas, from Kyle XY, came out in 2013 when he announced via Twitter that he is engaged to his boyfriend, Blue Hamilton. Dallas posted, “Starting off the year with a new fiancé, @bluehamilton.” This was accompanied by a photo of Hamilton lounging on a sofa with their dog. In 2015, they got married and that same year they adopted a son together, Crow.

Matt Bomer – best known for his roles in  White Collar and Chuck – was not so open about his sexuality for many years. In 2012, he subtly acknowledged his homosexuality when he thanked his partner and their three children as he received an award from the Desert AIDS Fund.

Jonathan Bennett, who played Lindsay Lohan’s love interest in Mean Girls, has never publicly come out and said that he’s gay; however, he is quite open about his life on social media and that includes his relationships. He is currently dating TV host Jaymes Vaughan.

Good Morning America anchor Robin Roberts came out through a Facebook post in 2013. In the post – which was about her battle with cancer – Roberts addresses her long-term girlfriend Amber: “I am grateful for my entire family, my long time girlfriend, Amber, and friends as we prepare to celebrate a glorious new year together.”

In an interview with The New York Times in 2012, The Big Bang Theory star Jim Parsons revealed that he is gay and in a long-term committed relationship and, in 2017, he married his long-term partner, Todd Spiewak.

In 2013, Victor Garber quietly confirmed that he is gay in an interview with “Greg in Hollywood” blogger Greg Hernandez. When asked about his relationship with Rainer Andreeson, the actor said, “I don’t really talk about it but everybody knows.” Apparently, the couple has been together for almost two decades!

Zachary Quinto – of American Horror Story and Heroes – came out as gay in 2011 and he did so to help make others feel safe coming out. “It wasn’t about formality or stopping rumors because I don’t really pay attention to rumors in the first place. It was a very specific move that I made because there was a rash of teen suicides at the time [the victims were gay],” Quinto said.

Sean Maher who played a closeted gay man on The Playboy Club admitted that he is gay in real life in 2011. The actor has been living with his partner for over a decade and they have adopted two children together.

Sara Gilbert realized that she was gay back in the ’90s when she was filming Roseanne and dating Johnny Galecki.  Even though the actress began dating Glee writer-producer Alison Adler back in 2001, she didn’t publicly come out as a lesbian until 2010.

Chris Colfer came out when he was cast as Kurt Hummel, a delightfully flamboyant gay teen on Glee. According to Colfer, the show has helped parents accept their LGBT kids! “I’ve gotten letters from parents saying, ‘I wasn’t sure if I was going to be okay with my child being gay, then I watched the episode with Burt and Kurt and it really changed my whole point of view on it.’”