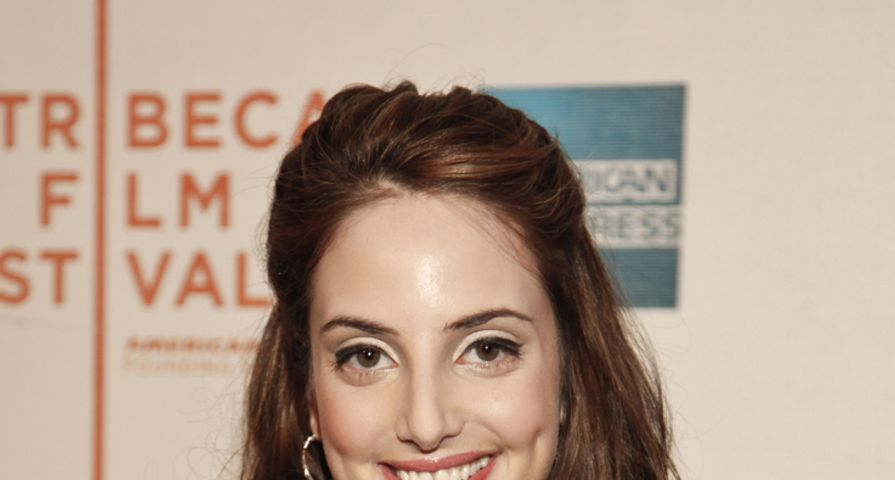 Some of today’s superstars became famous thanks to a lot of blood, sweat and tears. Others had famous parents to help get their foot in the door. Here are 15 stars who have super famous parents:

Angelina Jolie is the daughter of actor Jon Voight. Voight is known for his roles in Midnight Cowboy, Conrack, Deliverance, Enemy of the State and Coming Home. Jolie starred in films such as Girl Interrupted, Mr. & Mrs. Smith, Lara Croft: Tomb Raider and A Might Heart.

Jane Fonda is a very famous star who is the daughter of an equally famous father, Henry Fonda. Henry Fonda was an award winning actor known for movies such as The Grapes of Wrath, Mister Roberts and On Golden Pond (in which he starred with Jane). Jane has also won awards for movies such as Klute and Coming Home. She appeared in other top movies such as Julia, The China Syndrome, Barefoot in the Park and Nine to Five.

Michael Douglas has reached the level of super-stardom that has surpassed that of his famous father, Kirk Douglas. Kirk was known for his roles during the golden age of Hollywood in movies such as Spartacus, Lust for Life, The Bad and the Beautiful, Paths of Glory and Gunfight at the O.K. Corral. Michael Douglas is known for his starring roles in The China Syndrome, Basic Instinct, Fatal Attraction, Romancing the Stone, Disclosure and Wall Street for which he won the Academy Award for Best Actor.

Kate is the daughter of actress Goldie Hawn and actor-musician Bill Hudson. Kate’s mother is known for her appearance in Rowan and Martin’s Laugh In and for her starring roles in Private Benjamin, First Wives Club and her Academy Award winning role in Cactus Flower. Her father was a member of the band, The Hudson Brothers. Kate has won awards for her role in Almost Famous and she has appeared in films such as The Skeleton Key, You, Me and Dupree and Nine.

Gwyneth is the daughter of actress Blythe Danner and television and film director/producer Bruce Paltrow. Her mom is known for her Tony award winning role in Butterflies Are Free on Broadway and for films such as Brighton Beach Memoirs, The Great Santini, The Prince of Tides and the Meet the Parents film franchise. Gwyneth won the Oscar for her role in Shakespeare in Love and has starred in the Iron Man series, A Perfect Murder, The Talented Mr. Ripley and Contagion.

Fisher is best known for her role as Princess Leia in the first three Star Wars movies. She is the daughter of actress Debbie Reynolds and 1950’s pop singer Eddie Fisher. Both parents are best known for the breakup of their marriage involving Eddie Fisher and screen legend Elizabeth Taylor. Carrie Fisher, who is also an author, has starred in other movies such as Postcards from the Edge, The Blues Brothers and Hannah and Her Sisters.

The actress is the daughter of 1950’s screen idol Tony Curtis and horror thriller icon Janet Leigh. Tony Curtis was known for films such as Some Like It Hot, The Defiant Ones, Spartacus and The Boston Strangler. Janet Leigh is most famous for starring in the classic thriller, Psycho. Jamie Lee has established her own super-stardom by appearing in classic horror movies such as Halloween and Prom Night and other films such as A Fish Called Wanda, True Lies, Trading Places and Perfect.

Known nowadays as one of the bad boys of Hollywood, Charlie Sheen comes from good acting stock. His father Martin Sheen is best known for his role in the movie Apocalypse Now. He has also starred in The Departed, Badlands and in the television series, The West Wing. Charlie has made a name for himself in movies such as Platoon, Major League and Hot Shots and in the television series Two and a Half Men. Both father and son starred in the movie, Wall Street.

Keifer Sutherland has risen to the stature of his famous father, Donald Sutherland. Donald starred in movies such as Klute, MASH, The Dirty Dozen, Ordinary People and Animal House. Keifer is known for the television show, 24 and for movies such as Stand by Me, Young Guns, A Few Good Men and The Lost Boys.

Colin Hanks is the son of actor Tom Hanks. Tom starred in movies such as Big, Philadelphia, Cast Away, Forrest Gump, Apollo 13 and The Da Vinci Code. He is also known for voicing the role of Woody in the Toy Story animated movie series. Colin has appeared in movies such as Orange County, King Kong and The Great Buck Howard. He is also known for his role in the television series Roswell.

Isabella is the daughter of screen legend Ingrid Bergman and director Roberto Rossellini. Her mother starred in classic films such as Casablanca, Gaslight, Anastasia, Spellbound and Joan of Arc. Isabella is known for her roles in Blue Velvet, Death Becomes Her, Cousins and Fearless.

Movie and stage legend Liza Minnelli is the daughter of screen legend and singer Judy Garland and director Vincente Minnelli. Garland is best known for her role as Dorothy in The Wizard of Oz. She also starred in Meet Me in St. Louis, A Star Is Born and numerous Andy Hardy films. Liza starred in films such as Arthur, Cabaret, New York, New York and Lucky Lady. She gained fame on Broadway in Flora the Red Menace, Chicago and Liza.

Bryce is the daughter of television star and director Ron Howard. Ron Howard is best known for his roles as Opie on The Andy Griffith Show and as Richie Cunningham on the series Happy Days. He has directed such movies as Cocoon, Apollo 13, A Beautiful Mind and Parenthood. Bryce has starred in The Village, The Help, Spider-Man 3 and Terminator Salvation.

Rashida Jones is the daughter of music and media mogul Quincy Jones and actress Peggy Lipton. Quincy Jones is renowned for his film scoring, jazz orchestras and for producing Michael Jackson’s bestselling albums Thriller, Bad and Off the Wall. Lipton is known for her role in the television series Mod Squad. Rashida starred in Boston Public, The Office, Parks and Recreation and appeared in the movie, The Social Network.

Alexa Ray Joel is a singer, songwriter and pianist. She is the daughter of model Christie Brinkley and singer Billy Joel. The 19-year-old star signed on as the new spokesperson for Prell shampoo – the same company her mom, Christie Brinkley, was the face of in 1986.