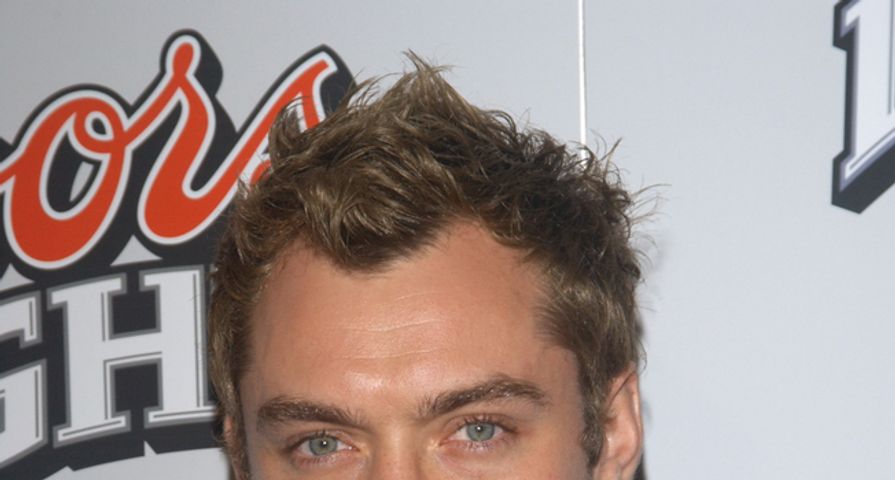 Many actors in Hollywood are known for their all-American good looks, which makes us wonder about all the other actors from other parts of the world who are equally handsome and who might be somewhat overlooked! We have compiled a list of 15 smokin’ hot foreign actors who are sexy in their own right!

English actor Tom Hardy is known for his roles in “Inception” and “The Dark Knight Rises,” but he is best known for being one the hottest foreign imports in Hollywood! There is something tough about Hardy’s appearance but, if you put him in a suit, he looks exquisite. Reminds us of a young Marlon Brando in some ways…

Cillian Murphy has amazing facial structure and the most amazing set of eyes in Hollywood. This Irish actor is also incredibly talented. Murphy has been involved in big blockbuster hits including the “Batman” trilogy and “Inception.” Handsome and talented – Murphy is the whole package!

Irish actor Colin Farrell is known for his rugged good looks and charm. Considering that before his acting days he was a model, it’s not surprising that he has landed on People’s 50 of the World’s Most Beautiful People lists over the years. That accent alone is enough to make you sweat!

Mexican actor and director Gael Garcia Bernal is best known for his role in “The Motorcycle Diaries;” however, long before he found himself in Hollywood, Bernal was already considered a teen sex symbol for his time on Mexican soap operas. Vanity Fair has also nominated Bernal Most Handsome in the World in the past. Have you seen this man? He definitely is!

Irish actor Jonathan Rhys Meyers – known for his roles in “Bend It Like Beckham,”  “Match Point” and “The Tudors” – is handsome and talented. In all of his roles, Meyers oozes sex appeal, including his new role as Dracula in the new NBC drama series “Dracula.” It’s too bad he adopts an American accent – we love his Irish brogue!

Australian actor Hugh Jackman is incredibly talented and handsome! Although he often loses his Aussie accent for many of his roles in Hollywood, he still has a killer body with nice chiseled facial features. Remember when Jackman rushed to Jennifer Lawrence’s side when she tripped on her gown at the Oscar’s last year? Jackman is a gentleman to boot!

Scottish actor Ewan McGregor is not only charming, but also incredibly good looking! It is hard to forget him as the young poet and writer in “Moulin Rouge,” romancing Nicole Kidman’s character with his singing. We predict that women will swoon over McGregor for years to come!

English actor Christian Bale is ruggedly handsome and he is not afraid to put it away for some of his roles! Remember when he was wasting away in “The Machinist?” The man has range!

French actor Olivier Martinez is best known for his relationship with Halle Berry these days! You can’t argue that these two are beautiful – separately and together! Martinez has an interesting look. He has chiseled features and a dark brooding expression, which may help explain why he has gotten into fights with Berry’s ex!

According to Keira Knightley, English actor Jude Law is so handsome, it’s annoying! We totally get the handsome part! In the latest film adaptation of “Anna Karenina,” Law had to use make-up to make himself less attractive for his role as Alexei Karenin. After taking off the makeup, however, he was back to looking all shiny and handsome, as per usual!

English actor Charlie Hunnam is known for his role as Jax in “Sons of Anarchy. ” With his blond hair and chiseled physique, it is no wonder that Interview magazine said that he was destined for mainstream heartthrob status. Considering what a bad boy Jax is, it is no wonder he has the ladies swooning!

English actor and producer Damian Lewis – best known for his role as Sargent Brody in “Homeland” – is unquestionably handsome. Although Lewis claims that he is not the handsome Rupert Everett type, we beg to differ. His ginger hair, penetrating blue eyes and chiseled physique makes him infinitely more handsome than Everett!

With his chiseled features and his unquestionable talent, French actor and director Guillaume Canet has received critical acclaim for his films. Ladies, don’t get your hopes up – Canet is taken! He has been dating Marion Cotillard since 2007 and the two have a son together. Have you seen pictures of Canet with his son? He looks like an amazing father – which makes him even sexier in our eyes!

Spanish actor Javier Bardem is not traditionally handsome but, if you saw him in “Vicki Christina Barcelona,” you know that he presents himself with such charm and a relaxed confidence that is just so attractive! Bardem isn’t single though! He has been married to Penelope Cruz since 2010 and the couple has two children together.

Swedish actor Alexander Skarsgard – best known for his role as a vampire in “True Blood” – is exceedingly handsome. He looks every bit Scandinavian – he is tall with blond hair and sparkling blue eyes. If all vampires looked like Skarsgard, we’d no longer be afraid of these mythological creatures!