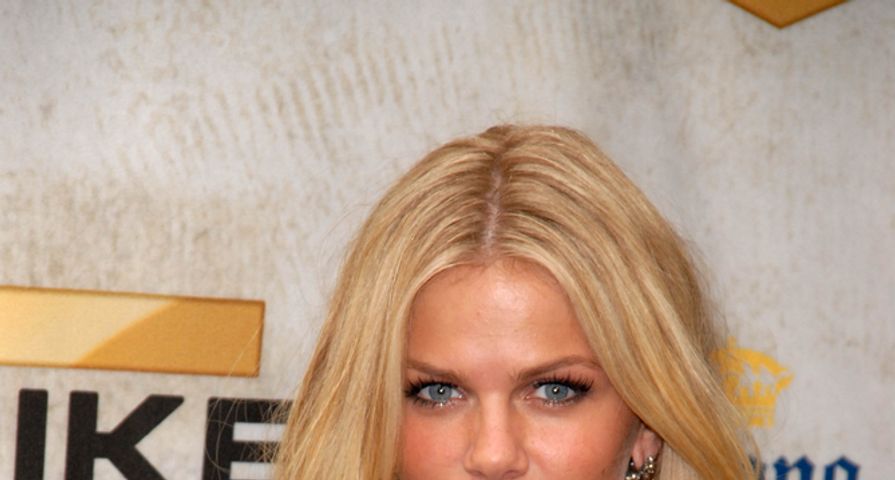 Brains and beauty is one deadly combination! The following 14 actresses began their careers as models, which should be no surprise given how beautiful they are. Although many of these ladies have not gone on to become critically acclaimed actresses (yet), some of them have, proving some people really can have it all. Here is our list of 14 models who have become actresses!

Olga Kurylenko rose to fame when she played Bond girl Camille Montes in “Quantum of Solace;” however, long before then, she was modeling in Paris with Madison modeling agency. She appeared on the covers of Vogue, Elle, Madame Figaro and Marie Claire and became the face for brands like Bebe, Clarins and Helena Rubinstein.

Brooke Shields is a famous actress who has been acting since the ‘70s; however, before she began acting, she was an established model who began her career when she was only 11 months old. She continued modeling throughout her childhood, signing with model agent Eileen Ford.

Milla Jovovich is best known for her role in “Resident Evil” and its five sequels; however, she has been involved in television and film since she was a teenager. Her modeling career began even earlier. At the tender age of 12 when she was signed by Prima Modeling Agency. Subsequently, she graced the cover of the Italian magazine Lei and starred in Revlon’s “Most Unforgettable Women in the World” advertisements, and she was also involved in campaigns for other major companies.

Jaime King began her modeling career when she was only 14-years-old. She appeared in Vogue, Mademoiselle and Harper’s Bazaar, as well as other fashion magazines. In the late ‘90s, she began acting and had small film roles in “Pearl Harbor” and “Sin City.” She currently stars in the television series “Hart of Dixie.”

Jenny McCarthy began her modeling career by becoming Playmate of the Month and then Playmate of the Year for Playboy magazine, which led to a hosting job on MTV’s “Singled Out.” McCarthy has since branched out into film and television appearing in “Scary Movie 3” and “Two and a Half Men.”

Andie MacDowell has an impressive film resume but, long before she began acting, she was a successful model, who worked for Vogue magazine and appeared in ad campaigns for Yves Saint Laurent, Vassarette, Armani perfume, Sabeth-Row, Mink International, Anne Klein and Bill Blass.

Brooklyn Decker is well known for her appearances in the Sports Illustrated Swimsuit Issue, Teen Vogue, Cosmopolitan, FHM and Glamour; however, the established model is also an up and coming actress who has had a starring role in “Just Go With It” and “What to Expect When You’re Expecting.”

Vanessa Williams began her career in pageants and was the first African-American to be crowned Miss America; however, she resigned after nude photos of her were published in Penthouse magazine. Since then, she has enjoyed a successful acting career with roles on “Ugly Betty” and “Desperate Housewives.”

Before she began acting, Molly Sims was a successful model who was signed with Next Models Management. She appeared in the Sports Illustrated Swimsuit Issue several times and had a multi-year contract with Cover Girl. She is also an actress who had a starring role as Delinda Deline in “Las Vegas” and appeared in movies like “Starsky and Hutch” and “The Benchwarmers.”

Sharon Stone may have achieved international recognition for her role in “Basic Instinct” but, long before that, she won the title of Miss Crawford County in Meadville and was a candidate for Miss Pennsylvania. After being told by one of the pageant judges to quit school, Stone moved to New York and signed with Ford Modelling Agency.

Rebecca Romijn began her modeling career when she was 19-years-old and has appeared in the Sports Illustrated Swimsuit Issue, Victoria’s Secret, bebe and Miller Lite beer and modeled on the runway for Anna Molinari, Victoria’s Secret and Giorgio Armani. She has successfully made the transition into acting and has had roles in the “X-Men” films and a recurring role on the television series “Ugly Betty.”

Freida Pinto might be best known for her role in “Slumdog Millionaire” but, before she was a BAFTA-nominated actress, she was signed with Elite Model Management and spent two and a half years modeling. She appeared in runway shows and on magazine covers, including Femina and FNL.

Halle Berry was involved in pageants long before she made it big in Hollywood. She was the 1986 Miss USA first runner-up and was the first African-American Miss World entrant in 1986 where she finished in sixth place. Berry has gone on to become one of the highest paid actresses in Hollywood and has won an Oscar for her role in “Monster’s Ball.”

Before she rose to fame through her roles in “The Mask,” “My Best Friend’s Wedding” and “There’s Something About Mary,” Cameron Diaz was a successful model who had signed with Elite Modeling Management and worked around the world on contracts with Calvin Klein and Levi’s. Diaz is currently one of the highest paid actresses over 40 in Hollywood.