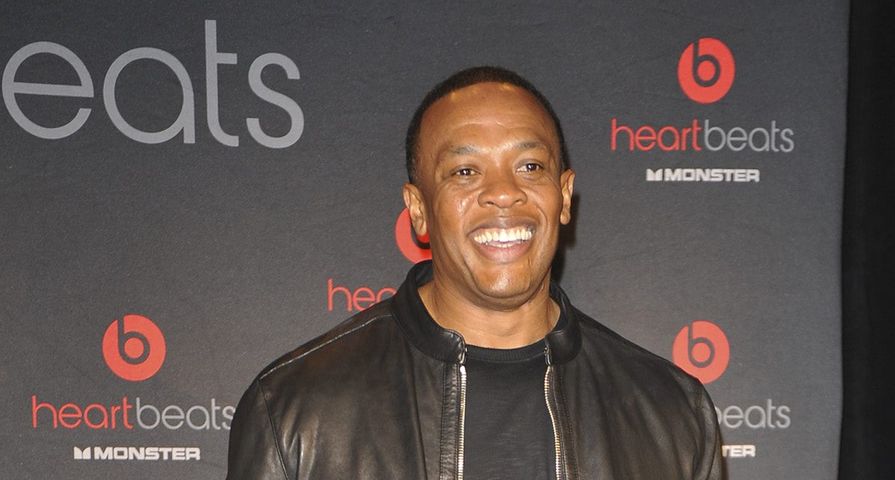 In the rap game, there are those who excel at spitting rhyme, and then there are those who have taken the game to the next level… the world arena. They have taken a monster bite out of show business. This list is set to honor those individuals. But there are rules! Everyone on this list — or associated with a group on this list — must be living at the time of publication. Repeat: Living. That’s the reason you’ll find no Run DMC, and sadly, no Tupac, Wu Tang Clan or Beastie Boys.

Busta Rhymes, known to his most intimate as Trevor, was handed his moniker by Chuck D of Public Enemy, and it’s completely appropriate. Busta is known for his intricate rhyme schemes, and one helluva long wind. He must work on holding his breath a lot while he’s enjoying the smoke. Kidding aside, when he really busted onto the scene in the 1990s, there wasn’t anyone quite like Busta. He understood that a persona was bigger than any person, and it was the way to sell in this business. He has stayed out of trouble, and enjoyed wild success with Flipmode Entertainment, as well as working in an out of mainstream pop music. Enough to garner 11 Grammy Nominations throughout his illustrious career. Up next, the sequel to E.L.E., E.L.E. 2, to be released in 2016. An album that has been six years in the making.

Too many musical artists claim that it’s “all about the music,” but do little more to offer some evidence to such a bold statement. Not De La Soul. In 2014, De La Soul — a group marked by popularity in the early 1990s — released their entire musical library to fans via digital download for merely signing up for the newsletter. In 2015, they put together one of the best crowdfunding campaigns in the short history of the funding medium, and they’re using those funds to produce a new LP with their signature style, preaching some good news from the platform. With the money from the fans, they have complete artistic control of the release, and nobody will be surprised if it creates some serious industry buzz. For newbies, check out their 1989 release, 3 Feet High and Rising for a first taste.

The Ladies Love Cool James. It’s true. What can ya say? From the 1980s hit that crushed the mainstream, “I Can’t Live Without My Radio” to the 1987 rap ballad “I Need Love” to the feisty L.L. warning everyone that they’re about to get knocked out ’cause his momma told him it was cool to do so… L.L. Cool J bridged a gap in hip-hop that stated, “Sure, white people, you may not understand everything I’m talking about, but you’re welcome to listen.” The hard-bodied, tender-hearted James Todd Smith has been one to do what he wants when he wants, and has enjoyed a career throughout entertainment media, but at his essence, he’s a rapper. Or, in the case of L.L. Cool J, a preacher-type who raps. Hard to believe the man is 47-years-old.

The resident apolitical voice in all of rap music is led by “The Teacha,” AKA KRS-One, AKA Lawrence Parker. KRS-One is an intimidating dude. It’s not surprising people took literal shots at the guy early in his career. For some reason, the bigger you are, the more troublemakers think they should mess with you. In the case of KRS-One, his duo-mate, DJ Scott La Rock, was gunned down in 1987, at the age of 25. This fueled KRS-One to develop the Stop The Violence Movement. Turning 50 in August of 2015, KRS-One is still incredibly active in the hip-hop community, and still very vocal about furthering the relatively young art form and sub-culture of hip-hop without the competitive violence. No stranger to controversy, KRS-One has become a disparaging figure over the past decade, stemming from his book: The Gospel of Hip Hop: The First Instrument.

Slick Rick’s career was hampered from early on by a few too many incarcerations. Fair enough, he shot a couple of people, and served his time with good behavior, but it was later revealed that the person he shot had earlier tried to have Rick killed. Then there were the subsequent incarcerations based on immigration issues, and other attempted murder chargers from years back…? Fortunately, former NY Governor David Paterson exonerated him of all charges. Regarding Rick’s career: how many times has he been sampled? Covered? Idolized? His influence is undeniable. And yes, that eye patch is necessary. He was blinded in his right eye as a child. But he made it a thing. A cool thing. For those who have yet to partake of Slick Rick The Ruler, AKA MC Ricky Dee, The Great Adventures of Slick Rick is the place to start.

For those who only know rap based on the crossover to mainstream pop, Rakim won’t look like a familiar name. Regarding any list about greatest living rappers — or greatest rappers of all-time, for that matter — Rakim will be on the list. The man born William Michael Griffin Jr. is, for lack of better terms, the quintessential injection of jazz into the world of hip-hop. For those new to his sound — and you should be if you’re not — he was so ahead of the rhyme game in the 1980s that he didn’t necessarily “fit” into the growing popularity of rap. Still, there’s a reason he was nicknamed, “The God MC.” He’s one of the few who can rap, and an audience can (and will) just listen… and listen… and listen. Known early on for rockin’ the mic with DJ Eric B., what would the industry be without the influence of Paid In Full?

Chuck D, Professor Griff, Flava Flav… who would’ve thought that one of the most influential rap groups of all time would be born with a couple dudes working for a furniture business? That was Flav and Chuck D, as hip-hop historians are well aware. Did You Know: Public Enemy’s 1990 release Fear of a Black Planet was chosen for preservation in the Library of Congress in 2005? After drumming up loads of political controversy upon its release 15 years earlier? Mission accomplished. That’s the place new listeners should start. Determined to spit the truth of experience and perspective, members of Public Enemy are still doing their thing, and spreading the word among all those who’ll listen.

Love him or hate him, Kanye West deserves his place on this list. His influence in hip-hop over the last 10 years has been one of the biggest in history, and he has taken that influence global. Yeah, he loses points for marrying Kim Kardashian, and for regularly acting the fool when other people are trying to enjoy the spoils of their own hard work. Kanye is a little misguided when it comes to speaking his mind, misunderstanding that his truth doesn’t always equate to absolute; however, his talent is gargantuan. And when someone has that much talent, you tend to offer them more grace in the public arena, which is precisely what we’ve done with Kanye. He may eventually deserve a higher place on this list, because in some regards, he was allowed to pinch run from third after many of the aforementioned hit triples.

6. Will “The Fresh Prince” Smith

First known in the world of entertainment as “The Fresh Prince,” Will Smith was one of the first rappin’ cats that parents in the Midwest welcomed into the house. He was beloved. He was “clean,” and that was “welcomed in the household.” He was also corny, and crass and goofy, and a host of other adjectives and adverbs that described him, his rap and his platinum selling albums. Ultimately, Will Smith was bigger than any label that people wanted to place on him. He dropped mega-hits with DJ Jazzy Jeff, and topped charts internationally as a solo artist. He also spun a few more well-known samples to create memorable theme songs to his movies. His influence in the game of rap is undeniable. He served as an acceptable doorway to hip-hop for many, and has also served as one of Hollywood’s biggest box office draws.

Major flack is coming this way for Jay-Z sitting at number four on this list? Apologies. There’s no denying the pure, money-making power of the Jigga-Man, and his influence in the world of entertainment, from content to music to professional sports. But regarding the rap game…? If for no other reason, he’s on this list solely because of his methodology, and the way he writes… he doesn’t. He lays down his flow from the frontal lobe, and then it becomes his written material in the recording studio. There’s nothing but respect for the monster hits that Jay-Z has offered over the years — hits that’ll get you on the dance floor — and like others on this list, the best is likely still to come. And yes, he’s the man behind Beyonce. Can’t discount it. Considering he has career carte blanche, it’d be nice to see him take a huge risk on something that could spoil that public persona if it failed.

It’s going to be fascinating to listen to Eminem’s work in another 20-30 years. There is an inherent, dark comedy in nearly everything Marshall Mathers has written. Some of it is disturbing. Some of it is hilarious. Some of it is definitively sad. It is filled with irony, angst and, underneath it all, there’s a faint, pinhole-sized ray of hope. His influence in rap over the last 20 years has grown to epic proportions. There is nobody in the business who wouldn’t jump at the chance to work with him, and his artistic relationship with Dr. Dre keeps him in forward motion — always trying to do more, get better, improve on an existing skill set. Now at 42, the next 10 years of his career hold the potential to be the most intriguing. Seriously. Can you imagine Eminem as a grandpa? It could happen sooner than we think. What does he rap about then?

Now it’s time for the list to head to the Dirty South. The heart of the South. A little town known as the ATL — or Hotlanta if you’re cool enough to pull it off. Outkast has been doing it, and doing it well for over 20 years now. The first studio LP, 1994’s Southernplayalisticadillacmuzik was unlike anything released before it. Southern soul mixed with flow so nasty it was only appropriate that Outkast eventually offered us the word/place/state of mind: “stankonia.” One must tip their cap with supreme adoration when a duo will sample their high school marching band over old classics. There are rap duos who survive on similarity and playing the game, and then there are those who thrive on a complementary relationship and the ability to change the game. That’s Outkast. And one has to believe the best is yet to come. The South is en vogue.

People who don’t understand what Dr. Dre is to hip-hop, and his influence on rap will need to see Straight Outta Compton. The rapper, turned producer turned entertainment mogul is completely responsible for what rap became on the West Coast. He was the heartbeat of N.W.A. He was the heart of a movement that infiltrated East Coast rap, ’caused a nonsensical ruckus and ultimately gave birth to a worldwide hip-hop subculture. He was the visionary who had the business sense, and enough humility to collaborate with individuals who might not necessarily fit the mold of a personal acquaintance. Dre hasn’t released an album in 16 years, and has repeatedly stated that he’s working on stuff all the time, but none of it is good enough to hit his present standard. At that, he’s the top earner in music in 2014-2015. A little something called Beats.