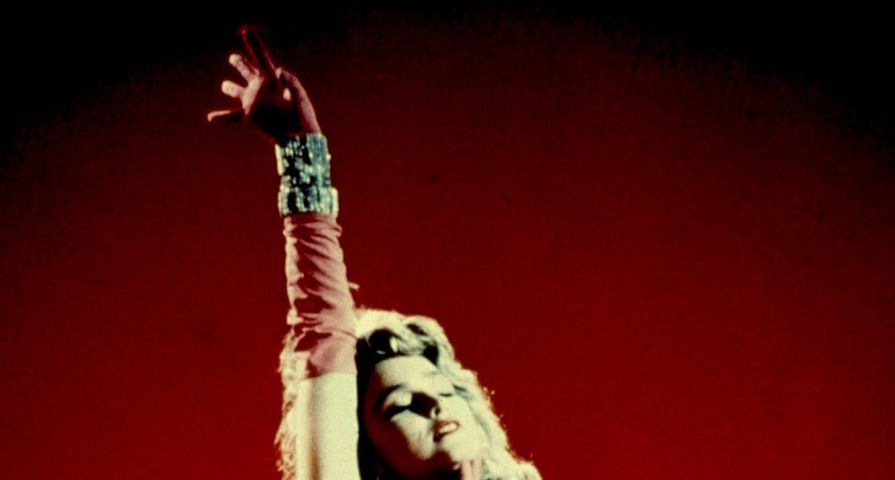 Everybody knows that many artists don’t actually write their own material, but when a singer performs a career changing tune and owns the airwaves, we think credit must be paid to those behind the scenes. This list countdowns the artists who didn’t write their own biggest hits.

This 1990s classic spent six non-consecutive weeks at number one of the Billboard Hot 100, was the number 1 song of 1994 according to Billboard magazine’s year-end charts, and was nominated for a Grammy Award for Best Pop Vocal Performance By a Group or Duo. The song was written by Jonas Berggren, a Swedish musician also known as “Joker.” Berggren continues to write for Ace of Base and other bands.

This classic Motown anthem was the first single by the Supremes to go to the number one spot on the Billboard Hot 100 pop singles chart. It was written and produced by Motown record’s main production team Holland-Dozier-Holland. The trio wrote tunes that defined the decade of the 1960s and worked with artists like The Marvelettes, The Miracles, and The Temptations.

Peaking at number one on Billboard Hot 100, “If You Had My Love” was J-Lo’s breakthrough on her debut album, On the 6 in 1999. The song was written by Rodney Jerkins, LaShawn Daniels and Cory Rooney. Rodney Jerkins had a hand in over 160 million record sales worldwide and has won four Grammy Awards. LaShawn Daniels has worked with artists including Whitney Houston, Lady Gaga, and Michael Jackson, and Cory Rooney has worked with Mary J. Blige, Mariah Carey and R. Kelly. With this dream team, it would be unbelievable if they didn’t write a number one hit!

Originally written by frontman Trent Reznor, this Nine Inch Nails song received a Grammy Award nomination for Best Rock Song in 1996. It was later famously covered by Johnny Cash in 2003 and memorialized in a music video that was named the best video of the year by the Grammy Awards and CMA Awards, and the best video of all time by NME in 2011. When asked about Cash’s cover, Reznor stated, I felt like “I just lost my girlfriend, because that song isn’t mine anymore.” He’s not wrong. Rolling Stone ranked Cash’s version as number 15 of the 50 best songs of the decade.

This Grammy nominated 1990s anthem marked the beginning of the Latin pop explosion of 1999 and helped ease the transition of Spanish artists like Enrique Iglesias. This number one hit song appeared on Ricky Martin’s debut English album and was written by Desmond Child and Draco Rosa. Desmond Child is well known for his work with Bon Jovi having a hand in “Livin’ on a Prayer,” “You Give Love a Bad Name,” and “Bad Medicine.” He’s also worked with Aerosmith on tunes like “Dude (Looks Like a Lady),” and “Crazy” (to only name a few).

“Best I Ever Had” is the first single from Drizzy’s first EP So Far Gone. Billboard praised the song and named it “Hot Rap Song” of the year in 2009. The song was written by Aubrey Graham, Danny Hamilton, Dwayne Carter, Matthew Samuels, and Nakia Coleman. It went on to be nominated for two Grammy Awards including Best Rap Solo Performance and Best Rap Song. A lawsuit was filed by Playboy Enterprises against Drake and his team, stating that the song sampled music from a 1970s ballad the now-defunct label had released, but a judge dismissed the infringement suit.

8. “I Will Always Love You” – Whitney Houston

“I Will Always Love You” is an epic ballad featured in the 1992 film The Bodyguard, starring Whitney Houston, but the late and great Whitney covered song that was originally written and performed by Dolly Parton. Dolly released the song in 1974 and it reached the number one spot on Billboard Hot Country Songs twice, once in 1974 and again in 1982 with a rerecording. Whitney’s version became one of the best-selling singles of all time, and even re-charted after her death in 2012. It is the second single ever to reach the top three on the Billboard Hot 100 in separate chart runs.

7. “I Heard it Through the Grapevine” – Marvin Gaye

This classic spent seven weeks on the top of the Billboard Pop Singles chart, but it wasn’t an easy road to get it there. The song was originally recorded by Smokey Robinson & the Miracles, but was rejected by Motown Records owner Berry Gordy. The song was rejected a second time after it was recorded by Marvin Gaye, but was released in 1967 by Gladys Knight & the Pips. When Marvin Gaye released his version of the song on his 1968 album In the Groove, it gained radio airplay and Gordy agreed to release it as a single. Marvin Gaye’s version of the song made the Rolling Stone list of The 500 Greatest Songs of All Time. It has also been inducted to the Grammy Hall of Fame for its invaluable contribution to music.

“Hound Dog” has been recorded more than 250 times, but while it was popularized by Elvis, the song was originally written by Jerry Leiber and Mike Stoller. It was recorded by Willie Mae “Big Moma” Thornton and released in 1953. Big Moma’s version of “Hound Dog” was a hit and spent 14 weeks on the R&B charts including seven weeks at number one. It made the Rock and Roll Hall of Fame’s “500 Songs That Shaped Rock and Roll” list, and Elvis’s version is ranked number 19 of Rolling Stone magazine’s list of 500 Greatest Songs of All Time.

5. “Genie in a Bottle” – Christina Aguilera

Topping the Billboard Hot 100 charts of 1999, this certified platinum tune was written by David Frank, Steve Kipner, and Pamela Sheyne. It was the first single off of Christina Aguilera’s debut album and it launched her into the realms of stardom. The pop starlet also released a Spanish version of the hit “Genio Atrapado” and an electropop-oriented version, “Genie 2.0,” on her 2008 compilation album Keeps Getting’ Better: A Decade of Hits.

Like many pop hits, this double-platinum best-selling single was one of Max Martin’s many creations. The song was released in 1998 and shot Britney Spears to international stardom overnight. It was on the top of the Billboard Hot 100 chart for two and half months and climbed to the top spot on the Billboard Hot 100 Singles Sales where it remained for four consecutive weeks. The accompanying music video inspired teen girls everywhere to embrace their school-girl image and the song is credited for redefining the sound of late 1990s music.

“Material Girl” became synonymous with Madonna and has served as her nickname throughout her career since its release in 1984. Despite its association with the Queen of Pop, the song was written by Peter Brown and Robert Rans. The song reached the number two position on Billboard Hot 100 the same year. The video of the song parodies Marilyn Monroe’s performance of the song “Diamonds Are a Girl’s Best Friend.” While Madonna has seemed to try to create distance between her image and the lyrical content by continuing to satirize her performances, the song made Madonna an iconic fixture of pop music.

“My Heart Will Go On” was written by James Horner and Will Jennings and is the theme song from the epic 1997 blockbuster film Titanic. The song went to number one all over the world being featured on both the Titanic soundtrack and Celine Dion’s album Let’s Talk About Love. The song has come to define Dion’s career as her biggest commercial hit. It is one of the best-selling singles of all time and was the world’s best-selling single of 1998.

“My Way” is Sinatra’s theme song, but the crooner didn’t write the anthem. The lyrics were composed by Paul Anka and were set to music based on the French song “Comme d’habitude” by Claude Francois and Jacques Revaux in 1967. Sinatra is reported to have “loathed” the song. Despite the self-serving nature of the lyrics, the song entered the UK charts six times between 1970 and 1971 and holds the record for the longest stay on the chart. Elvis’s 1970s version of the song reached number 22 on the Billboard Hot 100 chart after his death. The song is considered to be one of the most covered songs of all time and includes performances by Sid Vicious, Aretha Franklin, Tom Jones, Dionne Warwick and Andy Williams.