Home » Entertainment » Celebrities » 13 Transgender Celebrities We Should Be Talking About

13 Transgender Celebrities We Should Be Talking About 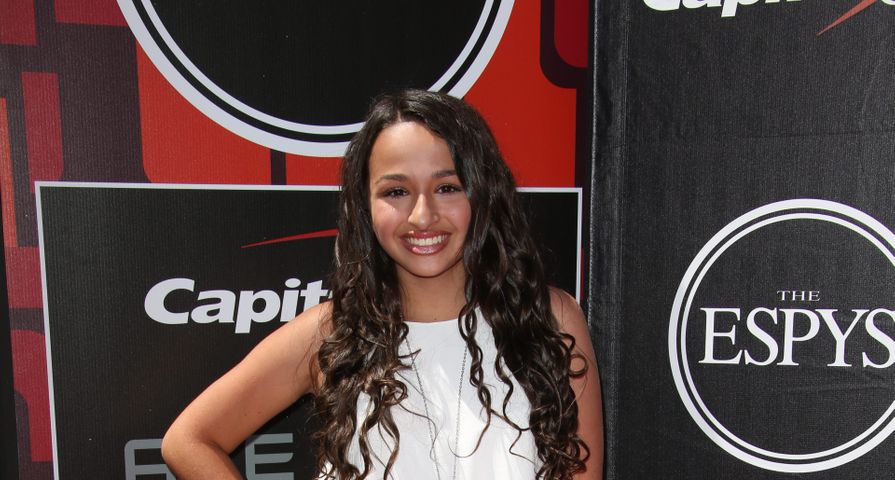 A lot of people are talking about Caitlyn Jenner, but there are plenty of other transgender celebrities who deserve more time in the spotlight. Some of them have been around for a long time and have been trying to talk about trans issues for just as long. Here are just a few trans people who are definitely worth talking about.

Isis King was the first transgender woman to compete on America’s Next Top Model, back when the show was only for female contestants (in later seasons male contestants were included). She competed in an all-star season as well. Isis prefers the phrase “born in the wrong body” rather than transgender. She was discovered when she participated in a shoot that the ANTM models did with homeless youth. She had been living at a transitional home, and was one of the background models in a shoot done in conjunction with a foundation that helps homeless and high-risk youth. During the shoot, she asked the art director Jay Manuel if trans women could apply for the show. Tyra sought her out after the shoot and got her to apply for the next cycle of the show. She ranked 10th that year. After the show, she continued to model. She was the first openly transgender model to work with American Apparel, has guest starred on The Bold and the Beautiful, and she did a variety of other work and appearances.

Chaz Bono is the son of Sonny Bono and Cher, is an advocate for LGBT issues and is also a writer, musician, and actor. He made a documentary about his transition entitled Becoming Chaz. Chaz was also a competitor on season 13 of Dancing With the Stars. This was the first time an openly transgender man had a significant role in a show where his role was unrelated to him being transgender.

Ines-Loan Rau is a successful supermodel. She may be best known to people outside of the fashion world for her racy nude photo shoot with Tyson Beckford. She has made waves in the fashion community as an openly transgender woman. She has shot for Vogue, Playboy, Candy, and Oyster magazines, among others.

Sharon Cohen goes by the stage name Dana International. She is a highly successful Israeli pop singer who has released eight albums. She came out as transgender when she was 13 and had gender reassignment surgery in 1993. That same year she released her first album. She has been said to be one of the most well known trans women in the world.

Fallon Fox is the first openly transgender athlete in MMA (Mixed Martial Arts) history. She has a 5-1 record (5 wins and 1 loss). She has been the subject of a great deal of controversy, with many people thinking that she shouldn’t be able to fight because she is trans. She stood strong and continued to compete despite hateful things being said in the media and in spite of some competitors refusing to fight her, saying that she has an unfair advantage over them because she is trans. Fallon is changing opinions in Mixed Martial Arts.

Gigi Loren Lazzarato, better known as Gigi Gorgeous, is a YouTube star who was popular before her transition and kept her channel going during her transition and after transitioning. She has also appeared as an actress on television, film, and online. She did makeup tutorials on her youtube channel before transitioning, and has continued to do so afterwards, but has since branched out into vlogs, fashion, and lifestyle. She has also done advocacy work relating to LGBT issues, including some projects with Miley Cyrus, which included a spread in Marie Claire. She has appeared in People magazine, has been a guest on Entertainment Tonight, and was featured in Kylie Jenner’s app “Kylie” where she gave makeup tips.

Jenna Talackova fought to be able to compete in Miss Universe Canada pageant in 2012 after being disqualified for being a trans woman. They stated that the contest was only open to “naturally born women.” She won her legal battle and was able to compete. She was one of 65 contestants, and made it to the top 12. She later went on to pursue a modeling career, and a reality TV show was made based on her life.

Aydian Dowling is a trans model whose claim to fame is a recreation of the famous Adam Levine nude photo where the only thing he is wearing is a pair of hands covering his crotch. He is being considered for the cover of Men’s Health magazine, and that photo has helped him gain lots of supporters. He is leading in the votes for the contest, which judges based on the categories: most physically fit, healthiest lifestyle, most giving, and most successful. He has stated that his goal is to show transgender youth that being transgender is more than just accepted — it can actually be celebrated.

Caroline “Tula” Cossey is one of the most well known trans women in the world. She was in a James Bond movie, and was the first trans woman to pose for Playboy. Caroline was a successful model, appearing in Australian Vogue, Harper’s Bazaar, and many others. She lived as a woman for years while hiding that she was trans. When she was hired for a role on a game show, a tabloid journalist threatened to out her as trans. She chose to leave the show and tried to keep a lower profile. She was later an extra in the James Bond film For Your Eyes Only in 1981. Afterwards, a tabloid came out with a headline “James Bond Girl Was a Boy.” She was devastated by being outed, particularly in such an awful way. She continued her modeling career and later wrote two autobiographies about her life and her transition.

Leandro Medeiros Cerezo is better known as Lea T and is a successful fashion model. She was born in Brazil and raised in Italy. She is best known as the muse of Givenchy’s creative director, Riccardo Tisci, who discovered her and made her the face of Givenchy in 2010. The T in her name stands for Tisci. She has done runway, been featured in editorials in many magazines, including Vogue Paris, and is the face the American hair-care brand Redken, making her the first openly transgender model to front a global cosmetics brand. In 2015, Forbes Magazine listed her as one of 12 women who have changed Italian fashion.

Laverne Cox is a popular actress from the Netflix series Orange Is the New Black. Her character, Sophia Burset, is trans as well, and they are able to show flashbacks from her life before her transition by having her twin brother play the role of Sofia pre-transition. Not a lot of mainstream shows have a main character who is openly trans and deals with transgender issues, so Laverne’s character plays an influential role in changing opinions and opening minds. Laverne is also an LGBT activist.

Janet Mock was the staff editor at People Magazine for more than five years, and is a writer/author and a transgender rights activist. She came out publicly as trans woman in 2011 Marie Claire article, but took issue with the article and the language they used. Her book, Redefining Realness talks about growing up multiracial, poor, and trans in America.

Jazz Jennings is a 14-year-old transgender girl who has been clear about being a female since she learned to speak. She started appearing on television when she was just six years old, speaking about her experiences. In 2007, when she was just seven years old, she and her family founded TransKids Purple Rainbow Foundation to help transgender youth. She has done a variety of other activities relating to trans issues since then, and has co-written a book. She was interviewed by Barbara Walters on 20/20, and since has become well-known and now has a reality television show on TLC about her life as a transgender teen.