13 Mega Movie Stars Who Got Their Big Breaks on TV Shows! 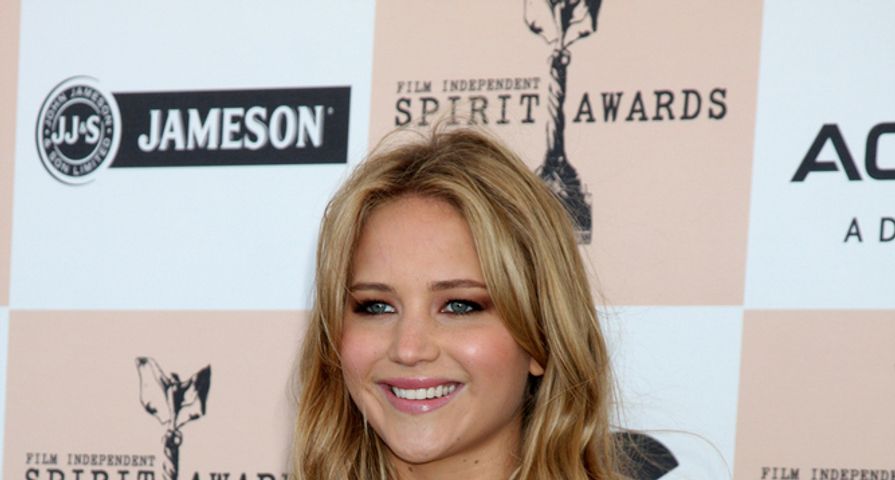 Television is considered a stepping-stone for stars who are looking to make it big in Hollywood. In fact, many of the best and the brightest actors and actresses today got their starts on TV. Here is a list of 13 mega movie stars who got their big breaks on TV shows!

In the early ‘90s, Michelle Williams appeared in variety of television shows like “Step by Step” and “Home Improvement;” however, it was her role on the television teen drama “Dawson’s Creek” that really kick-started her career. Since then, Williams has starred in many successful films including Blue Valentine and “Brokeback Mountain” – a film that garnered her a Best Supporting Actress nomination at the Academy Awards.

Before he became a critically acclaimed actor and producer, George Clooney was just another struggling television actor! From the ‘70s until the early ‘90s, when he was just getting started in Hollywood, he made appearances on a number of television shows including “Centennial,” “E/R,” “The Facts of Life,” “Roseanne,” “Baby Talk” and “Sisters.”

Ryan Gosling got his start on television back in 1993 when he starred in the “Mickey Mouse Club.” He then went on to appear in shows like “Are You Afraid of the Dark,” “Goosebumps,” “Breaker High” and “Young Hercules.” It was only seven years later that he starred in “Half Nelson,” a film that earned him his first Oscar nomination.

Demi Moore made her film debut in the early ‘80s in films like “Choices” and “Parasite” and, around that same time, she also made her television debut on the popular soap opera “General Hospital.” Her career took off in 1984 when she appeared in the film “Blame it on Rio” and it was only a year later when her commercial breakthrough came in the film “St. Elmo’s Fire.”

In the early ‘90s, Leonardo Dicaprio started his career with recurring roles on television shows like “Santa Barbara” and “Growing Pains” and it didn’t take the actor long to achieve critical praise. In 1994, he received his first Academy Award nomination for his role in “What’s Eating Gilbert Grape.” Since then, DiCaprio has achieved widespread commercial success as an actor and he has been nominated for five Academy Awards in total.

James Franco’s first leading role was on the short-lived but well received television show “Freaks and Geeks” that aired during the 1999-2000 television season. It was only a couple of years later that he achieved worldwide fame and attention in “Spider-Man” and, in 2010, he received universal acclaim from critics for his performance in “127 Hours.”

Brad Pitt’s earliest credited roles were in television. His debut was in 1987 on “Another World” and he also had a recurring role as Randy on “Dallas,” as well as guest appearances on “Growing Pains” and “21 Jump Street.” It took several years, but it wasn’t long before Pitt started giving critically acclaimed performances in films like “Fight Club,” “Se7en” and “12 Monkeys.”

In 1971, Morgan Freeman began his career on the television show “The Electric Company.” In the ‘80s, he took on more prominent roles in films often as wise, fatherly characters and has achieved widespread recognition as a result. From 1988 to present, he has been nominated for five Academy Awards, winning one for his performance in “Million Dollar Baby.”

Although he initially appeared in made-for-TV movies, Joseph Gordon-Levitt also had roles in various TV series, including “Dark Shadows” and “The Powers That Be.” In 1996, he began playing Tommy Solomon on the sitcom “3rd Rock from the Sun,” which was one of his more memorable television roles. Since then, Gordon-Levitt has taken on more complex roles and has established himself as one of the leading men in indie and mainstream cinema.

Julianne Moore began her career with a series of television roles in “The Edge of the Night,” “As the World Turns” and “I’ll Take Manhattan.” Soon after, she achieved widespread recognition for her performances in “Boogie Nights” and “The End of the Affair,” which included two separate Academy Award nominations.

Jennifer Lawrence’s first major role was on the TBS sitcom “The Bill Engvall Show” where she played Lauren Pearson, the eldest daughter.  The show aired in September of 2007 and was cancelled in 2009 after three seasons. The dedicated actress was nominated for a Young Artist Award for Outstanding Young Performer in a TV Series for her role and later became the second youngest woman to win a Best Actress Academy Award for her role in Silver Linings Playbook.

Bradley Cooper began his career with a small role on the television show “Sex and the City;” however, it wasn’t until his roles in “Alias” and “Jack & Bobby” that he gained some recognition. He later achieved commercial success for his roles in “The Hangover” trilogy and “Limitless;” however, his roles in “Silver Linings Playbook” and “American Hustle” have received critical acclaim.