13 Celebrities Who Believe In Aliens 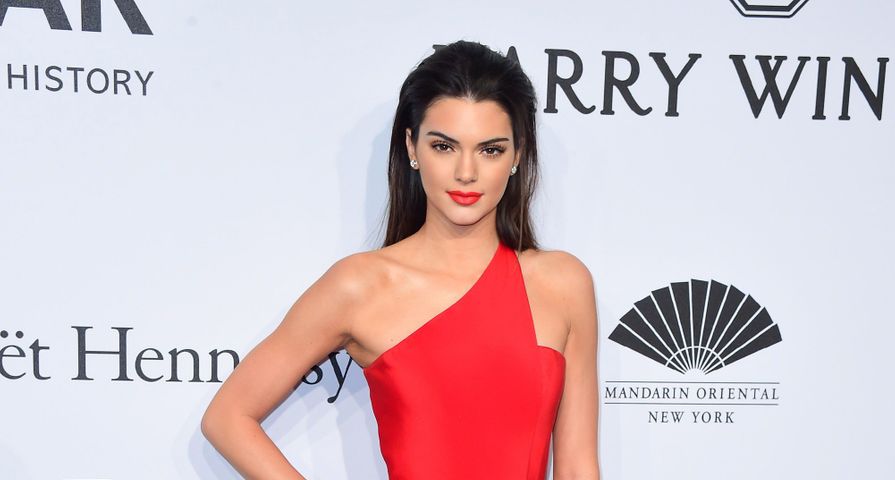 Celebrities, just as everyone else, have their varying opinions on highly debated topics such as the supernatural, urban legends and extraterrestrials. While some are strict non-believers, many celebrities have had no problem admitting they believe in aliens and some have even shared their own encounter stories! Coincidentally many of those who have spoken out have starred in the biggest sci-fi films in recent decades, while many simply think there is just no way humans can be the only beings in space. Whatever their reason or whatever their story, these 13 celebrities are not shy about discussing aliens and why they believe in them!

Given the weird things Jaden Smith has said, believing in aliens is probably the most normal of it all. Back in April 2013, the son of Will Smith and Jada Pinkett Smith stated, “I like aliens!” and then explained he had talked to the President about it. “I talked to President Obama about extraterrestrials. He said he could neither confirm nor deny the existence of aliens, which means they’re real. If people think we’re the only people that live in this universe, then something is wrong with them.”

Actress Megan Fox has been very open about her beliefs in all kinds of things, not just limited to aliens. “Everyone thinks I’m crazy. I believe in everything,” she has stated. This includes aliens, Bigfoot and ghosts. On the Ellen show, she once stated she doesn’t believe in “necessarily little green aliens, but maybe future humans,” and added she was a huge fan of the show Ancient Aliens and wants to go on a dig herself to “see the real stuff that they’re not willing to show the rest of the world…because humanity would panic.”

Singer Katy Perry has a song titled “Extraterrestrials” so of course she is one of the celebrity believers! In an interview with GQ, Perry admitted, “I see everything through a spiritual lens. I believe in a lot of astrology. I believe in aliens.” She then added, “I look up into the stars and I imagine: How self-important are we to think that we are the only life-form.”

Keanu Reeves is a noted sci-fan fan and has been in his fair share of sci-fi films including The Day The Earth Stood Still. He has also commented on the existence of aliens and also posed the question, how plausible it is we are the only beings out there. “How can it be possible that we are the only beings in the universe? I don’t know if or when we will get to meet them, but it’s absolutely inconceivable that we won’t get to meet them sometime.”

It really isn’t surprising that Miley Cyrus would believe in aliens. She spoke out about it in W magazine, telling the magazine she got in a fight about it with her brothers. At first the interviewer thought she was talking about aliens in the sense of immigration, but it quickly became clear that isn’t what she meant as she explained she once saw suspicious lights in the sky while in the Bahamas. “My dad told me it was a satellite. But the way it zipped off was really weird.”

Given the fact that Tom Cruise is Scientology’s most prominent member and the belief is that people “are immortal beings who have forgotten their true nature,” and also believe alien life forms live inside humans, it is not surprising he is a true believer in aliens. In an interview in 2007, Cruise stated, “Are you really so arrogant as to believe we are alone in this universe? Millions of stars, and we’re supposed to be the only living creatures? No, there are many things out there, we just don’t know.” According to other reports, Cruise has even constructed an $11 million bunker to protect himself and his family from an alien invasion.

Demi Lovato told Seth Meyers that she knows aliens are real, stating, ” I know aliens are real. How self-centered would we be, as humans, to believe that we are the only living things in the universe?” In 2011, she even said she saw a UFO, tweeting out, “Did anyone else see a UFO or weird thing in the sky tonight in LA???” She later talked about that night to the media saying, “We saw a UFO tonight, it was so crazy. It looked like a slow shooting star. It was here for five seconds, and then it was gone!”

If Captain Kirk himself didn’t believe in aliens than something would definitely be off, but don’t worry because he does! William Shatner has spoken about the topic a few times, stating, “There is no doubt in my mind that there is life out there; the mathematics of it lead you to the absolute conclusion. In my mind, there is no doubt that the universe teems – teems! – with life in all its forms. But why they would come visit here and not let themselves be known to everybody is beyond my sense of logic.”

Once again, it would be a massive disappointment if Sigourney Weaver, the star of Alien, didn’t believe in the existence of other life forms, but of course she does too. “We are not alone in the universe. I think there’s a department in our government that is exclusively dedicated to quashing reports about aliens. And that’s so unfair. It would be nice if weren’t just able to read about it in the tabloids,” she told the German magazine Spielfilm.

Nick Jonas is on board with his friend Demi Lovato’s view on aliens. After speaking with Lovato, Seth Meyers asked Jonas whether he believed and he stated, “She [Demi] and I have talked about this a lot. I am on board,” he stated and then told about a time he saw three UFOs while playing basketball with friends. “But it’s Hollywood and everyone was like, ‘No it’s a movie set.’ But I was convinced it was real. So I looked it up online and there was three identical sighting in other states.”

Ghostbusters star Dan Aykroyd is a major believer in alien life forms and is even a member of the nonprofit organization Mutual UFO Network, which tracks UFO sightings. In 2010 he even spoke about different kinds of aliens on Larry King Live: “There are many different species of extraterrestrials, and not all of them are up to good. They don’t want anything to do with us. I don’t think we will ever have a formal relationship, a formal contact, with any alien species out there – especially after 9/11 […] If they were observing that, goodbye human race.”

If there were any surprising believers on this list it has to be the Kardashians and Jenners, known for their reality TV fame. Back in 2013, Kendall Jenner posted a video saying she and her family were going on an “alien hunting trip” and then tweeted out, “You guys…I swear I just saw a UFO.” Her sister, Khloe Kardashian tweeted out, “I believe!!!!” and Kendall replied, “Khloe I’m tripping out!”

Blink-182’s co-founder Tom DeLonge is a long time believer in aliens and is not shy about discussing his belief and his own encounters. In a detailed interview with Paper magazine, he stated he has dedicated quite a bit of time researching, studying and discussing the existence of aliens and his extreme interest has caught the attention of the government. “You have to understand, I’ve been involved in this for a long time. I have sources from the government. I’ve had my phone tapped. I’ve done a lot of weird stuff in this industry – people wouldn’t believe me if I told them.” He then told his own encounter story while on a camping trip in Area 51: “I woke up right around three a.m. My whole body felt like it had static electricity, and I open my eyes and the fire is still going, and there’s conversation going on outside the tent. It sounded like there about 20 people there, talking. And instantly my mind goes, ‘Ok, they’re at our campsite, they’re not here to hurt us, they’re talking about sh-t, but I can’t make out what they’re saying. But they’re working on something.’ Then I close my eyes and wake up, and the fire is out and I have about three hours of lost time.”