Big Stars Who Got Their Start In Horror Films 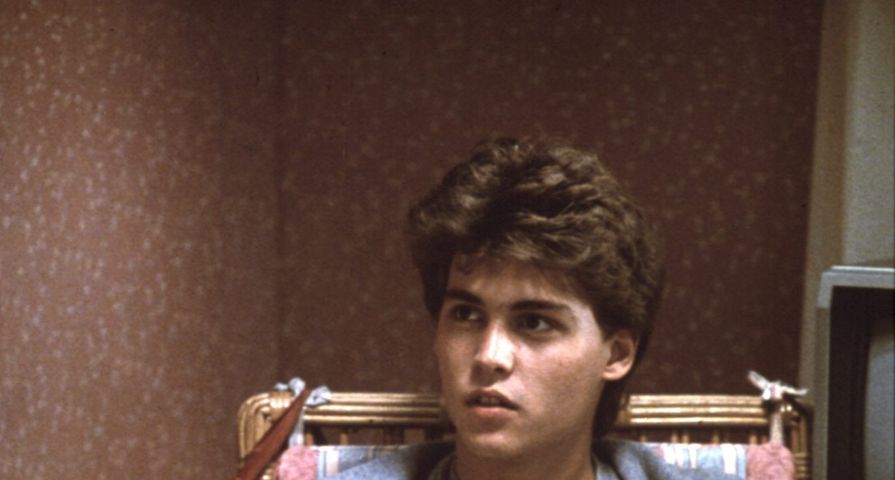 When you’re a young actor with an attractive face, there is nothing better than to have it splattered with blood. So many A-list actors and actresses got their start in the horror genre. Not thrillers… rather the legit slasher, blood, guts, chainsaws, don’t-go-in-that-door horror flicks. These are not small-time actors who started in this genre. They were unionized pros, looking for their first decent payday, or another early gig that would help jump start their career. Here are 13 big-time stars who were once horrific.

Hold up. Brad Pitt was in a horror flick? Before his scene stealing role in Thelma & Louise, yes, he was. Not long after dropping out of The University of Missouri’s journalism program, Brad moved to Tinseltown, and scored a few early roles, one being in the horror flick, Cutting Class. Brad was becoming a well-known commodity in the casting community at this point, and it served as another step into the studio doors. The film itself is not very watchable, but Brad is as handsome and charming as he seems to be in everything he’s ever done, including when he plays characters that are not supposed to be likable. If Brad weren’t in this slasher flick, it would have been forgotten long ago, but because of his presence, it lives on with clout and cult status.

Brad and Jen together once again… When Jennifer Aniston was a fresh-faced actress in the industry, she was interested in taking good gigs that would be real rates. She found one of her best — and now cult iconic — roles in the horror film, Leprechaun. Jennifer is the girl in Leprechaun. The heroine. The cute face. The one wearing the tight, 1990s jean shorts and L.A. Gear high tops with scrunchy socks. The one who is completely abused by the monstrosity of an evil leprechaun. There’s even that scene — that scene where she’s talking on the phone, and that thing happens to her… we can’t spoil it… you have to see it for yourself. To put it all into perspective, Leprechaun was released in 1993, and Jennifer was cast in Friends in 1994. Looks like there was a little luck she got from the evil leprechaun after all.

Kevin Bacon. 1980. Long before he was the cool kid who taught the square town how to dance in Footloose, Kevin served as one of the first victims in the Friday the 13th horror movie franchise. Considering his filmography, it was his fourth role in a feature, but first time to die on-screen. For those who haven’t seen the original, Kevin’s death is a dandy. And how ’bout Ms. Voorhees? She went straight cold-blooded assassin on those kids. Her tactics were so archaic, yet so efficient. She must have had a thing for Samurais. Evidence supplied fully when she takes Kevin Bacon down with an arrow through the throat. Of course, Kevin was reanimated to star in 65 more films, bringing his total from 1978 to 2015 to 69. And then there’s television. This guy is an acting machine.

Chloe Grace Moretz may have played Hit Girl as a youngster, but she has truly become Hollywood’s current it girl. Before she was a well-known entity due to a foul mouth, and a particular set of skills, she played a sweet little girl with scary good acting skills in The Amityville Horror. This, of course, was the 2005 remake of the original horror classic, and the remake, as suspected, was pretty awful. Still, it showed that Chloe was able to carry significant weight on her shoulders in a feature film. It served as her first role in the medium. It’s staggering to realize how much this young woman has worked, and she’s only 18. Worth noting: producers took a meeting with her for Katniss Everdeen in The Hunger Games, even far too young at 14. That’s the kind of clout she carries.

Remember George Clooney from the 1980s and early 1990s? The Facts of Life? Roseanne? Return to Horror High? The hunkiest hunk of the last 20 years was yet another to book some early work in the horror genre. In 1987, George enjoyed one of his first silver screen gigs playing a police officer investigating a string of high school murders in Return to Horror High. Yeah, he looked good in uniform, but like so many horror films that came before, it doesn’t usually work out well for the individual who is responsible for investigating the crimes. They neither have the wherewithal or the body to fool a killer(s) into some strange twist of circumstances in order to emerge bloody and victorious. Well… at least he ends up bloody.

Zach Galifianakis has done a little of everything. He has been the bearded, oddball sidekick we all grew to love in The Hangover, but before he ventured down the road with Bradley Cooper, he was in a little something called Below in 2002. This was not Zach’s first role in a film, but it was an early step up the ladder to scoring more roles. Per usual, Zach plays a character who is a little weird. In this case, his character’s name: Weird Wally. The film takes place in a submarine, so it’s going to need some comic relief. In fact, all successful films of this genre do. No, this film wasn’t much of a success, but they were attempting to move in the right direction. The film certainly moved Zach in the right direction. Within the next seven years he enjoyed roles in Into The Wild, and of course, The Hangover.

She was a very tall teenager while shooting the horror sequel Children of The Corn III: Urban Harvest, and her role was considered insignificant enough by the producers that she wasn’t even credited. According to her official IMDb credits, her character was Eli’s Follower. We suppose that made her a Eli’ian…? Regardless, this was Charlize’s very first role in front of the camera, and it took her no time to rapidly progress beyond the world of terrible horror sequels. Within a year, she was cast in 2 Days in The Valley, then followed with small role in the Tom Hanks directed, That Thing You Do! Not shabby for a South African lass who most industry pros referred to as a model-actress. It’s no wonder she tried so hard to be so ugly in so many roles. Oscar winner, Charlize Theron, ladies and gentlemen.

Remember Ben Affleck before he got his veneers? He was so enjoyable as the non-leading man. Yeah, he’s got the looks to be a leading man, but it’s rather obvious in his adult life that he is living out the fantasies of a kid who was probably more a side-kick than a leader. That said, the guy can act. He can play some serious make-believe, and one of his earliest roles was in the feature film version of Buffy The Vampire Slayer in 1992. Ben was on a basketball team, and is very visible within the action. He even gets a line when he’s defensed by a vampire. In the same year, he landed a bigger role in School Ties, then an iconic role in Dazed and Confused in 1993, followed by Mallrats in 1995. Good Will Hunting came in 1997, and from that point forward, Ben has pretty much called his shots.

Before she was competing for the crown in Little Miss Sunshine, she was the cute-as-a-button daughter of Mel Gibson in Signs. She was rather perfect as Bo Hess in Signs, and showed that she had potential to play in the industry for years to come. It was her first role outside of the commercial realm, in any project of a traditional, narrative nature. Fortunately for Abigail, she has enjoyed some stellar career guidance, and has avoided many crap-traps that other child actors can easily fall into. We’re all pretty excited to see her mix it up in Zombieland 2 if/whenever that happens, and in the meantime, the 19-year-old continues to churn out big features, and offer her opinion and wry wit on social media. And yes, if you’re a fan of Abigail and you haven’t seen Signs, it’s a must.

Here’s one you weren’t expecting to see. Not unless you are a Tom Hanks super fan. And if you are, be sure to fact check us. The same year Tom was cast in the short-lived television comedy, Bosom Buddies — 1980 — he was also cast in the horror flick, He Knows You’re Alone. At this point, Tom wasn’t that archetypal antihero leading man with approachable looks. In other words, he had a smaller role in the film. This is a rarity. Thus, the film enjoys some cult status. Additionally, it totally jacks the premise of the simple piano score for Halloween, so, it’s every bit of a B-Horror film. Tom’s ability is on full display, taking some of the worst dialog ever, and making it watchable. Within the next 10 years, Tom landed films such as: Bachelor Party, The Money Pit, Big, Splash, The Burbs and Turner & Hooch.

Little Leo? In a horror movie? When Leo was a teenager, casting directors had him reading for everything. There is old audition footage of him on the Internet featuring roles he didn’t get, but it was still obvious… the kid was a force. One thing he was cast in: Critters 3. As far as roles go, this was a sizable role for the newcomer. The script is awful, but it is an integral part of the Critters franchise, and the spark that was ignited in one of Hollywood’s biggest stars. He’s one of those people who is bigger than the business. He doesn’t have to work for publicity. He’s aloof, but without being a jerk, and that makes him perfectly mysterious. A film legacy that began with Critters 3.

Johnny Depp moved to Los Angeles to pursue a career in music, not movies. The kid who dropped out of high school to chase his rock ‘n’ roll dream was actually encouraged by his high school principal to keep chasing that dream. He enjoyed moderate success in the music industry at a young age, but it was his introduction to Nicolas Cage that served to be integral for his acting success. Johnny’s first role came in the original Nightmare on Elm Street, and he was probably the best looking dude on the planet at that point. As a good-lookin’ newbie, Johnny found himself in a role that ended in a bloodbath. How cool must it be to say you were once killed by Freddy Krueger? Not to spoil, Johnny’s death is still one of the greatest in the horror franchises history.

She is known as the Scream Queen, and regardless of having talent far beyond playing the unassuming, sweet Laurie Strode in the original Halloween horror film franchise, Jamie Lee established the archetype of the “final girl,” for films in this genre. For those unfamiliar, the “final girl,” is the final girl. The survivor. The chaste, unsuspectingly strong girl who always escapes — an archetype that can be seen in every successful horror film that followed Halloween. Yes, Jamie Lee went on to wild success as the spokesperson for Activia Yogurt… oh, and other things like blockbuster films co-starring Arnold Schwarzenegger. Still, we owe a tip of the cap to Jamie Lee for doing so much more than playing a role in a horror film to kick start her career. She completely changed the genre.