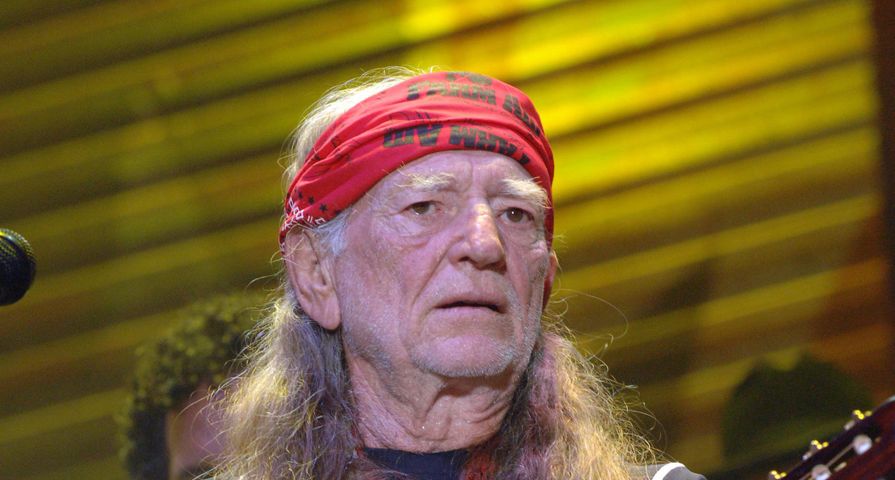 Willie Nelson is one of the most widely known and recognized country singers in the industry. He’s recorded over 200 albums, appeared in over 30 films, co-authored several books and is now also an entrepreneur. His most critically success albums are Shotgun Willie, Red Headed Stranger and Stardust, but he’s also penned songs for huge artists like Patsy Cline, Ray Price and Billy Walker. The outlaw country singer is now into his mid-80s and is still going strong as an artist. He’s lived an interesting life, so here’s 12 things you probably didn’t now about Willie Nelson!

Born in 1933, Willie Nelson grew up during the Depression in the small town of Abbott, Texas. He was raised by his grandparents, Alfred and Nancy, because his mother, Myrle left six months after he was born to work as a dancer, waitress and card-dealer. Nancy picked cotton for a living and gave piano lessons while Alfred worked as a blacksmith. Both his encouraged an interest in music in Nelson and his sister Bobbie. “I can remember them sitting round the table at night beneath a kerosene lamp, studying their music. I learned a lot before I ever left the house,” he said.

Photograph: From the collection of Willie Nelson

His grandfather gave him his first guitar when he was 5 and began writing poems around the same time. “I started writing some melodies and it seemed pretty natural. The first one, I was about five or six years old and I did this poem in church. ‘What are you looking at me for/I ain’t got nothing to say/If you don’t like the looks of me/You can look some other way,'” he said. He began playing with a local polka band when he was about 10 years old and started making 8 to 10 dollars a night.

This country crooner has had quite the exciting love life. He’s been married four times and has seven children! He married his first wife, Martha Mathews, in 1952. At the time she was only 16 and he was 19. By 1958 he had three children to feed, but their marriage was short lived — she left him in 1960. He married country singer Shirley Collie in 1964, but the relationship was toxic. Before their divorce was finalized in 1971, he went and married his third wife, Connie Koepke, a factory worker he’d spotted at a club. They had two daughters, Paula and Amy, but got divorced in 1988. In 1991 he married Annie D’Angelo, his fourth and current wife. They have two sons, Lukas and Jacob.

Many people would peg Nelson as a hippie stoner, which isn’t far off, but he’s also really into fitness. This is probably why at the age of 84 he shows no signs of slowing down. For his entire life he’s been a jogger, regular golfer and even a martial artist! In high school he played basketball, baseball, football and ran track.

8. Wrote “On The Road Again” on an Airline Sick Bag

Nelson recounted the story during an interview with Uncut and said: “I was on an aeroplane with Sydney Pollack and Jerry Schatzberg, who was the director of the movie Honeysuckle Rose. They were looking for songs for the movie and they started asking me if I had any idea. I said, ‘I don’t know, what do you want the song to say?’ I think Sydney said, ‘Can it be something about being on the road?’ It just started to click in my head. I said, ‘You mean like, ‘On the road again, I can’t wait to get on the road again?'”

7. Fought Bumble Bees as a Kid

In addition to playing music, one of his favorite past times growing up in Abbott, Texas, was chasing bees. He and his friends would go into the farmers fields and fight swarms of bees. In an interview with the New York Times, Nelson said: “Abbott, where I grew up, is a small farm town, and you knew all the farmers. They would come in on weekends to do their shopping and talk about bumblebees’ nests that they had run into while they were out plowing their fields. They would tell us kids where the bumblebees were, and we’d go out on Sunday afternoons and fight the bumblebees.” They got stung so many times their eyes would swell shut!

It’s no secret that Willie Nelson has run into some trouble with the law here and there. He’s been arrested several times for the possession of marijuana, but what he’s more famously known for is his trouble with the IRS. He ran into trouble in 1990 when the IRS claimed he owed $32 million in unpaid taxes — one of the largest individual federal tax bills ever. His lawyer managed to negotiate the payment down to $6 million, but he still didn’t have the money to pay it so his home was raided and all his assets were seized, except for Trigger (his guitar). He created the album The IRS Tapes: Who’ll Buy My Memories with the sole intention of making money to pay off his debt to the IRS.

5. Rumors From the Roof of the White House

There has been a rumor floating around that Willie Nelson once smoked marijuana with long-time friend and then-President Jimmy Carter’s son on the roof of the White House. On September 13, 1980, Nelson was invited to the White House to perform a duet with then-First Lady Rosalynn Carter. Nelson said he wandered up onto the roof of the White House “with a beer in one hand and a fat Austin Torpedo in the other,” he wrote in his 1988 autobiography. He’s explained that he was invited on a private tour at the end of the night which led to the roof where he and a friend, who has since been confirmed as Carter’s middle son, Chip (who now goes by James Earl Carter III).

Prior to making it big as an artist he worked many odd jobs like picking cotton with his grandmother as a child. He graduated high school when he was 16 and left the cotton fields for a job as a disc jockey. He joined the Air Force in 1950, but was discharged with a back injury. Later in life he worked as a door-to-door salesman of vacuum cleaners, encyclopedias, a plumbing assistant and a gas pump attendant before he finally sold his first song in 1960, “Family Bible.” He earned $100 and moved to Nashville with his family where he made a name for himself as a songwriter.

3. Ran Into a Burning House

An infamous story from Willie Nelson’s life is when he ran into a burning house to save his beloved guitar, Trigger. He was living in Nashville when he arrived home one night to find his home up in flames. “By the time I got there, it was burning real good,” he said to People. “But I had this pound of Colombian grass inside. I wasn’t being brave running in there to get my dope — I was trying to keep the fireman from finding it and turning me over to the police.” Sadly 100 tapes of unrecorded songs didn’t fare so well in the fire. The experience drove him to pack up and head back to his home-state of Texas.

Nelson’s sound is very unique and much of its due to his trusty beat up and autographed guitar, Trigger. It’s a Martin acoustic guitar, and pretty much the only one he plays even though he has upwards of 15 guitars. He named the guitar after Roy Roger’s horse. He got the guitar in 1969 after he’d spent nearly a decade trying to become a clean-cut solo artist in Nashville. He drunkenly destroyed his old guitar and needed a new one, but wanted something with a different sound, similar to his jazz hero Django Reinhardt. A friend suggested the Martin classical gut-string guitar, and he bought it!

This might be hard to believe considering how mellow of a person he is, but Nelson actually has his black belt in kung fu and tae kwon do. “In Abbot, there wasn’t a lot to do but fight and throw rocks. I got into it from the comic books judo and ju-jitsu, Charles Atlas and Bruce Lee. I got into that pretty early. It’s something that I’ve been interested in and enjoy doing. Then later on I got into kung fu when I was in Nashville,” said Nelson. He started to practice kung fu in the ’60s and training in tae kwon do in the ’80s.