Home » Entertainment » Celebrities » Things You Might Not Know About Julia Roberts 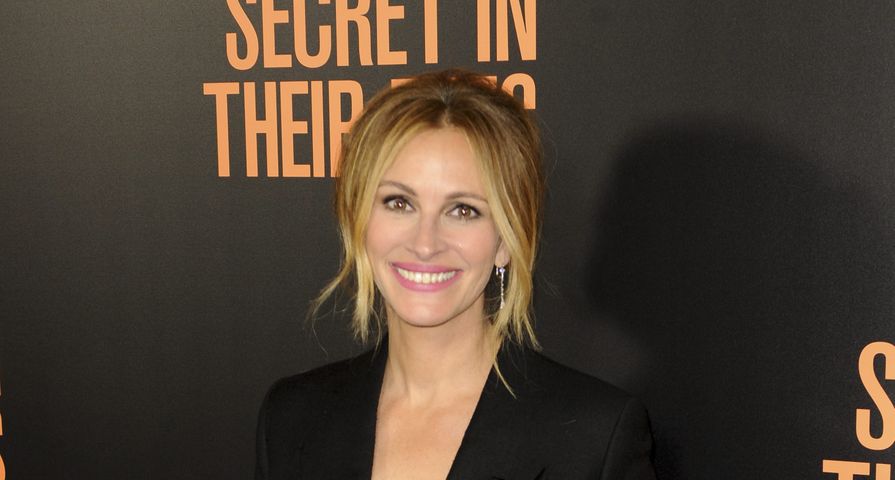 Commonly referred to as America’s Sweetheart, especially back in the ’90s when she was headlining popular movies like Mystic Pizza, Pretty Woman and My Best Friend’s Wedding, Julia Roberts is one of the most beloved and well liked actresses in Hollywood. A high achiever, she’s one of the most respected and accomplished actresses with three Golden Globe Awards and an Oscar Award under her belt, and was once the highest paid actress in the world! Now a successful producer, wife and mother of three, Roberts is a fiercely private celebrity. She’s never been a huge fan of her own fame, but she’s turning 50 soon so, in celebration of that, we’ve dug up 12 things you probably didn’t know about her!

Julia Roberts parents, Betty Lou and Walter Roberts, were both actors who founded the Atlanta Actors and Writers workshop. They divorced in 1971. She has two older siblings — her brother Eric is also an actor. He made his film debut in King of the Gypsies in 1978. In an interview with Vanity Fair, Roberts said she never would have become an actress if she didn’t grow up in a theatrical family. “I wouldn’t have seen it as a real option if my parents weren’t actors and my siblings…It just wouldn’t have occurred to me,” she said. “My dad would take my sister and me to plays when we were young, like six or seven years old. We saw Hair in New York on summer vacation. We would go see Yul Brynner do The King and I in Atlanta.” Her parents were strong theater lovers and even started a children’s theater in their home. Sadly, when Roberts was only 4-years-old her parents divorced. Julia moved to Georgia with her mother and sister, Lisa, while Eric and her father Walter stayed in Atlanta.

Despite coming from a family of actors, Julia actually wanted to be a veterinarian. In an interview with Ellen DeGeneres, Roberts explained why she never made it very far with her initial career aspirations. “Yes, I did because I saw Rex Harrison play Doctor Dolittle when I was a kid and I thought, ‘Well I have that power. I can talk to the animals. What is wrong with you today? Oh, I see.’ But then I started taking science and biology and realized, ‘Wow, that is hard. I’ll just be an actor,'” she joked.

In an interview with Access Hollywood, Julia Roberts talked a bit about her high school experience. She explained that she wasn’t very popular — she was just average. “[I was] just mediocre, just getting through the hallways with my girlfriend, Paige. We weren’t losers, but we weren’t popular, we were just coasting, that is exactly what we were doing,” she said. She was a late bloomer. Julia also mentioned that she was never really noticed by guys in high school. They didn’t take notice of her until “late, but it was good timing for me, but, it was latish.” Roberts is still close with Paige. In fact, Paige is her daughter’s godmother!

In 1987, Julia Roberts acted alongside Liam Neeson in the film Satisfaction. The film wasn’t a big hit, but it did spark a relationship between the two actors. Roberts and Neeson fell in love on set and ended up moving in together. They lived together in Venice for a period of time and dated for about a year. She was only 19 at the time and he was 35. Liam and Julia appeared on screen together again in 1997, almost ten years later for the film Michael Collins.

In the ’90s, Julia Roberts began dating Kiefer Sutherland and they eventually became engaged. However, a few days before the wedding, they called the whole thing off. “I had returned from a trip to Arizona intending to tell Kiefer that I thought it would be best for both of us not to get married. But the next time I talked to Kiefer, he called me on the telephone…And he proceeded to tell me what I was going to tell him, which is he did not want to marry me, he did not want this to happen,” she said in an interview with EW. “But he was far more nasty about it than I was going to be. He hung up the phone, and called back a few hours later and basically said, ‘So, is it on or is it off?’ At that time I said what I was going to say. According to Roberts, their breakup was actually extremely civil, but the whole thing was sensationalized by the press. After all was said and done, Kiefer portrayed himself as the victim, as though he was left at the altar, but in reality he had also been dating another woman while he was engaged to Roberts.

Julia Roberts won her first Oscar award for her performance in Erin Brockovich. This was one of the most career-changing roles for Roberts. During this film she became the first actress to receive a salary as high as $20 million for a single film. Before she started shooting Ocean’s Eleven, George Clooney and Brad Pitt played a prank on her. They sent her a card that read, “We heard you get 20 per film,” with a $20 dollar bill.

The chemistry between Richard Gere and Julia Roberts is undeniable, and so it’s hard to imagine any other actors in Pretty Woman! When looking back 25 years later, Roberts and Gere divulged that he almost didn’t take the part. Gere was offered the part of Edward Lewis numerous times, but he kept turning it down because he didn’t like the part. In order to convince him to take on the role, director Garry Marshall brought Julia Roberts to Gere’s apartment (which was also his office at the time) to see if they had any chemistry. “I was so mesmerized I don’t remember Garry. I only remember this girl. We loved each other immediately. It was a nice thing. But to be honest, I didn’t know if I was doing this movie yet. She’s across from my desk, we’re getting to know each other, we’re flirty-flirty, nice-nice, it’s all going [well], and he calls up and is kind of like, ‘How’s it going?’ And I’m going, ‘Yeah, yeah…’ She’s across from the desk and she takes a piece of paper and she’s writing something on it,” said Gere. It was a Post-It note, and Roberts had written, “Please say yes.” Gere said it was so sweet he couldn’t help but agree!

Roberts met her now-husband Daniel Modder on the set of The Mexican. He was a first assistant cameraman and she was starring in the film. It wasn’t love at first sight because when they first met they were both in relationships with other people, but they formed a strong friendship. At the time she was dating Benajmin Bratt and Modder was married. When their relationships ended, they ended up together. They eventually got married in the summer of 2002 at their ranch home in, Taos, New Mexico, in a secret midnight ceremony. The only celebrity who was invited was Bruce Willis and Roberts downplayed the whole thing by not telling anyone in advance. She had no bridesmaids, groomsmen or flower girls and she traded the big white dress for a simple pink cotton halter dress while Moder wore a red shirt with tan pants. They now have three children together, twins Hazel and Finn, 11, and Henry, 9.

Julia Roberts is a woman of many talents and one of those is knitting. It’s one of her favorite hobbies and, now that she’s gotten quite good, she likes to push herself and do intricate patterns. In an interview with the Inquirer, Roberts said she likes doing it because it keeps her busy, but also because it allows her to be social at the same time. She’s knit things like sweaters, scarfs and even sleeping bags for her daughter’s dolls! “Sally Field taught me to needlepoint [when we were doing] Steel Magnolias, and Eric Brat (scenic artist on The Pelican Brief) taught me how to knit. The nice thing is, you can be very [sociable] while knitting. You don’t have to be staring at it. So it’s a nice thing to do on a movie set. I have been knitting for a long time so I think I am pretty good [now]. I made a bunch of stuff and now, my daughter knows how to knit as well,” said Roberts.

3. Her Sister Has her Oscar

Julia Roberts won her first and only Oscar award for her performance in Erin Brockovich, but she told Vanity Fair that she doesn’t even keep her prized possession in her own home! Her award is at her sister Lisa’s house in New York City. “It’s in my sister’s apartment. And it’s always been there, because after the Oscar’s I went straight from Los Angeles to Las Vegas for Ocean’s 11. So I had this thing in my hotel room on the edge of the tub, in this very gold bathroom. I thought, no one’s going to notice it here. It blends in. My sister and her husband were in Las Vegas with me, and their apartment in New York is downstairs from my apartment…So she took it home with her, and by the time I got home there had become this thing about it living in her apartment. People who came over to see her would take their picture with it, and she was making a photo album,” said Roberts.

This would be surprising to many, but Julia Roberts is the proud owner of multiple tattoos! While on the Ellen DeGeneres show back in 2014 she divulged that she has tattoos on her lower back. “I have all my children’s names and my husband’s initials,” she said. She also said that she and Danny were a little bit ‘idiotic’ because they had each other’s initials tattooed on each other before they got married.

In an interview with Elle, Roberts said she’s completely against the use of Botox or anything that prevents her from aging naturally. “It’s unfortunate that we live in such a panicked, dysmorphic society where women don’t even give themselves a chance to see what they’ll look like as older persons. I want to have some idea of what I’ll look like before I start cleaning the slates,” she said. One of the biggest reasons she’s so against it is because she’d like to still be able to emotionally connect with her children. “I want my kids to know when I’m pissed, when I’m happy, and when I’m confounded. Your face tells a story…and it shouldn’t be a story about your drive to the doctor’s office.”