Home » Entertainment » Celebrities » Cast Of Notting Hill: How Much Are They Worth Now?

Cast Of Notting Hill: How Much Are They Worth Now? 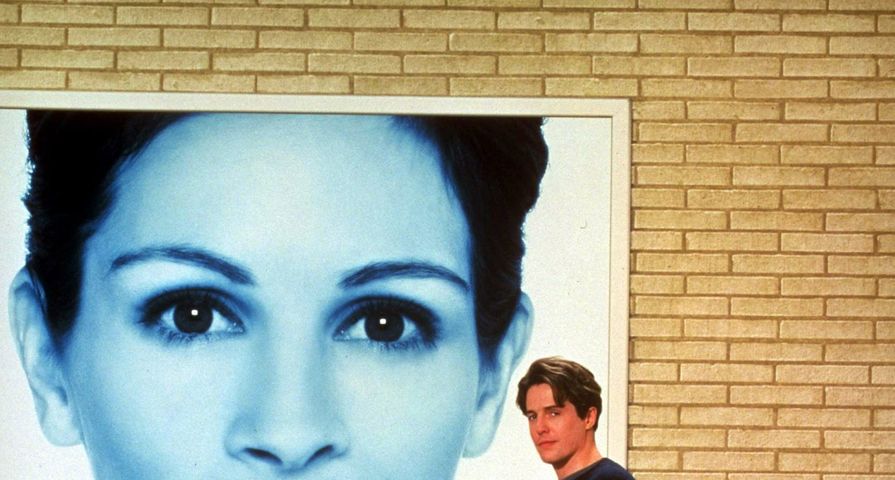 Notting Hill is a 1999 British romantic comedy that broke the box office in terms of financial success and critical review. From the same creators as Four Funerals and a Wedding, the film hosts two huge Hollywood stars, Hugh Grant and Julia Roberts, as well as some smaller, but equally as great like Rhys Ifans, Emma Chambers, Gina McKee and Hugh Bonneville. Notting Hill went down in history as one of the highest grossing British films that year earning just over $363 million worldwide and over $116 million in the U.S. alone. It even broke an American record as the highest grossing opening weekend for a rom-com when it earned over $27 million! Not surprisingly, the film has become a classic for fans of Roberts and Grant — the biggest rom-com stars of the ’90s and early 2000s. Check out this list and find out how much the main cast members of Notting Hill are worth now!

Estimated Net Worth: $8 million. Hugh Bonneville is now most recognized for his lead role in Downton Abbey as Robert Crawley, a role that earned him a BAFTA, Emmy and Golden Globe nomination. He’s also had notable roles in W1A, The Hotel, Twenty Twelve, Country House Rescue and Courting Alex. Bonneville has done many television movies and appearances on popular shows like Doctor Who, Rev., The Silence and Da Vinci’s Demons. When it comes to films, his career has been just as successful. He starred in films like Paddington, Man to Man, Mansfield Park, Iris, Conspiracy of Silence, Four Last Songs, Knife Edge, From Time to Time, Notting Hill and The Monuments Men. Hugh Bonneville made most of his net worth while working on Downton Abbey, but outside of this role he’s managed to stay quite busy! He’s currently worth an estimated $8 million.

Estimated Net Worth: Unknown. This British actress is best known for her role in Notting Hill as Honey Thacker and Alice Tinker in the BBC series The Vicar of Dibley. She also held a series regular role in Martin Chuzzlewit and How Do You Want Me? In addition to those, she’s appeared in the series Drop the Dead Donkey, Pond Life, Take a Girl Like You, Little Robots and the film Bravo Two Zero. She hasn’t had an acting job since 2003 and her roles are few and far between so it’s not that surprising her net worth is unknown. She’s probably worth around $200 thousand.

Estimated Net Worth: $12 million. This Irish comedian is also a writer, filmmaker and actor! His biggest accomplishments have been co-writing and starring in the sitcom Black Books, as well as his stand-up performances. He’s performed at numerous festivals like Edinburgh Festival Fringe, Just for Laughs, Melbourne International Comedy Festival and Kilkenny Comedy Festival. Moran also held starring roles in Calvary, A Film with Me in It, Run Fatboy Run, Shaun of the Dead and The Actors. In 2007 he was voted 17th greatest stand-up comic and again in 2010 as the 14th greatest stand-up comic. He’s currently worth a whopping $12 million.

Estimated Net Worth: Unknown. James Dreyfus made a name for himself as an actor when he took the role of Constable Kevin Goody in the popular sitcom The Thin Blue Line back in the mid ’90s. He also starred in the television series Gimme Gimme Gimme as Tom Farrell and Reverend Roger in Mount Pleasant. Other television series that he’s appeared in are Father Brown, My Hero, Bette and Absolutely Fabulous. When it comes to films he’s appeared in projects like Boyfriends, Notting Hill, Agent Cody Banks 2: Destination London, Colour Me Kubrick and lent his voice to Willo the Wisp. His net worth is largely unknown mainly because he hasn’t had any big roles in huge money-making projects and his resume is limited. We’d guess his net worth is somewhere around $300 thousand.

Estimated Net Worth: $80 million. Hugh Grant has the second highest net worth on this list and that’s not surprising at all considering the career he’s had! This critically acclaimed film actor has been in almost 40 movies since the early ’80s and his films have grossed more that $2.4 billion worldwide. Almost every project that he does features him in a lead role and grosses at least a million at the box office. His biggest and most profitable movie roles have been Four Weddings and a Funeral, Nine Months, Sense and Sensibility, Notting Hill, Bridget Jones’s Diary, Two Weeks Notice, About a Boy, Love Actually, Bridget Jones’s: The Edge of Reason, Music and Lyrics, Cloud Atlas and The Man from U.N.C.L.E. He’s done many television movies and few TV series, but his main line of work is most definitely on the big screen. Grant is estimated to be worth $80 million.

Estimated Net Worth: Unknown. This English actress has an extremely successful television and film career. She’s made appearances in more than 20 films and just over 30 television series. McKee held starring roles in the following films: Taj Mahal, In the Loop, Mirror Mask, Mickybo and Me, The Reckoning, There’s Only One Jimmy Grimble, Notting Hill, Women Talking Dirty, Wonderland and Croupier. She’s also held notable roles in series like The Borglas, The Lost Prince, Our Friends in the North, The Forsyte Saga and appeared on popular shows like The Walking Dead, Vera, Secret State, By Any Means, Line of Duty, Missing and The Street — just to name a few. Her net worth is unknown probably because most of her work is on British television so she hasn’t made much of a name for herself on American television, but she’s definitely had an active career. She’s probably worth around $800 thousand.

Estimated Net Worth: $12.5 million. Born Rhys Owain Evans, this Welsh actor has made a name for himself as an actor and musician. He’s most well recognized for his roles as Spike in Notting Hill, Jed Parry in Enduring Love, Eyeball Paul in Kevin & Perry Go Large and a member of the rock groups Super Furry Animals and The Peth. He has one of the longest lists of films out of all the actors on this list — he’s appeared in nearly 60 movies! Some of his most recent projects have been starring roles in Hannibal Rising, Four Last Songs, The Five-Year Engagement, Elizabeth: The Golden Age, The Boat That Rocked, Greenberg, Anonymous, Nanny McPhee and the Big Bang, The Amazing Spider-Man, Serena, She’s Funny That Way, Notting Hill, Alice Through the Looking Glass and Harry Potter and the Deathly Hallows – Part 1. He doesn’t do much on television; it’s primarily film which is working out quite well for him considering he’s worth an estimated $12.5 million!

Estimated Net Worth: $170 million. Julia Roberts has the highest net worth on this list, as she should! She’s the biggest star in Notting Hill and continues to be one of the biggest stars in Hollywood. The Academy Award winning actress has been in some of the most successful rom-coms and movies. Her biggest film roles have been in Erin Brockovich, Pretty Woman, Sleeping with the Enemy, Hook, My Best Friend’s Wedding, Money Monster, Mona Lisa Smile, Ocean’s Twelve, Runaway Bride, Ocean’s Eleven, Conspiracy Theory, Eat Pray Love, Valentine’s Day, Mirror Mirror and Stepmom. Not only does she have acting chops, but she’s been working as an executive producer and director on numerous projects. She was the executive producer for Stepmom, Kit Kittredge: An American Girl, Jesus Henry Christ and the series Queens Supreme, as well as a few television movies and one documentary. Julia Roberts is currently worth an estimated $170 million.