12 Movie Stars Who Started Their Career In Teen Shows 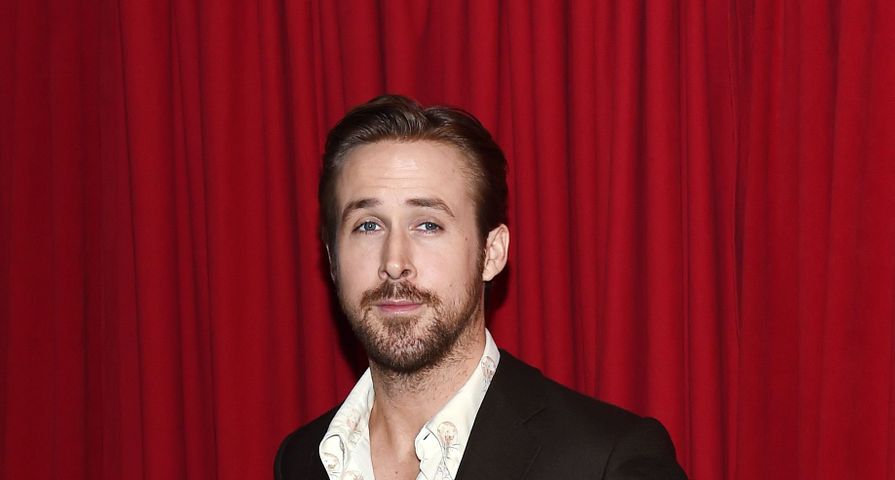 Lately there has been a surge of big time movie stars making their way back to TV, and for many that is exactly how they got their start, even though many fans forget. Movie stardom is usually a lot bigger in Hollywood, aside from a few select shows, but that doesn’t mean a TV series is not an excellent way to jumpstart you career, as many, many celebrities have learned. Teen series in particular feature a lot of today’s big stars in their younger days, many of which we forgot all about. Check out 12 A-list movie stars who got their start on popular teen series!

Right now Jessica Chastain is one of the most sought after actresses to star in major films. Just in the past couple of years alone she has starred in Zero Dark Thirty, Interstellar, The Martian and Crimson Peak. Before all of that, however, her very first roles in 2004 were on two major TV series. She appeared in an episode of ER, and then in an episode of the hit series Veronica Mars. Jessica starred in “The Girl Next Door” episode as Veronica’s neighbor who goes missing. 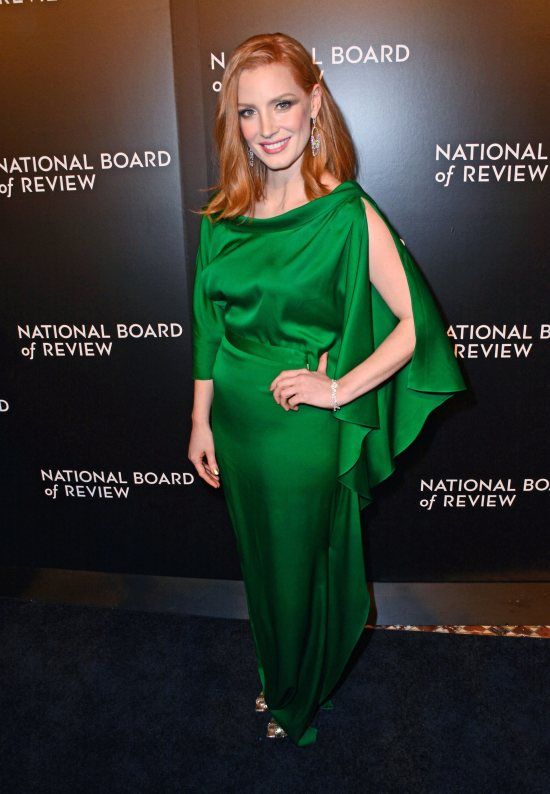 Before her big break in 2007’s Superbad which left the door wide open for movie roles, Emma Stone appeared The Suite Life of Zack and Cody in 2006 and then Malcolm in the Middle that same year. Emma starred in the episode “Lois Strikes Back” as Diane, a girl who gets tormented from Lois after she humiliates Reese. Many forget all of this now that she is has appeared in so many major films in recent years. 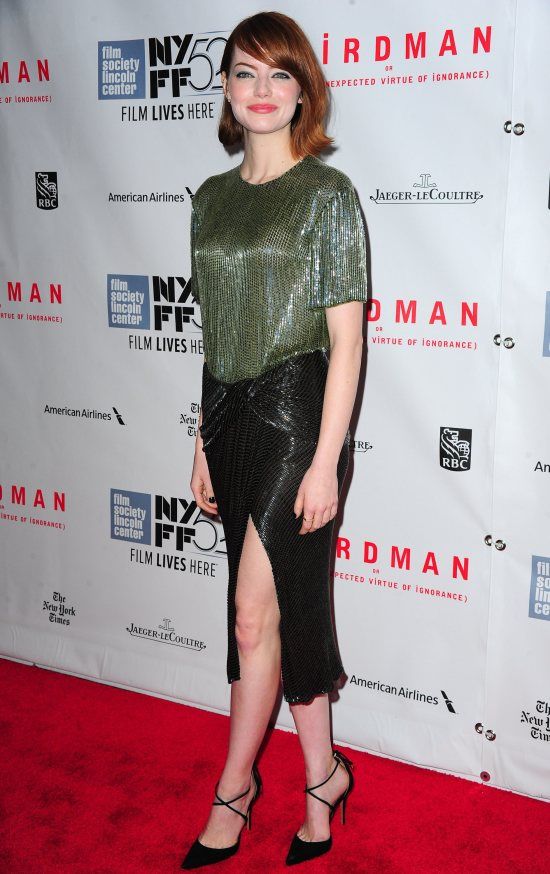 Olivia Wilde is a hard face to forget, and her talent and beauty has launched her into A-list fame, but before she was a major celebrity, she was getting her start on TV. From 2004-2005 Wilde guest starred on The O.C. as Alex Kelly, an edgy bartender who dated Seth (Adam Brody) and then Marissa, before leaving after realizing Marissa would never be over Ryan. Since then she has starred in Tron: Legacy, Cowboys & Aliens, The Change-Up, Rush, Her and Meadowland, just to name a few. 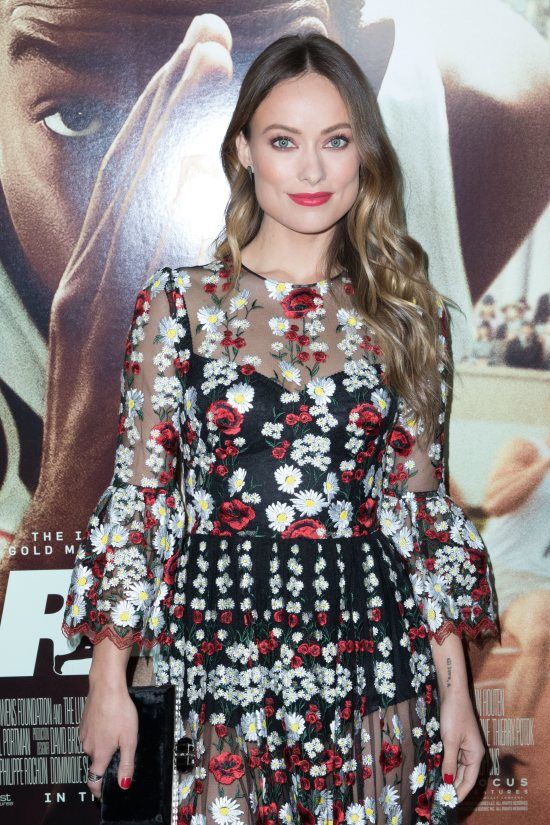 Mila Kunis actually had many TV roles before becoming a star including small spots in Baywatch and Days of Our Lives. Then, from 1996-1997 she appeared in four episodes of 7th Heaven, and of course, got her big break in 1998 after landing the role of Jackie Burkhart on That ’70s Show. Her star has been on an ever increasing rise since as she has made it to the A-list of movie stars! 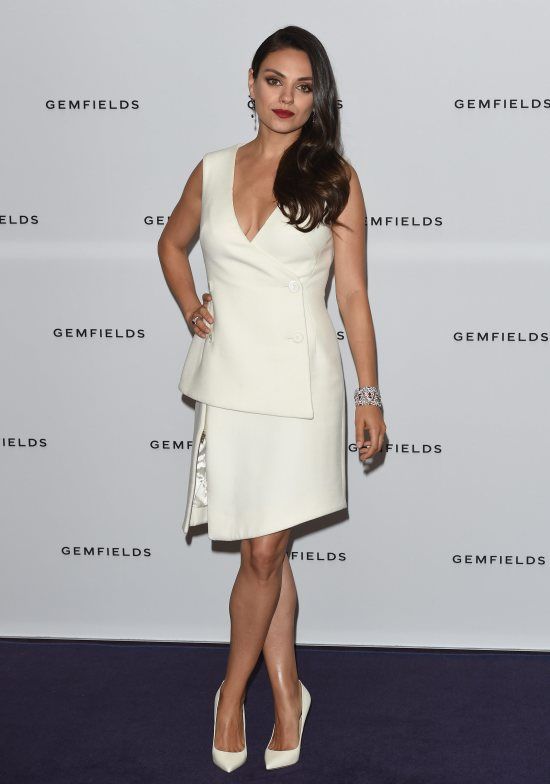 Shia LaBeouf has sort of turned himself into an industry joke, and he is gaining more attention for recent antics which included a live-art show, a live-stream of himself watching all of his films, and a recent 24-hour occupation of an elevator. He was however doing very well in films starting with his 2002 role in Holes and landing the lead role in 2007’s Transformers. With so much going on with him lately, he seems forever removed from his start as Louis Stevens on Disney’s hit tween/teen show Even Stevens. 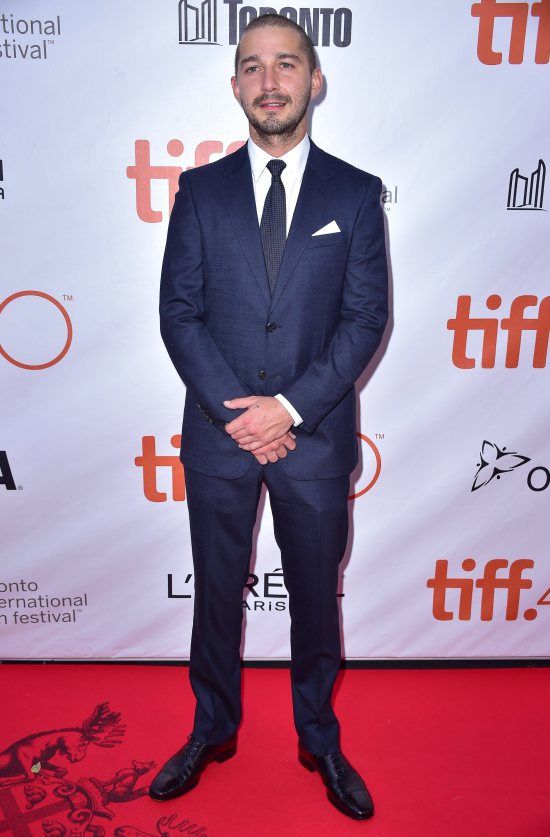 Katherine Heigl had quite the run on television before her big break into movies. Many remember her as Dr. Isabel Stevens on Grey’s Anatomy, but before that she starred in the teen series Roswell High from 1999-2002 as Isabel Evans. It was basically her breakout role, although one many forget about following her turn on Grey’s Anatomy and then several blockbuster films. 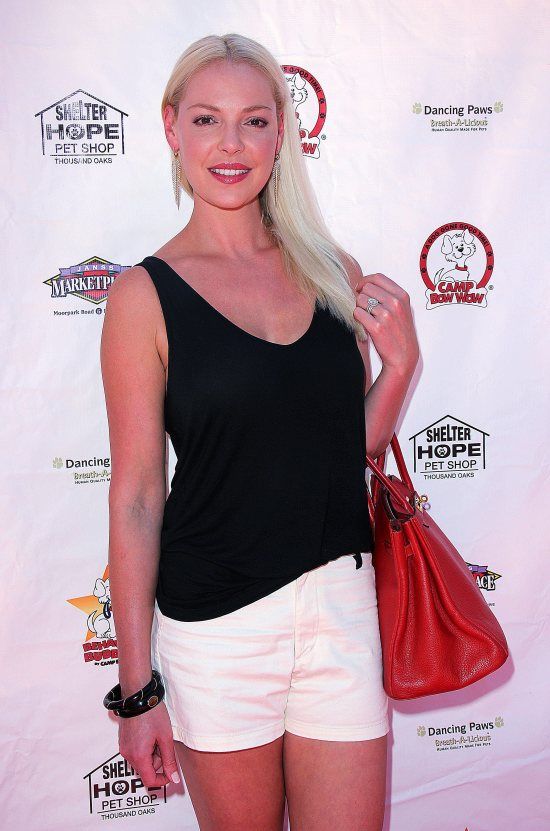 Jared Leto’s career success has been unbelievable. Many know him as the frontman for the band Thirty Seconds to Mars and others know him as a dedicated and talented actor who has starred in films such as Requiem for a Dream and Dallas Buyers Club. Before all of it though, Leto starred in the critically acclaimed teen series My So-Called Life as the love interest Jordan Catalano of the main character Angela Chase portrayed by Claire Danes. Leto has come so far with so many roles in award-winning films, his teen drama start is almost long forgotten. 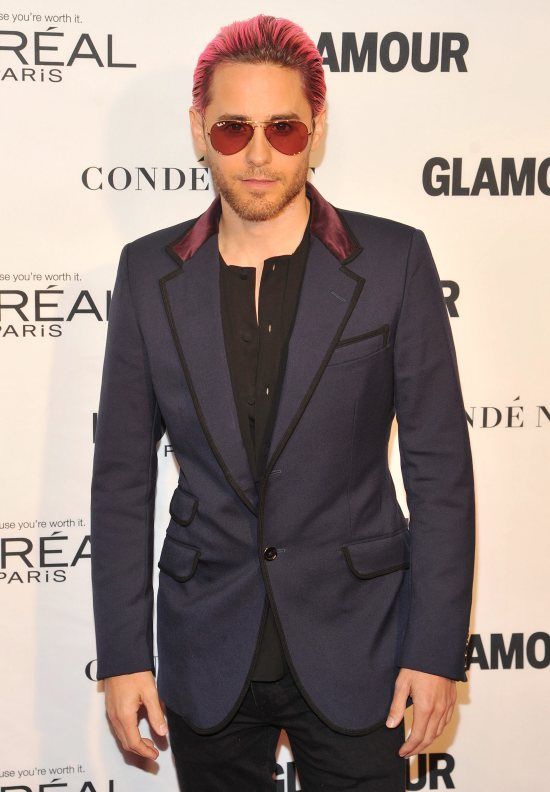 Shailene Woodley is now widely known for starring in the highly successful Divergent series, but back in the early 2000’s she got her start as Kaitlin Cooper on the hit teen drama The O.C. She only had six episodes as the character, but then went on to star in ABC’s The Secret Life of the American Teenager from 2008-2013, all of which was quickly eclipsed by her Divergent and The Fault in Our Stars’ fame. 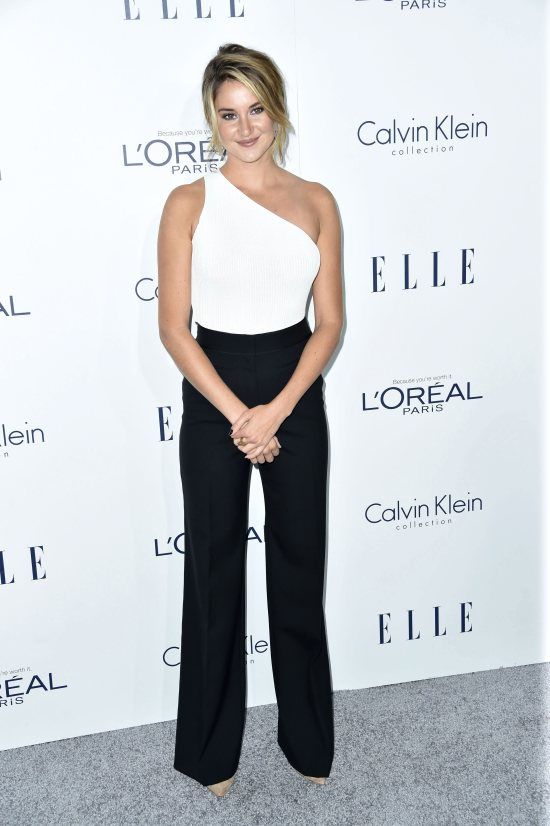 Johnny Depp is one of the most iconic actors of the generation, and with so many major movie roles in a short period of time, pretty much everyone forgets the time before he was one of the biggest movie stars on the planet. He reminded everyone, however, when he reprised his role of Tom Hanson in the 2012 film 21 Jump Street. Depp starred on the series 21 Jump Street from 1987-1990 as Officer Tom Hanson who, along with other specific officers, did undercover operations at high schools because of their young looks. 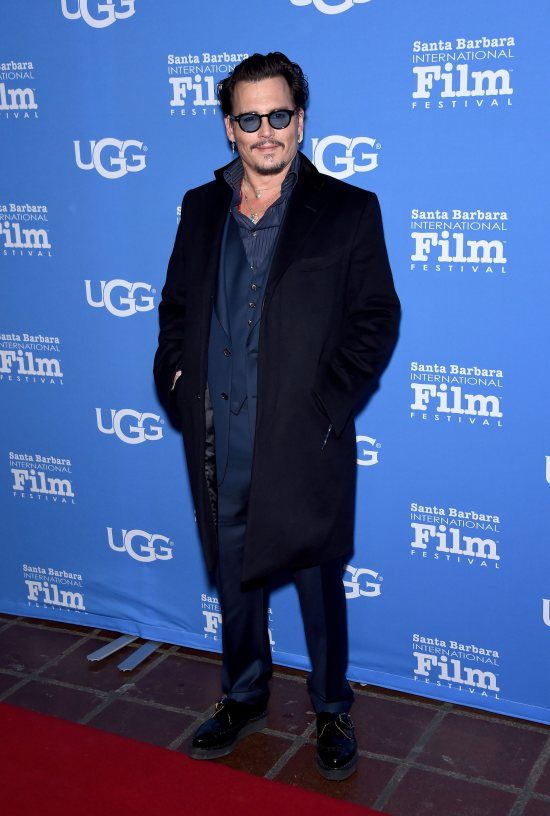 Jessica Alba’s big-screen break came in 1999 when the stunning star appeared in the classic romantic comedy/teen movie Never Been Kissed. Years before, however, she had already got her start as a teen star after appearing in a few episodes of the 1994 Nickelodeon hit show The Secret World of Alex Mack as the ultimate “mean girl” Jessica, which was later followed by a role in the series Flipper. Many are unaware of her start in those shows because of her breakout role in the series Dark Angel from 2000-2002 which gave way to movie roles such as Honey, Sin City, Into the Blue and Fantastic Four. 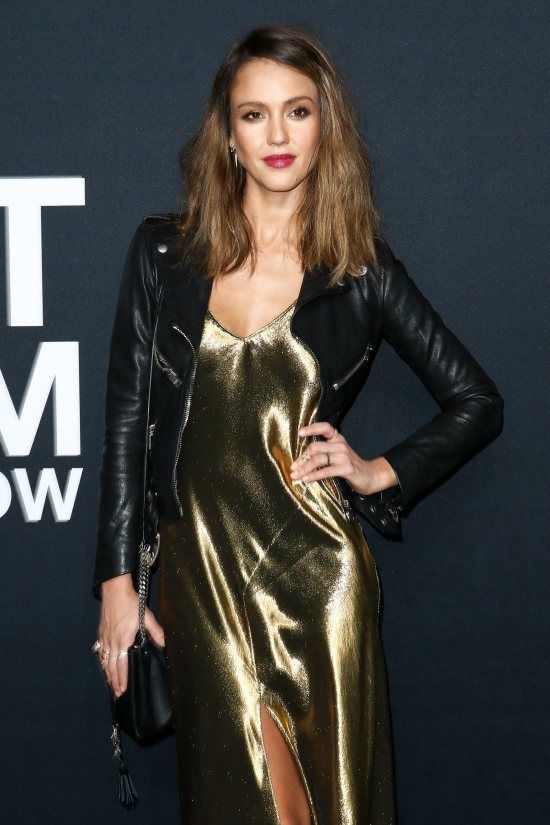 Chris Pratt stole the show on Parks and Recreation as Andy Dwyer in a role that many considered his big break. From there he has almost instantaneously became one of Hollywood’s biggest action stars thanks to lead roles in two huge franchises, Guardians of the Galaxy and Jurassic World. Due to his popularity now, almost everyone forgets that he once had notable roles in both Everwood from 2002-2006, and The O.C. during season four. Pratt played the role of Che, an activist who gets close to Summer and influences her statement-making ways, and many are shocked when they see it is indeed Pratt in the iconic teen series of the 2000s. 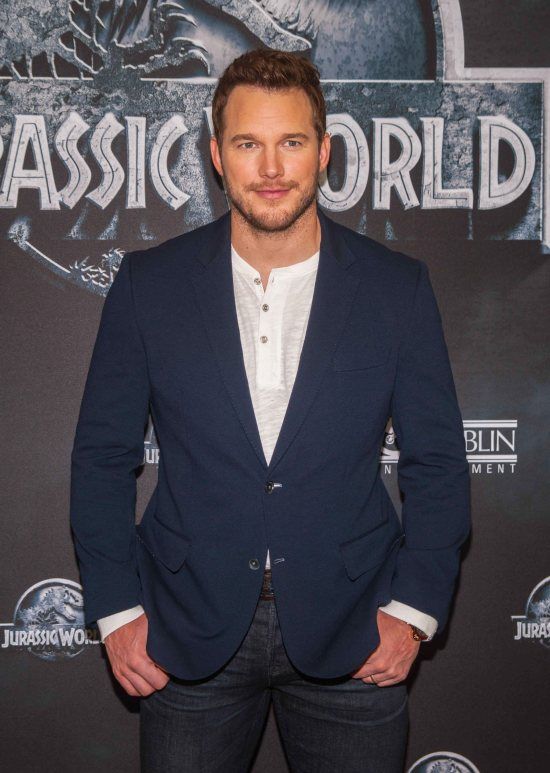 Given Ryan Gosling’s success and popularity in Hollywood, thanks to his good looks as well as his roles, many fans don’t remember when he was an awkward teenager getting his start on television. Gosling’s first ever role was in the hit series Are You Afraid of the Dark? As a Canadian, however, his first leading role came as the star of the Canadian teen comedy-drama series Breaker High. He then went on to a role almost no-one remembers. Gosling was cast as Hercules in the spin-off series Young Hercules which aired on Fox Kids Network in 1998. It only aired for one season and it didn’t take long before he started making himself known in films and his teen star days were behind him. 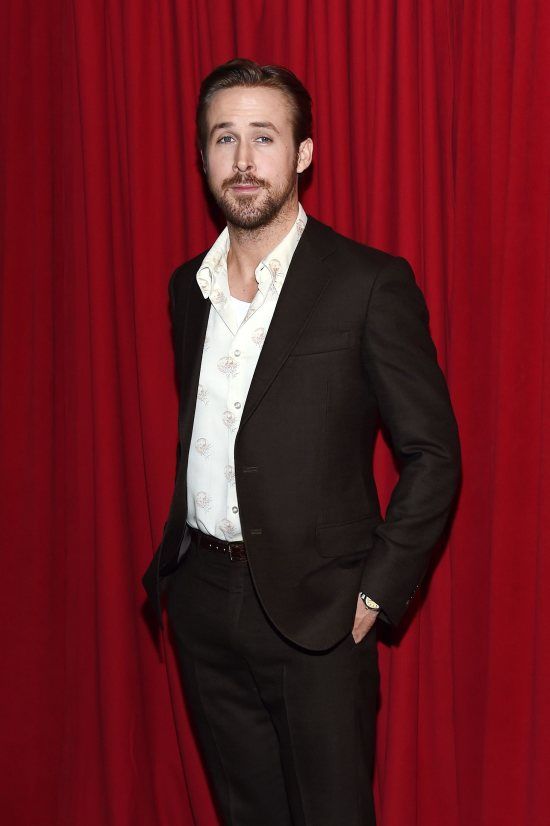