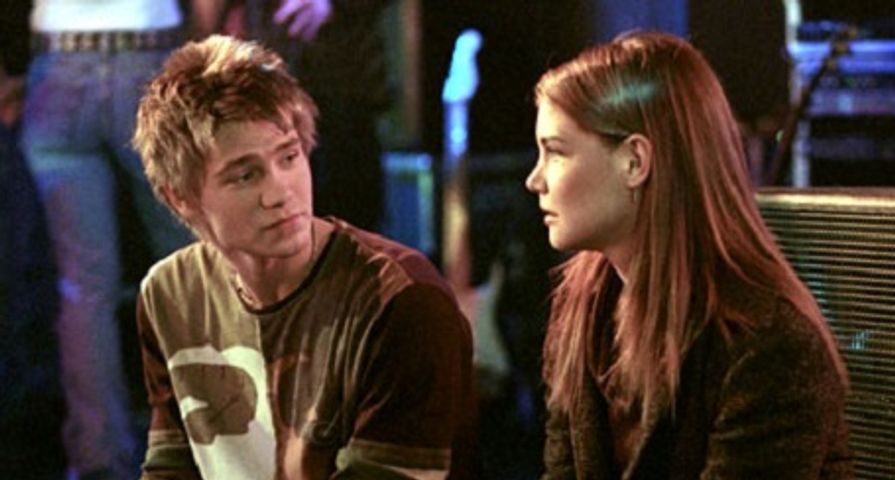 Many celebrities got their start on television series and, while that was only the launching point for a big-time film career for some, many found their fame in the realm of the small-screen. As audiences know, the teen drama market is a well stocked one with networks like Fox and the CW thriving off of shows aimed at teens and based on teens. Some of our favorite TV actors have therefore stayed in that market, appearing in several teen series over the years, some of which you may not have known about. Check out these stars who disregarded growing older by continuing to take on teen roles in very popular shows.

Jana Kramer is now best known as a country music singer, but she has also had her fair share of acting credits, including roles in very popular teen series. In 2008, Kramer appeared in a few episodes of the show Friday Night Lights as the girlfriend of football star Smash Williams. The next year, she made an appearance on 90210 as Portia Ranson and, not long after, she landed a recurring starring role on One Tree Hill as Alex Dupre.

Right in the midst of her own teen years, actress Michelle Trachtenberg took on the role of Dawn Summers in the hit show, Buffy the Vampire Slayer. As Buffy’s little sister, Dawn, Trachtenberg became an integral part of the show and finished the series out. Many forget about that starring role however, after five years later when Trachtenberg became a major component of a new teen series, Gossip Girl. She was a great addition to the show as Georgina Sparks, appearing in 22 episodes from 2008 to 2012.

We all know James Van Der Beek as the star of the Dawson’s Creek from 1998 to 2002. One of the original teen series stars, Van Der Beek is always held up to his role as Dawson Leery no matter how old he gets or what acting gigs he takes on, and teen drama fans couldn’t have been more happy when he popped back up in the hugely successful series One Tree Hill. For four episodes in season six, Van Der Beek appeared as Adam Reese, the money-spending, womanizing director in charge of bringing Lucas’s novel to the big screen.

Degrassi is a very underrated teen show, however it has lasted for more than three decades and has seen an endless rotation of teen actors go in and out of the doors of Degrassi High. It is surprising not more of these actors have found more success after leaving Degrassi, but Nina Dobrev sure did. When she was 17 years old, Dobrev starred on Degrassi: The Next Generation as Mia Jones, and left the show for an even bigger and better teen drama, The Vampire Diaries, which she starred in from 2009 to 2015.

Shenae Grimes is known for her main role as Annie Wilson in the Beverly Hills, 90210 reboot, 90210 from 2008 to 2013. But before she was starring in the popular series, she was also walking the halls of Degrassi. From 2004 to 2008, Grimes portrayed Darcy Edwards and her character even had a mini-feud with Dobrev’s Mia Jones.

Although she wasn’t a main character, fans will have no problem recognizing Torrey DeVitto from her stint on One Tree Hill in season five as “crazy” nanny Carrie. After her stint on that show, she moved on to another CW hit, The Vampire Diaries, as Dr. Meredith Fell, during which time she was also married in real-life to Vampire Diaries star Paul Wesley. DeVitto wasn’t done appearing in popular teen series though, as she then played Melissa Hastings for 38 episodes of Pretty Little Liars. Who needs to be a star of a show when you can land reoccurring roles on three fan favorite series!?

Fans of one of the original teen dramas, Beverly Hills, 90210 are well aware that Tori Spelling got her start starring as Donna Martin on the show, and she even went on to reprise her role briefly in the reboot series 90210 in 2009. After her Beverly Hills fame and starring in her own reality show, Spelling appeared in another extremely popular show, Smallville. For two episodes Spelling portrayed Linda Lake, a gossip reporter who had the ability to transform into water, making it easy for her to eavesdrop on important conversations. She appeared for two episodes before her character was smothered to death by Doomsday.

Scott Foley has made a pretty good career out of landing roles on primetime shows, recently appearing in hit dramas such as True Blood, Grey’s Anatomy and Scandal; however, many will know him first and foremost as Noel Crane on Felicity from 1998 to 2002. Due to this mostly being recognized as his “break-out” role, many forget he was first on a different teen drama, Dawson’s Creek. Foley appeared in the show for five episodes as Cliff Elliot, the quarterback boyfriend of Jen, who Dawson hated of course.

Before he was best known as Megan Fox’s soon-to-be ex-husband, Brian Austin Green was one of the heartthrobs on Beverly Hills, 90210. Green of course played David Silver, the boyfriend and eventual husband of Spelling’s Donna Martin character and, interestingly enough, they both also appeared on Smallville years later. After brief stints in several other shows, Green returned to the fame of teen dramas when he appeared as John Corben/Metallo, a nemesis of Clark’s with a Kryptonite heart.

Yes Paul Wesley is definitely the swoon-worthy Stefan Salvatore of all seven seasons of The Vampire Diaries, but Wesley also made his circuit around teen series before landing that prominent lead. From 2003 to 2004, Wesley played Tommy Callahan in Everwood, and also in 2003 appeared in two of the 2000’s hottest shows, Smallville and The O.C. He played Ryan’s Crab Shack co-worker Donnie in The O.C. and then got the role of Lex Luthor’s brother, Lucas Luthor, in Smallville.

After making random appearances in different shows and TV movies, Chris Carmack hit it big with fans again as Will Lexington in Nashville. Many fans of the show however will also remember Carmack as Luke Ward from The O.C. In between his two starring roles, Carmack was another star to appear on Smallville in 2005. He played meteor freak Geoff Johns who tried to recruit Clark to play college football with him at Metropolis University.

Ian Somerhalder and Paul Wesley seem to always be connected! Somerhalder of course plays the equally sexy brother of Wesley’s Stefan Salvatore, Damon Salvatore, in The Vampire Diaries, and like Wesley also had a role in Smallville. Somerhalder had a run in six episodes in Smallville’s third season as Adam Knight, another love interest for Lana, and another enemy for Clark.

Adam Brody will forever be remembered as Seth Cohen from The O.C. and, because of that, it is often forgotten that Brody was on a couple other major teen series in the early 2000s. In 2002, Brody appeared on, you guessed it, Smallville! Brody played Justin Gaines, yet another meteor freak who had the power of telekinesis which he used to charm Clark’s best friend Chloe and murder Principal Kwan. After that Brody was on Gilmore Girls from 2002 to 2003 in nine episodes as Dave Rygalski, Lane’s first real boyfriend. Interestingly enough, Dave was very Seth Cohen-like and it was in 2003 Brody took on his iconic O.C. role.

For six seasons,Chad Michael Murray stole hearts and ruled as ultimate heartthrob for teens everywhere when he portrayed Lucas Scott on One Tree Hill. Thanks to the popularity of the show and prominence of his character, many didn’t connect the fact that it wasn’t Murray’s first teen drama role. In fact, he appeared as a recurring character in not one but two major teen series before his turn on One Tree Hill. In 2001, he played Tristan Dugray on Gilmore Girls for 11 episodes, where he tried to woo Rory and fought over her with Dean before getting kicked out of Chilton and sent to military school by his dad. The next year Murray made his appearance on Dawson’s Creek as Charlie Todd, the sleezy boyfriend of Jen’s who cheats on her and also tried to hook up with Joey.