Home » Entertainment » Movies » 12 Movie Easter Eggs You May Have Missed 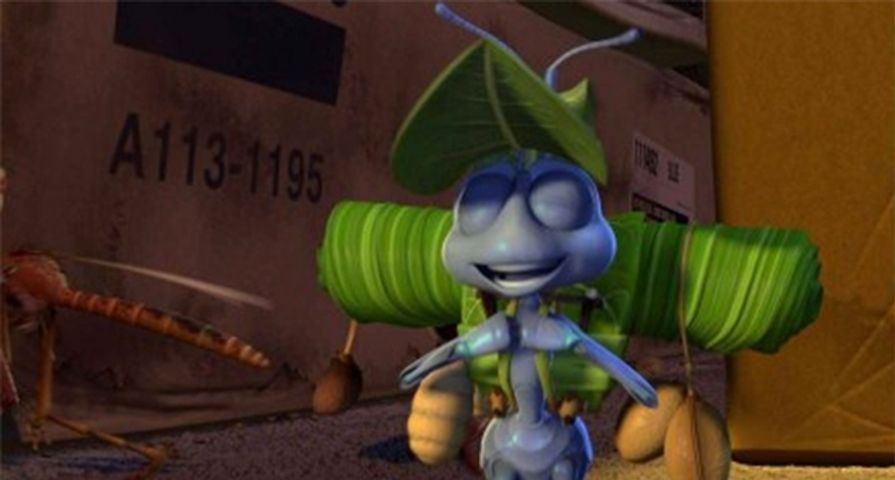 So… there are Easter eggs in movies? Not exactly. Though sometimes there are. “Easter egg” is an industry term suggesting hidden tributes, props, art design, random characters and the like which are placed into the mix for story depth, but most often as an homage to another film, friend, mentor or filmmaker in the business. Yes, in Rocky Horror Picture Show, the cast actually hid eggs in various places that can be seen throughout the film, but the following “Easter eggs” are a lot more intentional, and very cool when you catch them.

Was J.J. Abrams sending a little message to the fine folks at LucasFilm about wanting to helm the next Star Wars? Most likely, it was just a nod to one of J.J.’s favorite franchises, and one of his greatest inspirations. What was it, you ask? In the 2009 version of Star Trek, audience members can catch a glimpse of R2-D2 zip by the main control room in Starship Enterprise with a bunch of space junk, as the ship approaches a Romulan vessel. There’s never been any secret about J.J.’s love for Star Wars, so it was likely just an homage; however, there’s a strong argument that he had already enjoyed a couple conversations about taking the helm of The Force Awakens.

Audience members don’t need to look too hard in most Pixar films to find a consistent planting of the letter and number combination A113. There are so many theories as to what this means, but the most accepted: it was a classroom where many of the Pixar animators learned their craft at CalArts. To date, the tribute has been paid in every Pixar film, but it has yet to be found in Monsters, Inc. It’s likely on one of those doors in the shuffling machine, or it might be on a tag on the blanket belonging to one of the children. One never knows where it might pop up. It has also popped up in animated series like The Simpsons, and feature films, The Avengers and Hunger Games as well as others. Because of this, conspiracy theorist believes it means other things.

Here’s an Easter egg that often goes unnoticed. In the original Tron, which was released in 1982, a pretty stellar video display presents a look at one of the program circuits. Within the blue and yellow image, it is obvious that Pac-Man is in the mix. How obvious? Some people have seen the film dozens of times, and have never realized Pac’s presence. This is most often how Easter eggs work. It would take a very keen eye, willing to look away from the focused screen action, or the character speaking, in order to find the eggs. But Pac-Mac is most certainly there, and is completely appropriate, considering Tron takes place in the computer circuitry for a game.

Steven Spielberg and George Lucas are long-time friends, colleagues and professional confidants, so it’s never a surprise to see Easter eggs tributes to the other in their work. On Raiders of The Lost Ark, they were working together–Lucas producing, Spielberg directing–and in the scene where Indiana Jones and Sallah find the Ark of The Covenant, R2-D2 and C-3PO can be seen just over Indy’s right shoulder as a carving in the wall. A play on ancient hieroglyphics. This adds an entirely new level to the historical fiction in which the Indiana Jones trilogy (forget the fourth film) is set. Could the ancients have had relations with the other galaxy beings from the world of Star Wars?

Speaking of Star Wars… How about the first three episodes–which told a great story through terrible filmmaking execution? In the first–The Phantom Menace–Natalie Portman is offering a stoic, verbal beat down of her waning confidence in governing parties at a huge meeting of the Intergalactic Senate. During this scene, the species from the film E.T. can be seen offering approving gestures to Queen Amidala’s words. Just more of George Lucas and Steven Spielberg fleshing out the worlds of all these films. They’re all interconnected… apparently?

When Pepper Potts intrudes on Tony Stark, and he’s struggling to free himself from the Iron Man suit, he tells her something to the effect of, “This is hardly the worst thing you’ve caught me doing…” In the background, on a work table, audience members can see a prototype of Captain America’s shield. This would likely be the same shield that was developed by Tony’s dad, Howard Stark, and put on display in the first Captain America film. Many kudos to the team at Marvel. They have done an excellent job dropping these eggs into the various films taking place in the same world.

6. Back To The Future – Sherman and Peabody

In 1985, Marty McFly traveled back to 1955. And when he traveled back to 1955, he landed in the same location where the Twin Pines mall would someday be. In 1955, the location was a farm, with a barn, where the magical DeLorean DMC-12 came to rest. When the family comes to the barn to see what’s going on, they find the “spaceman.” At that point, the family son was referred to as Sherman. Chaos ensued. Shots were fired. Marty tried desperately to escape unscathed in his time machine. When he burst out of the barn, more shots were fired, hitting a mailbox that read Peabody: a reference to fellow time travelers Mr. Peabody and Sherman.

Brad Pitt plays a real SOB in Inglorious Bastards, delivering blood lust justice to Nazis in a historical fiction set in World War II. During one scene, Pitt’s character, Aldo Raines, asks Cpl. Wicki (Gedeon Burkhard) to translate from English to German. During the sequence, a maple leaf lands on Wicki’s left chest. According to actor Eli Roth, this became something of a natural Easter egg. An homage to the gold stars the Nazis forced the Jews to wear while in captivity. Is it technically an Easter egg? Maybe more of a happy accident, but the reason it was left was because it became Quentin’s personal, natural-occurring Easter egg.

Remember the scene in Toy Story, when Woody and Buzz get trapped in Sid’s house? For those who haven’t noticed the hallway carpet in Sid’s house of horrors, it is a shout out to one of the most terrifying movies of all time, Stanley Kubrick’s The Shining. Lee Unkrich, who is one of the Pixar geniuses, is a huge fan of The Shining–though it is alleged he didn’t place the Easter egg in the first Toy Story. That said, there are several other references to The Shining in Pixar films, including “RM237,” all placed into the mix by Unkrich.

For those who have seen Fight Club, and then craved a Starbucks coffee after viewing the film, there’s likely a reason for this. There is a Starbucks cup found in every scene. Obviously, this was an intentional ploy and plant by director David Lynch. At the time of production, Starbucks was on the rise, and taking over every street corner in major cities. (It was a few years before the Seattle-based brand took over every street corner in America as a whole.) David Lynch suggested nothing of disdain toward Starbucks, and believes they make good coffee. Still, for the tonality of the film, it was the perfect addition to suggest a life of going through the motions.

***Spoiler Alert*** There is a recurring theme throughout The Departed. The letter “X.” Or an oblique cross-hair, maybe? In The Departed, X marks an impending death. Every individual killed in The Departed is near some formation of an X. The most obvious is Matt Damon in the elevator, where the scuff pad on the back wall has a piece of tape that is mangled into an X. One really cool aspect is the despicable nature of Matt Damon’s character, and the fact that the X follows him throughout the film, appearing in many of his scenes. It is also worth noting that the X is likely Martin Scorsese’s tribute to the Howard Hughes produced, Howard Hawks directed Scarface from 1932–the theme occurs in that film as well.

***Spoiler Alert*** Quite possibly one of the greatest films ever made, Magnolia is laden with Easter eggs, plants and payoffs. The one Easter egg that pops up time and time again is the use of the numbers 8 and 2 in succession. For the well educated, Biblical historians, there are some interesting clues planted early in the film that pay off in epic fashion in the final act. These 8s and 2s can be seen in all three of the opening vignettes, and is especially well-placed on the rooftop when the teenage boy is about to commit suicide. Look closely at the rope against the roof line. Then follow the predictions of the 8s and 2s to payoff perfection.