Home » Entertainment » TV » 12 Most Expensive TV Series Ever Made

12 Most Expensive TV Series Ever Made 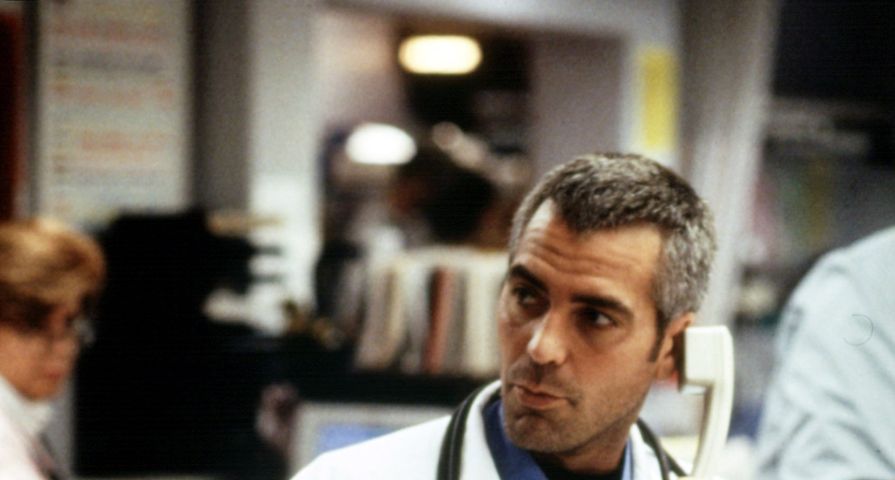 Have you ever wondered about the budgetary freedom–or restraint–of popular TV shows? Isn’t that what people spend their time pondering these days? The simple truth of television: it is incredibly hot. It is it form of visual entertainment. Advertisers are plugging more advertising into the medium than ever before, and the advent of content-based entertainment for Internet-based audiences hasn’t hurt the advertising game. Considering those big bucks, are are 12 of the most expensive TV shows that have ever been put into production.

$3 Million per episode. Breaking Bad enjoyed the benefit of shooting outside of Los Angeles during location shoots, and a relatively small cast from episode to episode. As the show came to a close, it was being made at an impressive $3 million per episode. To offer a little scope, an independent film like Napoleon Dynamite is generally made for less than $1 million. And anything in the realm of feature filmmaking under $5 million is considered micro-budget by Hollywood standards. Applying the Breaking Bad budget to two episodes to create what would be a feature length film, it is impressive that Vince Gilligan’s team was able to pull off what they did with this show. And Bryan Cranston’s salaray? A modest $225,000 per episode. Aaron Paul? $150,000 per episode. They could have asked for more toward the end, but they understood maximizing production value.

$4 Million per episode. The pilot episode of Lost was a game changer. The practical effects, and stunts combined with tremendous production design helped to thrust TV into a marketable, cinematic experience. As the series continued toward its conclusion, cast salaries increased and other budgets were cut, leaving some less than desirable VFX to assist in the storytelling–especially obvious in the final season. The fact that the entire production team, and cast lived, and shot the show in Hawaii, and each episode included as many international location-based story lines as it did…? The $4 million budget starts to make more sense. And of course, they had to budget a little extra for all of the cast members getting hammered with DUI charges while in Hawaii. The paydays for the cast were handsome across the board, but by the show’s conclusion, Matthew Fox was pulling in $250,000 per episode.

$4 Million per episode. Terra Nova. What a bust. The show had a pretty stellar concept, and it was rather well executed for being a futuristic, Jurassic Park wannabe, but it didn’t capture the interest of audiences, and when audiences aren’t interested, advertisers aren’t interested and that equates to the death of a show. For those who watched Terra Nova, the show presented promise for the second season, which is when many shows of this nature begin to hit their stride. As it stands, Terra Nova is available on Netflix for the truest of fans, and those who are curious about the adventure that never really got going. The benefit of big budget shows like this, without a star-studded cast: the money shows up on the screen. This show was full of decent TV VFX, some cool vehicles, stunt work and stellar sets and production design.

$4.5 Million per episode. Any show set in a historical period is going require some serious budgeting expertise. To begin, it will be reliant on shooting in a specific location, or on one of the many studio ranches, and that accumulates a serious expense. Add to it the fact that it’s cable TV, and there’s a little more opportunity to get some good money behind the show. Deadwood is the perfect example of a contemporary western that did the most it could with its impressive, episodic budget. Again, when considering that two episodes equate in length to a feature film, that is a western movie made for less than $10 million, and that is pretty crazy. Deadwood deserves some credit for establishing a new paradigm for cinematic, TV westerns on a good budget. Hell On Wheels is an example of a stylistic and tonal show disciple.

$5 Million per episode. True Blood got its seven seasons thanks to an incredibly loyal fan base. Or perhaps blood-thirsty would more aptly describe this fan base. In addition to having a loyally rabid fan base, True Blood was also produced by HBO, and if HBO has figured anything, it’s that the company can continue to run their series for years to come. At a certain point, the series (that ended in 2014) will enjoy a new audience and more than likely, the truest fans will want to introduce many others to the show. How did the $5 million budget break down for this show? It showed up on the screen. Unlike another show in this budget range–honorable mention to The Big Bang Theory–$3 million of the budget didn’t go to three actors per episode. The biggest chunk of the budget? Fake blood and vampire teeth. Kidding.

$5 Million per episode. Another slick cable show, Boardwalk Empire was an award winner in waiting. HBO further solidified itself as king of cable production with this show, locking down Steve Buscemi in the lead role, but more impressively, legendary director Martin Scorsese as the director of the pilot. HBO put $20 million behind the pilot, and that’s not a VFX budget. Fact is, it’s a period drama, and when Scorsese suggested authenticity to introduce this show to the world, the production team built a 300 foot long boardwalk to represent the famed boardwalk of Atlantic City in the Roaring 20s. This was the era that boasted the legendary Steel Pier amusement center. Now, the show operates on a $5 million budget per episode, and if success is measured by a loyal fan base, and critical acclaim, this show fits the bill.

$6 Million per episode. If ever $6 million dollars was well spent, it has been on each episode of Game of Thrones. For those who are under the impression that Game of Thrones is a television series, and only a television series, you would be incorrect. This epic, full of fantasy and political alliance in an imagined place in time, is based on the source material, A Song of Ice and Fire. The biggest of fans likely came from the world presented in written word, and while reading said word–or millions of words–few probably thought “TV show!” while reading. In print, such a world suggests a more traditional narrative film, or 10 film saga if you’re of the Peter Jackson mindset. The fact that HBO is killing it with yet another, very unique offering is impressive. And the fan base surrounding this show will keep those $6 million dollar episodes coming.

$7 Million per episode. Starz hoped to out duel HBO and Game of Thrones with Camelot, unfortunately, allegiance had been pledged by the demographic and Camelot fell far short of expectations. It may have been as good as, or better than Game of Thrones (don’t throw stones), but it never had the opportunity to hit stride. The saddest thing about its cancellation–other than Starz shelling out $7 million per, and cancelling after one season–was the the fact that the show starred Eva Green, and pretty much any and every show could be made better by casting Eva Green. The show also starred Claire Forlani as Queen Igraine, and she’s one that doesn’t work enough. The comparability of Camelot and Game of Thrones spread the King Arthur’s chances too thin, and it seemed obvious from the first episode that the show would struggle to sustain.

$9 Million per episode. At this point, the price tags on these shows are becoming ridiculous, bordering on absurd. Rome was integral for the development of shows such as Game of Thrones and Camelot. It established a pattern, shot in international locations, employed incredibly talented set builders, production designers, costume designers and prop masters to the tune of $9 million per episode. It also proved that a show in the genre could be pulled off, and it would be supremely cinematic if the right amount of cash was thrown behind it. Productions which came after were able to more efficiently apply impressive budgets to shows in such a genre, and squeeze about 1.5 episodes out of the same per episode price tag. Rome lasted for two seasons, which wasn’t quite a Roman Empire, but similar to art imitating life, this Rome established a new world cultural standard.

$9 Million per episode. Marco Polo is probably the slickest show on TV. It is thick. Impressively layered. Of all the shows that really have the look of a huge budget movie, this is the one. There is no expense spared on any of the elaborate sets, locations, VFX or talent. Racking up a tab of $9 million per episode is more proof in the Netflix pudding. And there is little surprise the show looks as good as it does, being that a load of talented filmmakers steeped in the Weinstein Co. production culture are responsible for the rolling cameras. Still, thinking about Netflix as a viable channel of distribution? This was a company that didn’t even exist 20 years ago, was mocked by the masses in the late 1990s as something that would never catch on, and now the company is pumping out shows with $9 million dollar budgets.

$10 Million per episode. Friends didn’t always have a budget of $10 million per episode, but when you think about the popularity of the show, and the fact that the show was a 22 minute long sitcom, $10 million!?!? Really!? For those who didn’t really live through the Friends phenomenon, it was one of the last of its breed. It was a show that captured the intrigue of multiple generations, and became such an American staple that it warranted million dollar paydays for six cast members. When the budget for a TV show for an entire season is over $100 million, you know you’ve got something special. This really puts the whole Big Bang Theory pay scale into perspective. Friends became so popular several A-listers accepted the invitation to guest star on the show: Brad Pitt, Bruce Willis, Sean Penn…on a 22 minute NBC sitcom.

$13 Million per episode. This one may be a bit of a surprise to several people. Yes, the per episode budget is pretty much the minimum amount that George Clooney takes for a Hollywood feature in 2015, but back in the 1990s, with E.R. pushing toward the turn of the century and millennium, the hospital drama that changed hospital dramas, hit its peak and cost NBC nearly $450 million dollars for two years of production. This was one of the best worst decisions in NBC’s illustrious television history, and welcomed in the relative wasteland of NBC television that viewers have endured over the past 15 years. Speaking of 15 years, E.R. ran for 15 seasons, from 1994-2009, and helped to really launch the careers of several lesser known actors along the way. There is no doubt about it: without E.R. there never would have been a Grey’s Anatomy.