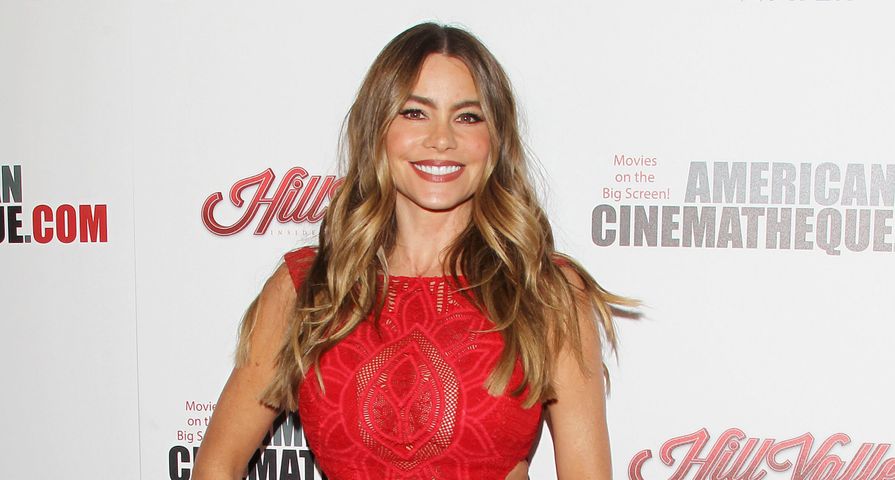 Hollywoodland sure is a strange place. It’s the kind of place that has the Kardashian sisters and Law & Order: SVU’s Mariska Hargitay on level ground, at least when it comes to earnings. Both Hartigay and the Kardashian sisters (combined) made $12 million this year starring in their shows and, while they may be up to some very different activities while on screen, apparently the biz sees them as equals in the pay scale. But would you believe that neither Mariska Hargitay nor the Kardashian sisters managed to make the list of the 12 highest paid TV actors and actresses of 2015? Check out this list to find out who those lucky super rich stars are and just how much they made this year.

Earnings: $12 million. One can assume that Simon Baker’s character does well enough to pay the bills as the former “psychic” Patrick Jane on The Mentalist. But using his super skills while working as a consultant to the California Bureau of Investigation (CBI) probably doesn’t come with the same sort of plump paycheck that Baker is seeing real life. In 2015 alone, he brought in a wildly impressive $12 million which earns him a nice spot on this list of actors and actresses who made the most this year. But he’s not alone at the $12 million mark. Check out who he’s tied with!

Earnings: $12 million. Patrick’s Dempsey’s time on Grey’s Anatomy may have come to an end this year (take a few minutes, friend, to mourn all over again) but that didn’t stop him from still getting on this pricey list. Dr. Derek Shepherd brought Dempsey the kind of super fame every Hollywood actor strives for and the massive amounts of money to go along with it. In 2015, Patrick Dempsey tied Simon Baker’s earnings of $12 million. Goodbye, McDreamy! Enjoy your fortune while we sit here staring at our televisions and missing you.

Earnings: $15 million. Another actor who ties someone else on this list is Ray Romano. But we’ll have to bump things up a little to get into his pay range. About $3 million more, in fact. You may be a little confused as to why he’s here in the first place. Like, didn’t Ray Romano’s show Everybody Loves Raymond end ages ago? Yup. The show originally ran on CBS from 1996 to 2005, but here’s where we see the power of reruns, DVD sales, etc. Despite not filming a new show for a decade, Everybody Loves Raymond is still making mega-money and the main star is reaping the benefits of that fact. Like, reeeeally reaping the benefits, to the tune of $15 million. Everybody really must love Raymond!

Earnings: $15 million. Remember when we said that Ray Romano was another actor who had tied someone on this list? Well, here’s Ray’s match. For 12 seasons, Jon Cryer was a key member of Two and a Half Men’s cast, sticking with the show through bumpy times, major cast changes, and ratings surges. First, playing opposite of Charlie Sheen, then Ashton Kutcher when Sheen made his wild exit from the show, Jon Cryer was a steady face on the screen. The show ended in February of 2015, the final year bringing Cryer a nice $15 million for one year’s work.

Earnings: $20 million. Jon Cryer may have been with Two and a Half Men from the beginning to end, but there was no doubt that when Ashton Kutcher joined the cast, that he would be the new star. His pay matched his status and where Jon Cryer took in $15 million for the final year of the show, Ashton Kutcher took home a fatty paycheck of $20 million or $750 thousand per episode. That will surely be a nice little addition to his overall estimated personal net worth of $160 million. But, again, Ashton Kutcher isn’t alone at the $20 million mark. In fact, there are 3 others who made just as much (not to mention the actors and actresses who made even more). Can you guess who they are?

Earnings: $20 million. Are you a fan of NCIS? If so, you’re certainly not alone and Mark Harmon, the show’s main star, is thankful for that fact. He’s thankful to the tune of $20 million which is what he managed to make in 2015 alone. Matching Ashton Kutcher’s pay for Two and a Half Men, while Ashton is done with his role and show, Harmon’s character of Special Agent Leroy Jethro Gibbs and NCIS are still going strong. Fans were definitely happy when NCIS was renewed for its 13th season by CBS which premiered on September 22, 2015. Wonder what Mark Harmon will make next year?

Earnings: $20 million. Ashton Kutcher, Mark Harmon…and Kunal Nayyar. Yup, that’s right. Being a super smart scientist (an astrophysicist, to be exact) might not pay that well on The Big Bang Theory, but you don’t have to worry about Raj Koothrappali. In real life, the actor who plays one of the geeky group on the show is doing just fine financially. Managing to match both Ashton Kutcher and Mark Harmon, Kunal Nayyar took home $20 million in 2015 alone. And he wasn’t the only actor on his show to do so. And some of his castmates made even more.

Earnings: $20 million. Howard Wolowitz might take some strife from Sheldon for the fact that he’s an engineer as opposed to a scientist like the rest of the gang (an aerospace engineer, to be exact), but that doesn’t stop the actor who plays him from making just as much as his pal. Simon Helberg, who plays Howard, matches his castmate Kunal Nayyar’s 2015 paycheck of an impressive $20 million. As impressive as that amount is, they don’t make the most on the show or on the list. Keep reading to find out who does!

Earnings: $25 million. Waitress, actress, pharmaceutical representative? Finding a way to make money isn’t always straightforward. Luckily for Kaley Cuoco, she’s having an easier time of it than her The Big Bang Theory character Penny. The original lone female main character, she’s still the leading lady star which means she’s making just that much more than both of her castmates Kunal Nayyar and Simon Helberg, at a nice $25 million for the 2015 season alone. Nicely done, Penny! But still, she’s not the highest paid star on The Big Bang Theory and she’s not the highest paid lady on this list.

Earnings: $27 million. Johnny Galecki has had quite the lasting Hollywood career. If you remember back (or re-watch every year) he  appeared way back when as the young Russ Griswold in The National Lampoon’s Christmas, undeniably one of the best classic holiday movies of all time. Growing up a little, as a teen, he played David Healy on Roseanne. But nowadays, he’s CalTech physicist Dr. Leonard Hofstadter on The Big Bang Theory and nowadays, he’s super rich. His role on the show brought him $2 million more than Kaley Cuoco, just managing to pass her with his 2015 paycheck of $27 million. But what about Sheldon? Read on!

Earnings: $29 million. What would The Big Bang Theory be without Sheldon Cooper?! Leonard’s roommate and fellow CalTech scientist, the quirky fellow played by actor Jim Parsons is one of the most popular characters on TV today. Reflecting that fact, Parsons is taking in more than any of the other actors on the show, topping Johnny Galecki’s pay by $2 million. That bumps Jim Parson’s 2015 paycheck at $29 million and sets him up as the television actor who made the most this year. But there’s someone else who made even more than him. Who do you think that lady is?

Earnings: $30 million. Sofia Vergara has had quite an amazing year! Marrying her incredibly, wildly, amazingly hot man, Joe Manganiello, in a dream wedding was just one reason Sofia has to smile. Helping the loving couple pay for their lavish ceremony was Sofia’s paycheck from her starring role on Modern Family. Topping the list of the highest paid television actors and actresses of 2015, Sofia Vergara took in $30 million!