Home » TV » Entertainment » 10 Most Overrated Sitcoms Of All Time

10 Most Overrated Sitcoms Of All Time 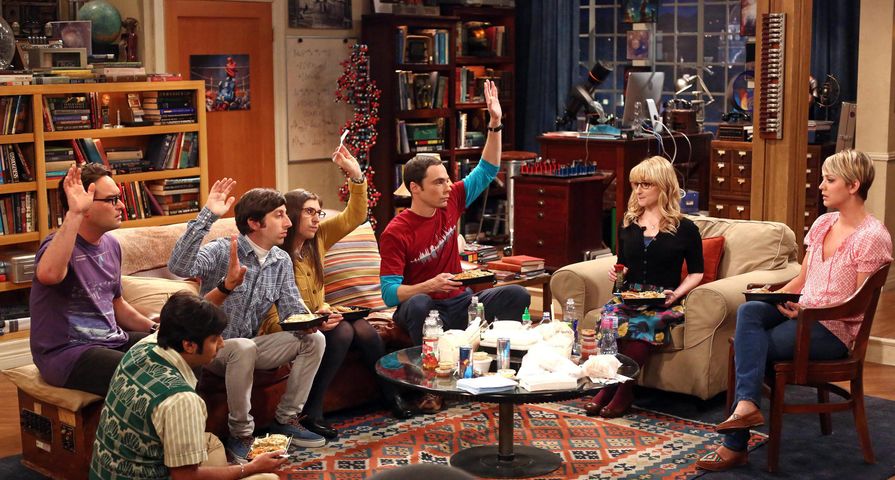 Lists that are destined to offend — they’re unavoidable. Nothing is to say any of the following shows haven’t served as iconic pieces of television during their runs, but looking back, or presently watching, it’s not as if they deserve a mention in a conversation of Cheers. The objective subjectivity of such a list is unavoidable, so here are 10 of the most overrated sitcoms of all time.

Will you catch a few laughs watching Family Guy? Sure, if ironic and inappropriate humor have not already worn thin on your impressionable mind. Family Guy has been parodied by Family Guy, and it has joined forces with the long-running Simpson family to suggest Family Guy is, in fact, a crude rip-off of The Simpsons. Ultimately, Family Guy is completely overrated, due to its reliance on being “unpredictable,” which has become completely predictable. At a certain point taking jokes too far for the sake of taking them too far is no longer funny. It’s simply expected. Yes, Seth MacFarlane is a witty guy, and viewers are guaranteed some wonderful moments within the show — The Star Wars episode — but the forced, politically incorrect humor has run its course. If they want to do something unique, they should have all the characters play an episode straight.

Well, we have to mention this one in the same conversation of Cheers. Frasier wouldn’t exist without Cheers. Now, this is not a knock on the show, or it’s fans, or Kelsey Grammer. Fraiser, however… eh. The premise was well-developed, and it worked for many-an-audience who absolutely loved the neurotic nature of Dr. Fraiser Crane, and the quirky neuroses who lived with and around him: brother Niles, ex-wife Lilith and a host of guest stars who were and are A-list talent. And how could we forget Eddie? Eddie was the Jack Russell Terrier played by a dog named Moose, and he was one of the greatest dog actors of his generation. But the show… didn’t you always feel like you could write each and every episode? Was there anything keeping viewers coming back other than familiarity? Still it ran for 11 seasons. The show’s X-factor? Jane Leeves as Daphne Moon.

This is bound to offend the Larry David/Jerry Seinfeld faithful. If ever there were a show made with brightest, white lens ever developed, it was Curb Your Enthusiasm. Yes, it was popular, and deserved it’s popularity, but people fawning over it like it was the greatest thing since sliced bread, or the show that everyone ached for after the conclusion of Seinfeld. Honestly, Seinfeld wasn’t even that great. The cast was great. The show was good. Just like Curb Your Enthusiasm. At a certain point, cynical humor breeds cynicism, and these shows — as iconic as they may have been — are a large part of the smart-a**, sarcastic and cynical culture we live in today. Larry David. Funny guy. The show? Great cast. The catch? Self-deprecating millionaires are only funny for so long. This show went about 30 episodes too long.

Fox has to love Zooey Deschanel. No other star could take this pile of rubbish, and build a nice, recycled materials home. That is the power of Zooey in New Girl. This show tries way too hard. It is simply not funny. The most enjoyable moments within the show are not actually written, rather blossom from the natural charisma and charm of the show’s actors — some of whom are not really all that charming. At least, not when they’re on-screen. How does this person work as much as they do? Setting aside cryptic speech, the show has enjoyed five seasons, which is another example of the power of Zooey. If Krysten Ritter were starring as Jess, the network would have pulled the plug after two seasons, like Don’t Trust the B**** in Apartment 23… which was better than New Girl.

Only in a very strange world – -the one in which we presently live — would CBS control the top spot in television with a traditional, studio audience sitcom, starring Charlie Sheen, Jon Cryer and an unknown kid offering fuel to the awkward-humor fire. Sure, the market for this type of show was once huge, but it seemed that the time had passed. Apparently not. This is not to insult Charlie and Jon with what they did on the show (we’ll exclude Ashton Kutcher who came long after this thing was a hit), they did a lot with little. Again, another show delivering some decent laughs, but far too reliant on the prowess of its stars. In other words: the writing… overrated. But you can’t argue with the show’s success. The producers and writers played to the delight of their demographic, and made millions upon millions.

There were “watching parties” for this show… Sunday night watching parties. Girls would get together, and watch, while their guys would sit through the insufferable schlock, and have drinks, or play cards and talk in the other room. Was this the show that women had been waiting for for years and years, or was it the show that was most insulting to true feminists everywhere? These are discussions people still have about Sex and The City. If ever there were a show that was based in complete fantasy, yet spurred faux reality in the lives of actual 20 and early 30-something women, this was it. Its influence was jaw-dropping. But like the show, not all that sustainable. Still, there’s a loyal legion who appreciate this incredibly overrated series (and the films), and there are rumors that a third movie could happen. Where will they go this time? Zip-lining in Belize?

Glee was so fortunate to have a rabid, young fan base that was completely forgiving of its first two seasons. The story lines in this show were as corny as the “John Travolta picks a sport” montage in Grease. The faked pregnancy? The over-the-top stereotyping of gays, jocks, Christians, coaches, cool teachers and uncool teachers… C’mon. Ryan Murphy is a master of disguise, and he disguised this show as something that people should be watching for six seasons. Six. Seasons. At a certain point, it no longer really felt like a show, it felt like a few scenes that were designed to get an audience from one musical number to the next. It will be very interesting to follow the careers — or keep tabs — of the stars of the show. It was simply one of those phenomenons that would normally get cancelled after a season, but became a monster hit.

Let’s play Jeopardy. When a show exists because of one person, and that person becomes a thing: Who and what are Steve Urkel? Correct. Everyone who was ever in Family Matters should send Jaleel White a percentage of their residual checks every time they come around. Jaleel made this show go with his over-the-top nerdy character, Steve Urkel. The show ran from 1989 to 1998, and Jaleel appeared in 204 episodes. Early on, he was the annoying next door neighbor, and as the show came to a conclusion, he played two roles, Steve Urkel and Stefan Urquelle. Yes. The show got weird. Cloning people to create other characters and such. It was definitively awful. Sadly, as Jaleel aged, his character of Steve became more of a caricature… a person can only be so one-dimensional for so long. The show overall? Overrated. But nine seasons worth thanks to Jaleel.

Pitchforks, torches and tridents will likely come flying after putting Friends toward the top of this list. This show was clever. It was funny. But does it really hold up? Only in instances. The brand of humor from the show has to be seen as trendy. In some instances, and in some episodes the writing was so strong there was no need for unnecessary shtick, but all-too-often it was part of the game. Friends was one of the best-looking sitcoms in television history, and it could just as easily be on a list marking the top sitcoms of all time, but in the 20 year range, it’s simply looking a little dated, not yet having worked into the realm of “classic.” Another 10 years, and maybe it will evoke more nostalgia and hold up a little better. Seriously, complaining Monica and harrumphing Ross can only be watched so many times.

Forbes list of highest paid actors was released again recently, and sitting at #1 and #2, Jim Parsons and Johnny Galecki for their work on The Big Bang Theory. How this is possible, one can only guess. Chuck Lorre has the Midas touch when it comes to selling a show to advertisers and flexing ratings that make them look gigantic. And the spoils? TBBT has scored multiple Emmy nominations and wins: for Best Comedy. For Best Actor in a Comedy. For Best Actress in a Comedy. This is mind-boggling. Kudos to Johnny Galecki… he has been at it for such a long time, and has kept his nose clean, and been an asset to every production he’s been in since he was a kid. But the show itself? How many times can you make nerd jokes? Or chalk up entire scenes/episodes to awkward romantic encounters between socially awkward individuals?