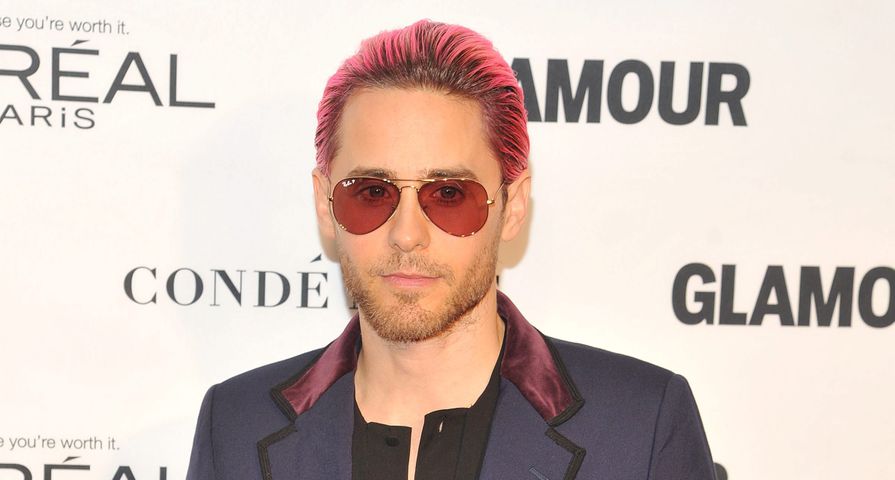 In the cult of celebrity, many fans are willing to do some pretty bizarre things for their idol’s attention. This list takes a look at some of the weirdest celebrity-fan encounters we’ve heard of!

You can just imagine the strange things tween fans did for these boys at the height of their popularity, but one of the more bizarre encounters must have been when a fan presented them with a preserved dead shark. “It wasn’t a real big shark though. It was only a baby shark but they preserved it in this tube for us,” Nick Jonas said of the “gift.” “That was odd. They didn’t even leave a note explaining. It was just, ‘Here’s a dead shark.’” Wow…thanks!

While performing in Sao Paolo, Brazil, a crazed fan jumped on stage and decided he wanted to take the A-lister home for keeps. Beyonce handled the encounter graciously and refused to let security remove him. She even went so far as to introduce herself to the overzealous fan! Classy move!

Back in 2014, Tim McGraw was performing on stage in Atlanta, when a crazed fan reached up and tried to rip off his pants! McGraw proceeded to slap the woman upside the head—a move which later proved to be a poor choice. Tim’s rep stated, “He instinctively swatted to try to keep them from ripping his jeans (which they succeeded in doing), so he could get to more fans who could slap hands with him before the end of the show.”

When the Biebs appeared on Ellen, Ellen revealed that she had shown up at a belieber’s house and put the unsuspecting fan in a box to transport her to the show. The fan had no idea what was going on, and the box was wheeled out on stage and opened with her inside to the studio audience with the cameras rolling! The surprised fan was introduced to Justin, who was celebrating his 18th birthday! It was a dream-come-true for the young girl and Bieber was more than gracious. She never thought when she woke up that morning that the Ellen show would show up at her door, transport her by box, have her on stage, and introduce her to her idol!

Kpop star Taecyeon has had a very unique experience with one particular fan. The fan wrote a letter to the idol but she didn’t use the regular ink or pencil the rest of us would. In fact, the “ink” isn’t of the everyday variety. The girl decided to use her menstrual blood to tell Taecyeon “You cannot live without me.” This cryptic message was topped off a sprinkle of pubic hair, and possibly a cherry…

When Lady Gaga invited up some loyal fans to share the stage with her at one of her concerts, one devoted fan made no qualms over making the stage her own. While Gaga was singing, the fan stole the microphone and the show, singing “Born This Way” with everything she had. Gaga took it all in stride and swayed along to the fan’s rendition. And the crowed seemed to love it. It came across as a tribute rather than an ego driven move. Mad love!

Pop singer Jessie J was terrified after a stalker fan broke her own leg to look like her. Jessie broke her foot back in 2011, and soon after a teen-fan tracked down her private details and sent her a picture of her injured limb. The fan allegedly harassed Jessie with countless text messages, including one that said, “I will do anything to be just like you.”

In a bizarre piece of fan mail, Halle Berry actually received a marriage proposal along with a diamond ring! I don’t know about you, but I wish diamonds came to my mailbox…and that I looked like Halle Berry!

When you’re a key member of the Slytherin house in one of the most epic book and film series’ ever, it’s no wonder people have dark and macabre expectations of your real-life personality! Felton revealed to People Magazine that he receives bizarre gifts and strange requests from fans. “Some people revel in the darker side of it, which is a little odd,” Fenton commented. He’s actually had multiple requests for him to legally change his name to Malfoy and received countless potions and spells. He’s even received offers to adopt him. Felton reacts to such eccentric gifts humbly: “I have to admire the level of dedication.”

Dolly Parton may take the cake for the most extreme fan gift ever! One day the country icon found a newborn baby name Jolene (after her famous hit) on her doorstep! She immediately called Human Services. “I couldn’t take the baby and I didn’t want to be involved. I wanted the police and the people involved to know we had nothing to do with it,” Parton said of the incident. Yikes!

Jared Leto has a fan that may have been influenced a tad too much by Van Gogh. In an interview n the British radio station Xfm, Leto stated that he once received a severed human ear from a devoted fan. The ear came with a note that asked, “Are you listening?” Creepy as hell, right? Well apparently Leto strung the ear and wore it as a necklace! He also posted a picture of the bloody body part on his Instagram account. I think that officially makes him weirder than the fan!