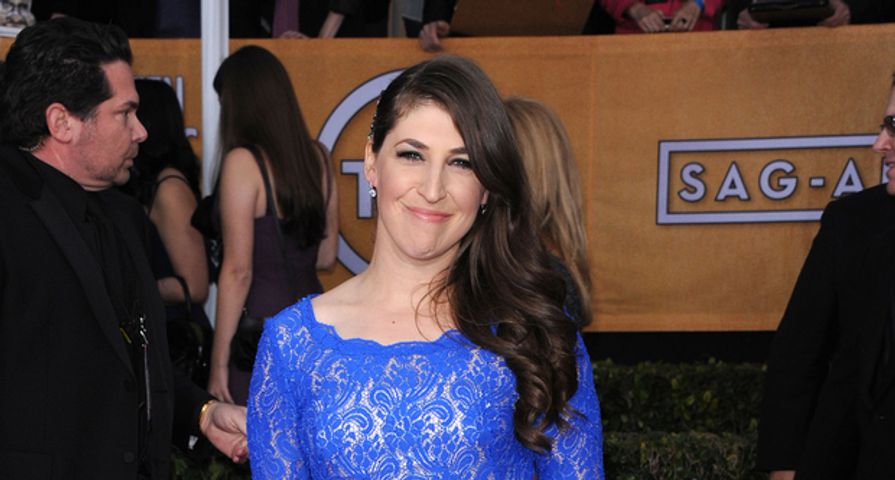 Hollywood is a fairly forgiving place. Many actors and actresses who have messed up their careers almost always find forgiveness, which usually comes in the form of new opportunities. Even Lindsay Lohan continues to get work! Needless to say, some celebrities we thought we’d seen the last of have made their way back onto the scene in some of the most popular TV shows and films of the new millennium. Here are the 11 most amazing celebrity comebacks we never saw coming!

Neil Patrick Harris was only a child when he garnered critical acclaim as the title character on “Doogie Howser, M.D.” After the show ended in 1993, he was able to continue working as an actor, but his new projects failed to reach the same success as his previous hit show. In 2004, however, that all changed when he played a fictional version of himself on “Harold & Kumar Go To White Castle.” In 2005, he landed another critically acclaimed role on “How I Met Your Mother” and has been incredibly successful ever since.

Mayim Bialik became famous as a child when she starred as the title character on “Blossom.” Even though she put her acting career on hold to focus on school – she completed a PhD in Neuroscience – Bialik decided that working as a professor would not suit her lifestyle, so she went back to television. She landed a role on the hit sitcom “The Big Bang Theory” as Dr. Amy Farrah Fowler, a Neuroscientist. She has been so successful with her portrayal of Amy that she was nominated for an Emmy Award in 2012.

Britney Spears became an international success with her debut album …Baby One More Time in 1999. Even though her following albums were also successful, her career took the backseat when she began partying excessively and behaving erratically in public. In 2008, After a year-long, very public meltdown, the Grammy-winning singer was put under a conservatorship and, by 2009, the pop princess began rejuvenating her career. She produced a few more albums, got a job as a judge on “X-Factor” and took on a two-year residency tour in Las Vegas, which has been receiving rave reviews from fans and music critics.

Robert Downey Jr. became famous in the ‘80s for his roles in “Weird Science” and “The Pick-up Artist;” however, his drug problems ended up derailing his promising career. The Oscar-nominated actor became best known for his many arrests, incarcerations and court ordered stints in rehab. After finally reaching out for help, he made a full recovery from drugs and got his career back on track. Downey has since established himself as a leading man thanks to his roles in “Iron Man,” “Tropic of Thunder” and “Sherlock Holmes.”

Johnny Galecki established himself as a prominent actor in the ‘90s thanks to his role on the popular sitcom “Roseanne.” After the show ended, he was still able to secure supporting roles in films like “I Know What You Did Last Summer,” “Vanilla Sky” and “Hancock,” but he was quickly fading into obscurity. It wasn’t until he landed the role of Leonard Hofstadter on the hit sitcom “The Big Bang Theory” that he became wildly popular – and critically acclaimed – once again.

Martha Stewart became the first self-made billionaire in the U.S. thanks to her cooking, gardening and entertaining company, Martha Stewart Living Omnimedia; however, after she was convicted of charges related to the ImClone insider trading affair, there was speculation that the incident would ruin her media empire. After being released from prison, Stewart launched a comeback campaign and her company returned to profitability in 2006. She recently launched a new television series called “Martha Stewart’s Cooking School.”

Mila Kunis was an instant star thanks to her role as Jackie Burkhart on “That ‘70s Show.” After the show ended, Mila began a 9-year relationship with Macaulay Culkin – a relationship she was determined to keep out of the public eye. Professionally, Kunis tried to transition from television into films, she had great difficulty landing good parts. It wasn’t until she landed a role as the spontaneous Rachel Jansen in “Forgetting Sarah Marshall” that she was able to expand her career. When she was cast as a rival ballet dancer in “Black Swan,” Kunis finally achieved critical acclaim, which included Golden Globe and Screen Actors Guild Award nominations.

Ed O’Neill got his big break as Al Bundy on “Married with Children;” however, despite winning two Golden Globe Awards, he had grave difficulties differentiating himself from the character once the show ended in 1997. It wasn’t until he landed the role of Jay Pritchett on “Modern Family” in 2009 that he was really able to escape the Al Bundy curse. Apparently casting directors initially offered the role of Pritchett to Craig T. Neilson. It wasn’t until that deal fell through that they hired O’Neill.

Claire Danes was only 15-years-old when she got her breakthrough role on the television series “My So Called Life.” Throughout the ‘90s, she landed a number of coveted film roles in “Little Women, “Romeo & Juliet” and “The Rainmaker.” She took a break from acting in 1998 to pursue an undergraduate degree at Yale University and, after leaving school, it took a while before she landed a hit role. These days, she stars as Carrie Matheson, a CIA agent, on the critically acclaimed Showtime series “Homeland.”

Drew Barrymore shot to fame as a child when she landed the role Gertie, the adorable little sister in “E.T.: The Extraterrestrial,” in 1982 but it wasn’t long before the young star was abusing drugs, which put her once promising career on hold. Barrymore returned to acting in the mid ‘90s. She started her own production company Flower Films and established herself as a leading lady with roles in “Never Been Kissed,” “50 First Dates” and “Charlie’s Angels.”

Ben Affleck first came to our attention in the ‘90s when he had roles in “Mallrats,” “Chasing Amy” and “Armageddon.” He seemed to cement his place in Hollywood when he won an Academy Award for “Good Will Hunting;” however, after an over-publicized relationship with Jennifer Lopez and a number of movie flops (everyone remembers Gigli, right?), it looked like he was going to fade into oblivion. It was clear in 2013 that Affleck was back. He took home the Golden Globe and the Directors Guild of America awards for best directing for “Argo” and landed the role of Batman in the 2016 film “Batman vs. Superman.”