11 Celebrities Who Went From Actresses To Savvy Businesswomen 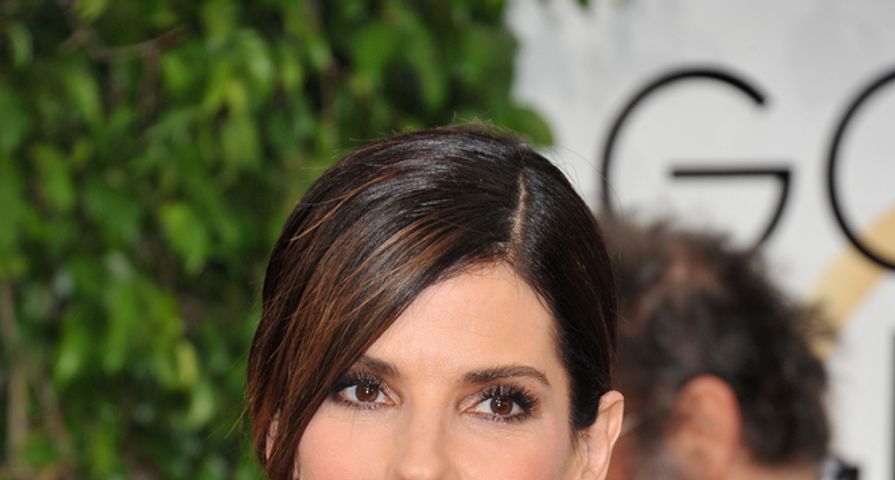 It takes a lot to make it in Hollywood, especially with all the stiff competition. To be a good actor, one needs to work hard, put in long hours, and dig deep into acting roles. The same can be said about the business world, where it takes ambition, smarts, and intuition to be successful. Perhaps that’s why several Hollywood celebrities have made the shift from being full-time actresses to entrepreneurs, where they’ve built brands, businesses, beauty companies, and fashion lines from the ground up. Some have had great success, others have been more modest, and still some seem to be struggling. Take a look at what Hollywood’s leading ladies have been up to in our list of 11 women who went from being actresses in Hollywood to savvy businesswomen.

She’s come a long way from her early days in E.T. the Extra-Terrestrial. In addition to starring in over 50 films, Barrymore has undertaken a variety of business projects that range from film production to cosmetics. With an interest in the behind-the-scenes of film making, she founded Flower Films, a production company, with her business partner with Nancy Juvonen in 1995. Current film projects include How To Be Single with Dakota Johnson and Rebel Wilson, and Freak Show starring Bette Midler and Laverne Cox. Clean beauty is another passion of Barrymore’s, and led to the creation of Flower, a cosmetics line that makes affordable quality products including foundation and mascara. And if that’s not enough to keep her busy, she also produces her own line of wines with Carmel Road, known as Barrymore Wines.

As a self-described “fashion junkie,” Rachel Bilson has been involved in apparel design for more almost 10 years. In 2007, Bilson took the initiative and contacted DKNY Jeans to pitch them the idea of creating a new design line. Having finished up the final season of Fox’s The O.C., Bilson believed a collaboration with the company made sense. “Fans of The O.C. really like DKNY Jeans, and I know they make great stuff, so I thought it could be good,” she said in an interview with Nylon magazine. DNKY’s “Edie Rose” collection was born in 2008 with Bilson at the helm. Named after her grandmother and a family friend, Edie Rose produced affordable, vintage-inspired clothing. Edie Rose has since branched out, partnering with Macy’s in 2011 for a home collection.

In recent years, Halle Berry has shifted her attention from acting to focus more on business ventures. In 2012, she worked with German retailer, Deichmann Shoes, to create the “5th Avenue by Halle Berry” collection, saying it was a “dream come true.” A few years later, she took on a bigger role in film creation. In 2014, she formed a production company, 606 Films, named for the anti-paparazzi bill that Berry was involved in passing. Previously, she worked as a development executive on a variety of projects including Barbershop and The Horse Whisperer. During the same year she also acquired a 50% stake in a Swedish lingerie company, Scandale. Her involvement stemmed from her desire to have more control and ownership in business ventures.

Sarah Michelle Gellar has gone from slaying vampires to killing it in the kitchen! The actress-turned-entrepreneur recently developed a kid-friendly food company that encourages families to spend more time together in the kitchen. Launched in October 2015, Foodstirs is a baking mix company that sells custom kits for tasty treats like cupcakes, brownies, and cookies. According to the website, “Foodstirs was founded with the mission to help create memorable experiences through baking.” Foodstir’s mission is to sell green and clean products that are free from GMOs as well as artificial colors, flavors, and preservatives. The kits also come with baking tools like pans and piping bags.

In 2000, Kate Hudson landed her breakout role in Cameron Crowe’s Almost Famous. Today, she’s spending less time acting and more time focused on her business project. At 37, Hudson is the co-founder of the clothing company Fabletics. Under its parent company, JustFab, Fabletics offers women personalized picks for active wear, yoga wear, and swimwear. In a statement on her website, Hudson says her company does more than just sells clothing. “We want to create a community…a movement, to help you live fit and achieve your passions in life.” Unfortunately, some customers are unhappy about Fabletics’ businesses practices meaning the company might need to make changes in the near future.

As children, Ashley and Mary-Kate Olsen starred in several films and TV shows, the most known being Full House. By 2004, the sisters stepped away from acting and focused their energy towards business ventures. On their 18th birthdays, the Olsens assumed their rightful positions as co-presidents for Dualstar Entertainment, a company they founded when they were 6 years old. They sold products to the teen market that included a clothing line for girls ages 4-14. Their love of fashion grew over the years and the sisters now run several fashion labels and collections, such as The Row and Elizabeth & James. When plans for a Full House reboot were underway, the Olsens announced they wouldn’t be involved. “I have not been in front of a camera since I was 17 and I don’t feel comfortable acting,” Ashley said. Mary-Kate added, “It would have to be me because Ash doesn’t want to do it. But the timing is so bad for us.”

For many of us, we associate Sofia Vergara as the fiery Gloria on the ABC sitcom Modern Family. But in real life, Sofia is a savvy entrepreneur who knows how to run a business. In 1994, Vergara founded LatinWE, also known as Latin World Entertainment Holdings Inc. The company is the largest Hispanic talent management agency in the United States that helps with multiple aspects of the entertainment industry: publicity, endorsements, licensing, branding, content development, and production. According to Forbes’ estimates, LatinWE generated around $27 million in 2011. The company launched a YouTube channel, NuevOn, as part of Google’s initiative to turn YouTube into a premier video provider. In discussing her involvement with the company’s licensing and endorsement deals, she said, “I love it. It doesn’t feel like work for me.”

After the birth of her first born child, Jessica Alba felt inspired to create a safe companies that families could trust. Established in 2008, The Honest Company produces ethical products that are safe from harsh chemicals and synthetics. On her company website, Alba says that being a mother is “the most satisfying job in the world. But, it can also be overwhelming and confusing. I created The Honest Company to help moms and to give all children a better, safer start.” The company sells everything from baby products to vitamins. Like Kate Hudson, Alba’s company has also received criticisms from consumers. The Honest Co. is in the middle of several legal battles over allegations that the ingredients in its products have been falsely advertised.

Ever since her big break as Rachel on Friends, Jennifer Aniston has been known for having good hair. It should come as no surprise, then, that she’s part-owner for a newer hair care company. Since 2005, Living Proof has worked to be on the leading edge of hair care by creating quality products. As co-owner of Living Proof, Aniston has an active role in the creation of new products and package design. In an interview at the company’s headquarters in 2012, Aniston expressed her excitement in working with the company’s scientists. “You want to be part of something that’s exciting and authentic,” she stated. “You can’t get more interesting than these scientists.”

In September 2008, Gwyneth Paltrow started a lifestyle newsletter, Goop, with the intent to share healthy recipes, travel recommendations, and shopping finds. Her hope was to create a community where people could find trusted lifestyle information and have their health and fitness questions answered. Since then, the site has blossomed into a brand, complete with an online shop and exclusive collaborations with skin-care lines. The company donates a percentage of its profits to charities like The Edible Schoolyard Project and The David Lynch Foundation. In an interview with Glamour in February 2016, Paltrow talked about the success of her company despite criticism: “I’ve always done things kind of my own way,” she said. “As long as I can keep doing things my own way, I think I’ll feel successful.”

Sandra Bullock is one of the most modest actresses in Hollywood, so it seems fitting that she also runs a local unpretentious business in Austin, Texas. Bullock owns Walton’s Fancy and Staple, a bakery and flower shop in Austin’s downtown core. The shop has a deli and bakery where patrons can order things like breakfast tacos, fresh sandwiches, and macarons. The shop also sells floral arrangements and offers catering for weddings and corporate events. In a Vogue interview, Bullock talks about the differences between acting and running her business. “The acting thing is so beyond my control. Acting isn’t mine. You’re like a tiny piece in this big, corporate mechanism that needs chemistry and divine intervention.This [Walton’s] is mine.” Bullock also ran a bistro across the street from Walton’s, but the business closed its doors September 2015.