11 Celebrities Who Are Changing Movies And TV 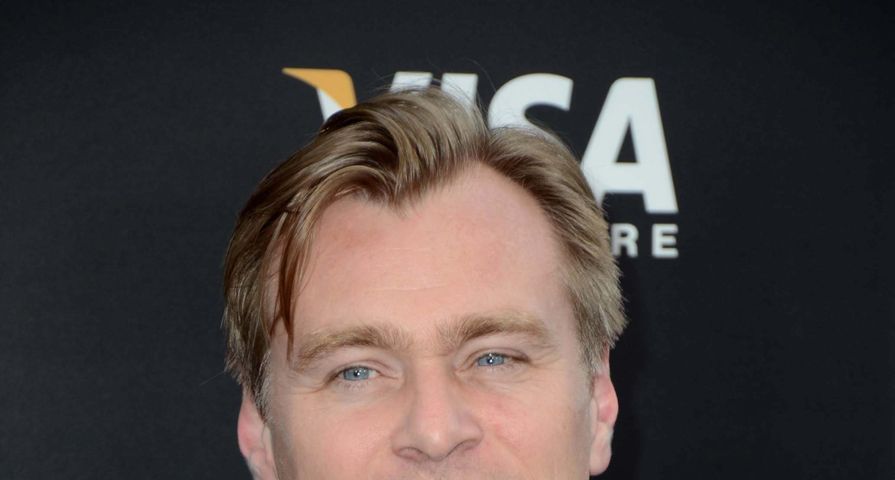 We’ve all got our Hollywood favorites, whether writer, director, actor, actress or a producer who seems to hit every effort out of the park. There are a select few of these individuals who stand a head above the rest, and are destined to change the industry. There are so many individuals worth mentioning — individuals who wear many hats and have many talents — but there are others who presently hold the industry’s golden ticket: when they ask, the answer is always “Yes.” Here are 10 celebrities who are changing movies and television!

He was once the kid on 3rd Rock From The Sun, and now he’s satisfied to call himself “Regular Joe.” You see, Regular Joe is anything but regular, and he knows it. Still, Joe Levitt refuses to buy into how much he’s achieved, so he keeps working harder… pushing boundaries. Sure, he’s atop the Hollywood acting A-List, but has broken new ground with his artist collaborative known as HitRECord. Here’s a guy who put some serious thought into the future of the entertainment industry, and how humanity would entertain itself and said, “I’ve got it.” And even without a lot of refinement, he did. For those unfamiliar, it’s worth checking out, just to see that all forms of art are still viable and relevant and being pumped to a screen of some sort near you (likely in your hand).

Is there anything that Tiny Fey could pitch these days, and have it rejected? Based on her ability to sell absurdity (if she were to do so), Tina is shot-calling, and pretty much doing whatever she wants to do when she wants to do it. Most are well aware: Tina rose to fame as a writer and personality on Saturday Night Live, and became the show’s first female head writer. Tina possesses a razor sharp wit, a rare ability to deliver her own material without seeming self indulgent, a delightful streak of self-deprecating humor and the clout to back up any and every idea she’s pitching and delivering to producers. It’ll be fascinating to see what Tina is doing ten years from, but stripping it down to brass tacks, she will be an influential, balancing force for women in entertainment.

When your dad, Larry Ellison, possesses an estimated worth of 54 BILLION dollars and gives you a handsome chunk of change to develop a business legacy, what else would you do but make some sweet movies? That’s exactly what David Ellison has done. His company, Skydance Productions, has partnered to make some stellar action-adventure flicks, and is now responsible for reviving the Top Gun sequel, and bringing some incredible dog-fighting back to the screen. In 2010, David and Skydance raised 350 million to partner with Paramount in the production of potential blockbusters, and he has enjoyed executive producer credits on ten films, with several more in development. Oh… and he’s only 32 years old.

This guy. Who would’ve thought that a TV drama about a high school chemistry teacher making meth would become an international phenomenon? Vince Gilligan did… clearly. The Richmond, Virginia, native is steeped in that Southern wisdom that is often mocked in the 21st century, but it simply can’t be denied. Vince has enjoyed stints with the X-Files creative team, and has served as a script doctor and writer on several features that have been close to production ready. In regards to his industry reputation, he is that guy everyone wants around. When he touches a project, it leaves an indelible mark. One has to think that at some point, Vince is going to roll the dice and do something that will be really weird and wholly interactive. What that will be…? That’s why the industry needs Vince Gilligan.

People love him; people loathe him. Regardless of how one feels about Terrence Malick, he is largely responsible for the evolution of visual storytelling over the past 20 years. You can see his influence — in small doses — in some of Hollywood’s biggest blockbusters. Perhaps it’s a cyclical evolution, as he’s gone away from reliance on script, and prefers to find/discover moments in order to create a story that is told through stunning visuals. This is similar to experimental filmmaking, yet with storytelling wisdom and expertise. This is the mark of excellence for a filmmaker. Can you tell a story without using words, or in as few words as possible? This frustrates a lot of movie-goers who are conditioned to narrative storytelling, but Terrence Malick’s later work is crucial to the future of narrative storytelling.

Right in the mix with the likes of a Tina Fey, Angelina Jolie has been, and will continue to be, instrumental in the influence of the female voice in Hollywood. As she has proven with her directing efforts — most recently Unbroken — the male and female voice aren’t so different in telling these stories. Good is good. Angelina (and Brad Pitt) has also been instrumental in opening industry eyes to the wonders and accessibility of making films outside of Hollywood. By simply taking a high profile life to New Orleans during the Hurricane Katrina rebuild, more and more filmmakers and TV showrunners have opted to create new industry infrastructure in places like Louisiana and Georgia, taking advantage of tax incentives, but also seeing that industry pros enjoy the lifestyles offered in these areas.

J.J. Abrams could easily sit at the top of this list. First, he has to prove a little something by taking the director’s chair on Star Wars Episode VII. J.J. is as close to a filmmaking child of Steven Spielberg as the industry presently has, and if anyone has been an “it” guy for breaking new ground, it’s Spielberg. One of the most intriguing aspects of J.J.’s career (thus far): he still shoots on film. He opted to capture Star Wars on 35mm, and there is something to be said about a guy who understands that it’s absurd to kill a technology/media format that is still advancing, simply because there is more money and accessibility in the digital realm. He’s fighting the good fight with Christopher Nolan and Quentin Tarantino.

James Cameron is only interested in breaking new ground. If they ever offer a special Oscar for an individual who has done the most to marry the worlds of arts and sciences, it should go to Cameron, hands down. It’s crazy to think that James Cameron enjoyed his first directing gig on Piranha II: The Spawning, before writing and directing The Terminator in 1983/1984. He went on to break new FX ground on The Abyss and Terminator 2: Judgement Day, shattered all expectation with Titanic, then developed a new 3D tech for Avatar. In his free time, Cameron takes submarines to the depths of the ocean. The fact that he has only directed eight films in his career speaks volumes to his nature.

The industry knows him as Chivo, and he has — with the aid of some very bold filmmakers — changed the way cinematic images are captured. Emmanuel Lubezski has won the last two Oscars for cinematography — Gravity and Birdman — and will possibly win a third consecutive for his work on Terrence Malick’s Knight of Cups. He has become the master of the wide-angle closeup, allowing it to be beautiful and odd while enhancing the storytelling process. Lubezski has always been a risk taker, and it is evident in his early work. Though he and best friend, director Alfonso Cuaron, loathed the process of making their first Hollywood film, Great Expectations (1998), the film contains some of the most beautiful images captured on motion picture camera.

Megan Ellison’s name may look familiar. If you’ve seen many award-nominated films over the past four years, you’ve likely seen it listed as a Producer or Executive Producer. Yes, she is the younger sister of David Ellison, and she also has her own production company, Annapurna Pictures. Megan is not yet 30 years old, and she has already produced multiple Oscar-winning films. She served as the Executive Producer on Terminator: Genysis, for her brother’s Skydance marriage with Paramount, and she has several films in production, pre-production and development. In addition to only touching films that will win awards or make fat cash, Annapurna Pictures is venturing into the world of virtual reality. Something huge is coming from Ms. Ellison.

Christopher Nolan is a genuine throwback, and he’s still able to make films exactly how he wants to make them. He builds sets, uses practical FX, stunt performers… and shoots on film. He broke ground bringing the IMAX format into narrative filmmaking, and is still doing more and more with the technology – -there is simply no better image quality available for making movies. There are no more than a handful of professionals who carry the weight of Christopher Nolan. His reputation in Hollywood exceeds gold, and professionals clamor to work with him and his wife, producer Emma Thomas. How big has Christopher Nolan become? It’s now cool to overly criticize his work. He doesn’t just have a lasting effect; he continually affects the industry.