Home » Entertainment » Celebrities » 11 Actresses You Had No Idea Could Sing

11 Actresses You Had No Idea Could Sing 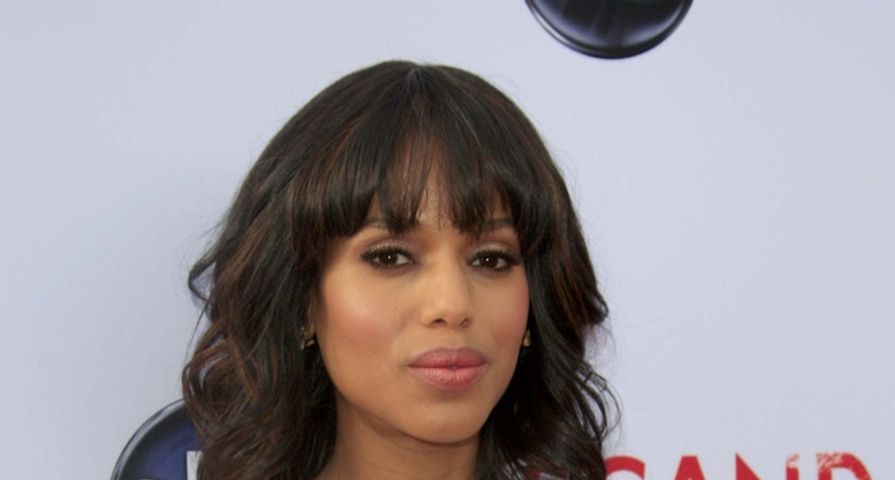 Who doesn’t love learning something new? While it’s no surprise that several actresses in Hollywood can sing, there are some whose vocal talent flies under the radar. Over here at Fame10, we were astonished to learn that some of our favorite actresses can carry a tune. From pop to punk, here’s our list of 11 actresses that have some serious vocal chops. How many of them did you know?

Who didn’t love Krysten Ritter in Marvel’s Jessica Jones? Not only does Ritter have some serious acting skills, but she also produces some great music. Ritter sings and plays guitar in Ex-Vivian, a band she formed in 2012. But don’t expect Ritter to take her music to the stage anytime soon. In an interview with MTV, Ritter said she has a difficult time playing her music in front of an audience. “I always thought I would be a rock star before I became an actor,” she said. “But it turned out that I don’t like to play live. I only played one time in Brooklyn and I nearly died from fright!”

Is there anything that Milla Jovovich can’t do? In addition to being a successful model and actress, she’s also a talented musician. She produced 2 studio albums in 1994 and 1998, and opened for bands like Crash Test Dummies. In 1999, she formed an experimental band with friend Chris Brenner named Plastic Has Memory. Said to have a similar sound to Portishhead, the band never released a record and has since broken up. More recently, Jovovich collaborated with Maynard James Keenan from Tool for his side project, Puscifer. She’s also worked on soundtracks for movies like Underworld and the Million Dollar Hotel. In 2012, she released a single titled “Electric Sky.”

In 2001, Kate Winslet debuted her single,”What If,” for the animated film Christmas Carol: The Movie. Winslet requested that the proceeds made from the single be donated to charity. The song did well in Europe, where it topped charts in Switzerland, the Netherlands, Austria, Belgium, and Germany. We’re surprised she hasn’t done more with her singing because she has a lovely voice!

While some people might assume that Willow Smith got her musical talent from her dad, Will, it’s just as likely that she got it from her mama! Jada Pinkett Smith fronts a metal band called Wicked Wisdom from Los Angeles, California. The band started in 2002, with Smith singing vocals and writing the music. Wicked Wisdom’s toured with Britney Spears in 2004, and performed at Ozzfest in 2005. The band has 2 albums produced in 2004 and 2006.

Like her looks, Scarlett Johansson has a sultry voice to match! As fan of Tom Waits, Johansson released a debut album in 2008 comprised of covers of his songs. For her second album, Johansson collaborated with musician Pete Yorn. Inspired by the duets by Serge Gainsbourg and Brigitte Bardot, the two produced the album Break Up, released in 2009. In 2015, Johansson started an all-female band, The Singles. “The idea was to write super-pop dance music written and performed by girls. I love Grimes. And I love the Bangles. And I love the Go-Go’s. I wanted it to be like those bands: ultra pop but also a little ironic, a little in on the joke,”she said about her band. In February 2015, the band was issued a cease-and-desist from another band known as The Singles from Los Angeles. The actress’ vocals are most recently featured in the 2016 film The Jungle Book.

With such an accomplished career, you wouldn’t think Kerry Washington would be so shy about her musical talent. The Scandal actress showcased her singing chops in her interview with Jordin Sparks during the 2013 Teen Choice Awards. Washington admitted that Disney songs are her go-to when doing karaoke, and Sparks didn’t hesitate to put her to the test! The two sing a few bars of Aladdin’s “A Whole New World,” leaving us wishing for more!

If there’s one thing Jennifer Lawrence hates, it’s singing on camera. Despite this, the American Hustle actress had her vocals featured in not 1 but 2 films. On The Hunger Games: Mockingjay – Part 1 soundtrack, Lawrence worked with legendary composer James Newton Howard for the song, “The Hanging Tree.” In 2015’s Joy, she performed a duet with co-star Edgar Ramirez. When asked how she feels about her vocal performances, the actress said, “I hate it, and I have to keep doing it. It’s the weirdest thing. I’ve never once put it out there that I think I can sing or that I even enjoy singing. Now it seems like I keep having to do it in every damn film!”

Before she was the tacky and sarcastic Peggy Bundy on Married…with Children, Katey Sagal was a professional singer! Sagal received voice and acting training at the California Institute of the Arts, and later recorded as a backup vocalist for singers like Bob Dylan, Tanya Tucker, and Etta James. Sagal released an album as far back as 1973, with her more recent ones being Room in 2004, and Covered in 2009. Her vocals are also featured on a soundtrack for FX’s Sons of Anarchy, in which she played the role of Gemma Teller Morrow.

For an actress who’s best known for playing the silent inmate Norma Romano on Orange is the New Black, Annie Golden has one heck of a voice! In the 1970s, Golden was the lead singer for the New York City punk band The Shirts. During her time in the band she was discovered by film director Miloš Forman, who gave her a part in the rock musical Hair. Over the years she’s performed with a variety of musicians, including Frank Carillo as part of the duo Golden-Carillo. She also does a storytelling/rock performance called Annie Golden’s Velvet Prison.

In Pretty Little Liars, Troian Bellisario plays Spencer Hastings, a preppy student who strives for perfection in all she does. In real life, this perfection can be found in the actress’ singing talent! Bellisario is in a music duo with actor Shane Coffey, who co-stars on the show as Holden Strauss. The duo performs under the name FAMILY, and writes their own original material. The songs are folky and soulful — and definitely worth a listen.

Today we know her as the strong and fearless Cookie Lyon on Empire, but Taraji P. Henson can also throw down some solid vocals! In 2005, Henson played Shug in the film Hustle & Flow. The film won an Academy Award for its song, “It’s Hard Out Here For A Pimp,” on which Henson provided vocals. She performed the song live with hip hop group Three 6 Mafia at the Oscars in 2006.