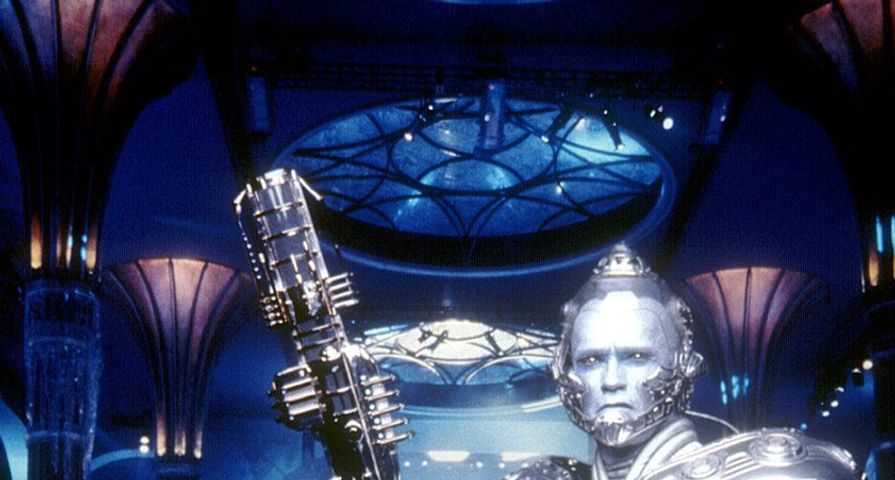 Telling the story of a superhero is no easy task. Every hero is taken from the comic book world, and at one time or another, millions of imaginations have offered effort to the task of telling the story. Bottom line, people have serious expectations when their favorite characters hit the screen. Sadly, many of these efforts in the realm of filmmaking have fallen way beneath the desire and expectations of fans… and the standards of good filmmaking. Consider 10 superhero movies that should have been better than they were, or should have never been made to begin with!

Zack Snyder needs to hit the pause button. Everyone was overjoyed at the potential of Man of Steel, because for a split second, fans actually thought Christopher Nolan would have something to do with the film. Other than having a sweet relationship with Warner Bros. Christopher Nolan seemed to have little more than a chat or two with Zack Snyder. He certainly didn’t–nor could he have–mentored the process. Ultimately, it was a bit of a mess. Unlike the complexities of Bruce Wayne and Batman, Superman is not from planet earth. And the repeated attempts at selling him with a blue collar emotional struggle simply don’t make sense. FX were excessive, the pace dragged… it simply wasn’t good. It wasn’t terrible, but should have been incredible. Fail.

It was released 10 years ago, in 2005, and 10 years can’t get humanity far enough away from this debacle. To begin, the cast chemistry was off from the opening frame. Jessica Alba is gorgeous, and she’s saccharine sweet, but some roles were not made for her. Sue Storm/Invisible Woman… not for Jessica Alba. There were too many moments of forced humor, overplaying the lure of her sexuality and downright bad script writing. It never seemed like a Fantastic Four. It seemed like a group of four, all looking for solo careers. At least Chris Evans was able to move on from this debacle and enjoy something he does better–play vanilla. Captain America is perfect for Chris. Fantastic Four (2005). Fail.

Is Peter Parker whimpering in tears on a Central Park bridge? Spider-Man 3 is a classic example of trying to squeeze two movies into one. It didn’t work. Sony did the best it could, considering Tobey Maguire was ready to move on and the third installment was going to be the end-all, be-all of his spidery days. The team forced multiple villains into the mix, and then added the angst of Peter Parker and Mary Jane Watson trying to figure out how exactly they could make their relationship work. When Venom showed up, Peter became Tony Manero (John Travolta) from the opening of Saturday Night Fever, and hilarity ensued. Wait. What was this film supposed to be about? Was it a comedy? The noble attempts at sentiment were lost. Spider Man 3. Fail.

Maybe this film isn’t as bad as it was made out to be. But then along came a Netflix-produced television series that put a feature film to shame. That’s sad. Ben Affleck as Matt Murdock–aka Ben Affleck as Ben Affleck–was a terrible decision by all having the power to put an actor in a role in a movie based on a Marvel comic, and not because Ben Affleck lacks acting talent. That is not the case. This film needed new blood. Unfamiliarity. Sadly, Mark Steven Johnson tried to write and direct a script that was clever. Sadly, the actors who were cast only knew to rely on what worked for them in the past. It all fell into a Marvel paint-by-numbers making it look like Spider-Man, and falling as flat as a pancake. Fail.

It’s too difficult to decide which of these products of the 1980s as well as the 21st century was the worse failure. Superman III, starring Christopher Reeve and Richard Pryor, and Superman IV: The Quest For Peace: both were steaming piles. Bless the heart of late Christopher Reeve, there is little doubt he needed the actual powers of Superman to get through filming both films. After Superman (1978)–which set a new standard in superhero films–and Superman II (which was entertaining), everything began to spiral toward detriment. In 2006, Superman returned, and while somewhat entertaining (kudos to Parker Posey), Supe somehow was able to will away his physiological nemesis, Kryptonite, in order to save the day. Is that possible? No. No it’s not. Fail.

1995 was full of a lot of wonderful things… Judge Dredd was not one of them. The script was a mess, Sylvester Stallone was a strange combination of John Rambo and Cobra Cobretti, and most people left the theater wishing they’d have seen Species instead. Considering the faux pas of this film, it had to do with budgetary constraints. They allotted far too many dollars for cast (Stallone), and didn’t put nearly enough money on screen. They should have poured resources into the art department, and let the craftsmen work. Ultimately, everything looked fake and flimsy. Still, that voice resonates… “I am… THE LAW!” Fail.

What happened here? League of Extraordinary Gentlemen should have been a pocketful of gold. Instead it was a pocketful of lint. Sticky. Irritating. And producers couldn’t keep their hands off of it. There was so much indecisiveness about where to go with this film, it ultimately did a long burnout, and paid off as one of the most forgettable films ever. The idea remains one of the coolest concepts developed in the world of comics, but the execution of the story–not necessarily the film–was muddled, and it attempted to feature too many faces, as opposed to telling the story and allowing for various characters to carry less impact than others. This is a frequent problem in superhero movies when heroes band together. The Avengers finally righted the ship. Still, League of Extraordinary Gentlemen? Fail.

Is this fair? The movie hasn’t been released. Still, it’s Zack Snyder, and unless he has grown a new chip on his shoulder that is quite sharp and full of edges, this will be little more than a popcorn-munching, producer-pleasing blockbuster built for a bottom line, equating to complete and total success if you’re an executive at Warner Bros. Studios. By looks of the stills that have been released to generate loads of positive buzz, this sucker is gonna possess 10 units of style per single unit of substance. It’s hard to imagine where this story could go, and be more than novelty. The title itself is misleading. Perhaps it’s premature, but gonna be bolder than the film likely will be, and say it now. Fail.

A darn-near travesty. Only the most hard-up of dudes found this snoozefest enjoyable. Halle Berry did what she thought she should, but it was so obvious she had no understanding of the imagined world that it was painful to watch. For most… it was never watched, or if it was started, it was never finished. The most entertaining thing about this film is the trek to various websites to read user comments on how bad it was. While some thought the costume was a redeeming factor, it was as corny as the script. The film was directed by the artist known as Pitof: a Frenchman by the name of Jean-Christophe Comar. He is an accomplished FX supervisor, colorist and editor, but being allowed to direct this feature? Basically, it wouldn’t be shocking to know he flubbed it on purpose just to yank the chain of Americans. Fail.

There isn’t a database big enough to store the criticisms for this Batman and Robin. What an absolute mess. George Clooney is an incredible talent, but he was never supposed to play Batman. And Arnold Schwarzenegger as Mr. Freeze? The only thing this movie froze was the production of future Batman movies until Christopher Nolan came along and fixed everything. From the costume failures to stunt failures, FX failures, story failures, script failures, casting failures… this film was a definitive failure by every standard. Anyone who enjoyed it was surely drunk, high or was actually making out with someone in the back row or balcony of a movie theater as the film pulled from reel to reel. There’s only one shot in the entire film that was worthwhile… FAIL!