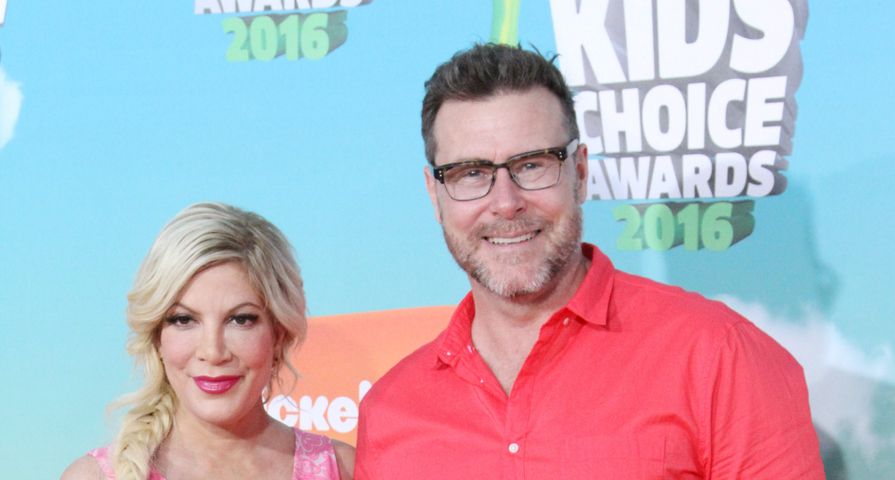 Tori Spelling and Dean McDermott have spent a good portion of their marriage in the spotlight. They’ve had several reality TV shows – Tori & Dean: Inn Love, Tori & Dean: Home Sweet Hollywood, Tori & Dean: sTORIbook Weddings, and True Tori – and they have both aired a lot of their dirty laundry in the press. In spite of this, many of us really aren’t that familiar with couple’s relationship. Since it is their anniversary, we have 10 things you didn’t know about Tori and Dean’s love story:

They met back in 2005 while filming the TV movie Mind Over Murder in Canada while they were both married to other people. She was married to Charlie Shanian and he was married to Mary Jo Eustace. According to Spelling, when she met McDermott, it was love at first sight. “When I met Dean, it wasn’t a question – I had to follow my heart. I had never believed in love at first sight, but when I saw Dean, I knew it did exist,” she told Redbook. “Ultimately, you have to realize that happiness is out there and not settle for anything else.” 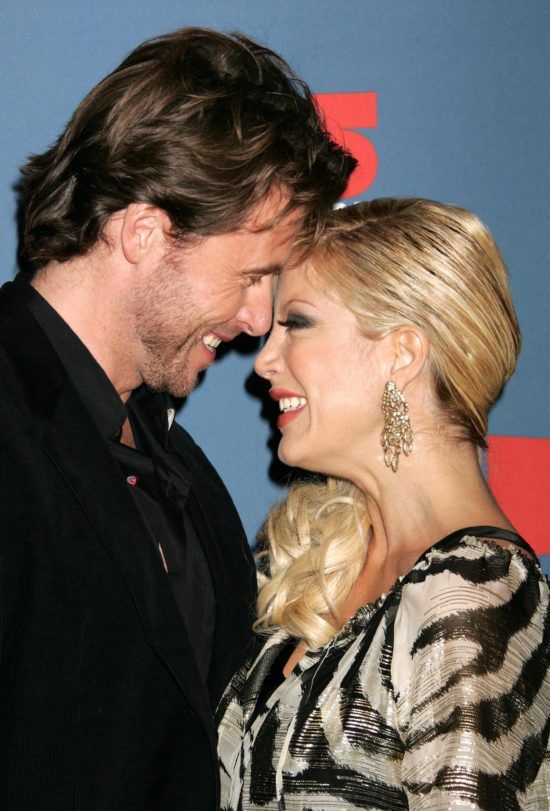 Even though they were married to other people at the time, Tori and Dean slept together the first night they met, and only twelve days after they met, they said “I love you” for the first time. After filming wrapped, Dean left his wife, telling her that he and Tori were soul mates and that Tori loved him unconditionally, and Tori broke the news to Charlie at her therapist’s office. 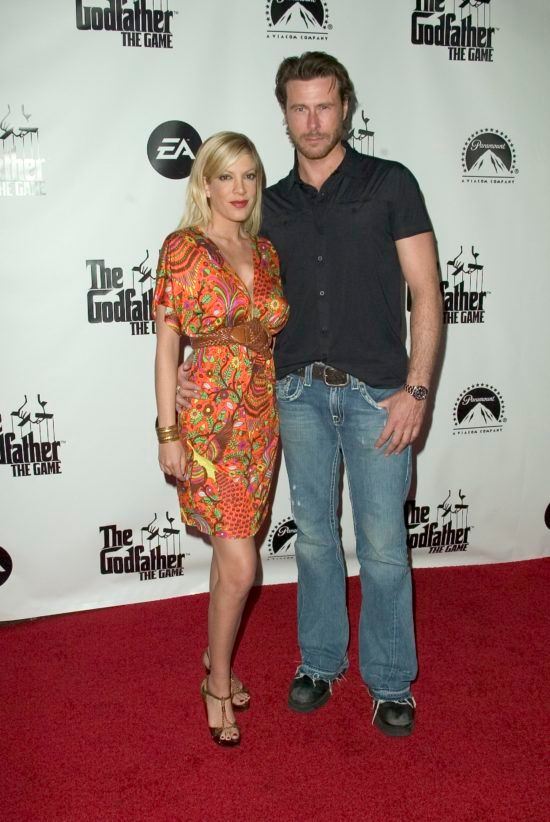 One detail that many people don’t know about Spelling and McDermott’s affair is that he and his wife at the time, Mary Jo Eustace, were in the process of adopting a daughter, Lola, when he went to Canada to film Mind Over Murder. After he began his relationship with Tori and left Mary Jo, he opted out of moving forward with adopting Lola. 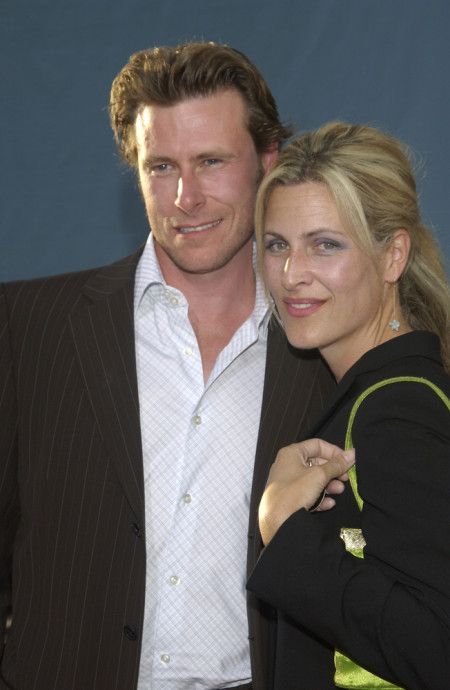 The first time that Dean proposed to Tori was on Christmas Eve 2005 at a Christmas tree farm in Toronto, Canada. They rode up together in a horse-drawn carriage and then he proposed to her with a diamond and sapphire ring. “It was so magical. All the stars aligned. I have never been happier in my life,” he told People. He also proposed again on Christmas Day 2006 and then again in April 2016, a month before their ten year anniversary, with an antique engagement ring. 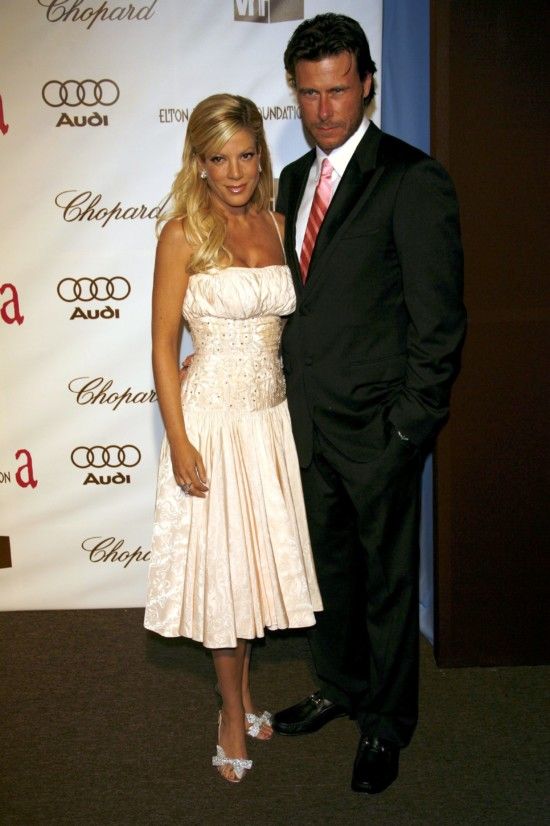 The couple was married in a non-denominational ceremony on a private tropical island in Fiji in May 2006, about a year after they first met. McDermott and Spelling were the only people present and they both wore white and were barefoot. They were really happy to be finally married. He told People, “I’ve never had as much of a desire to get married and make a woman my wife as I’ve had with her. The feeling is overwhelming. We’re soul mates,” while Spelling said that they “didn’t want to wait another day to get married.”

Dean and Tori have shown their love for one another with tattoos! Dean has one on his wrist that says, “Truly, Madly, Deeply, Tori,” as well as a portrait of her on his shoulder. He also has her name tattooed about his genitals. After he was caught having an affair in 2013, he had Tori’s wedding vows tattooed on his rib page to represent his promise to never be unfaithful again. For their tenth wedding anniversary, they both had the French phrase, “Tout mon coeur, tout ma vie,” inscribed on their inner biceps, which translates into, “My whole heart, my whole life.” 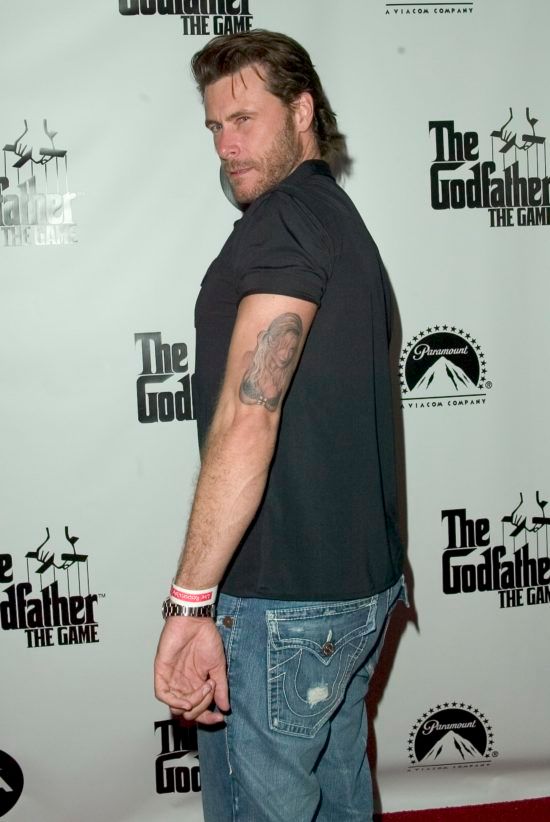 Spelling said that she and Dean wanted a big family and that is exactly what they have together! Dean has one child, Jack, from his marriage to Mary Jo Eustace, and he and Tori have five children: Liam (born March 13, 2007), Stella (born June 9, 2008), Hattie (born October 10, 2011), Finn (born August 30, 2012), and Beau (born March 2, 2017). During Tori’s pregnancy with Finn, the actress turned reality star almost died because of a condition known as placenta previa, which resulted in part from the C-sections she had with her first three children. The condition meant that she was at risk for substantial bleeding and the doctor order her on bed rest for four months. While Finn was born healthy, three weeks after his birth, her surgical scar ruptured and she had to be hospitalized for another two weeks.

The former reality TV stars may have each other, but they don’t have a lot of money. In an episode of True Tori, the heiress broke down over her and McDermott’s financial situation, complaining that they live paycheck to paycheck. In 2016, American Express sued Spelling twice over unpaid credit card balances for $37,981.97 and $87,595.55, and in 2017, the IRS drained the couple’s bank accounts for failing to pay $707,487.70 in federal taxes for 2014. According to Spelling’s mother, Candy, she is the one who pays the bills for the couple’s “house, the kids’ schools and their food.” 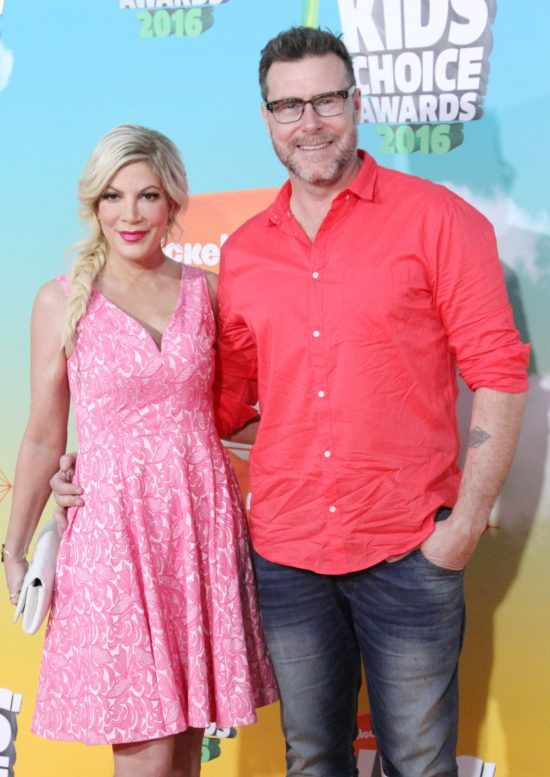 In 2013, news broke that Dean had cheated on Tori with a 28-year-old woman by the name of Emily Goodhand while he was in Toronto filming Chopped Canada. Goodhand sold her story to Us Weekly and claimed that Dean had cheated because Tori wouldn’t have sex with him. Tori was devastated by the news, but had already suspected that Dean might cheat on her given that he had sex with her the first night they met even though he was married to Mary Jo Eustance at the time. To save their marriage, Dean went to rehab for sex addiction and the couple documented the fallout from the cheating scandal in a reality TV show called True Tori. 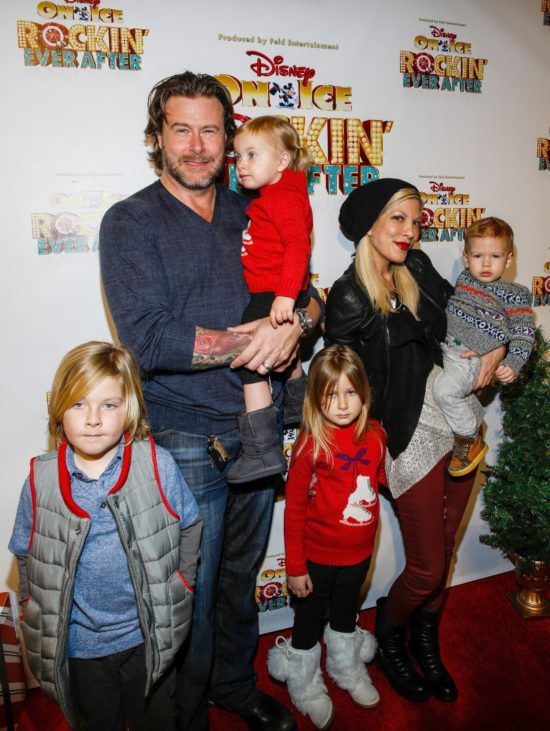 Since the cheating scandal and after welcoming their fifth child together, Spelling claims that she and McDermott are now in a really good place. “We had to deconstruct our relationship,” she said on the Today show. “We really did, and I feel like we’re kind of turning monogamy on its head, flipping it and being like, ‘Well […] through some fighting we’ve been told what life should be, what marriage should be.” There are, however, rumors still floating around that not everything is rosy with the couple and in March 2018 the cops were called to the couple’s home by Dean because Tori reportedly was having a mental breakdown.