10 Things You Didn’t Know About ‘Suits’ 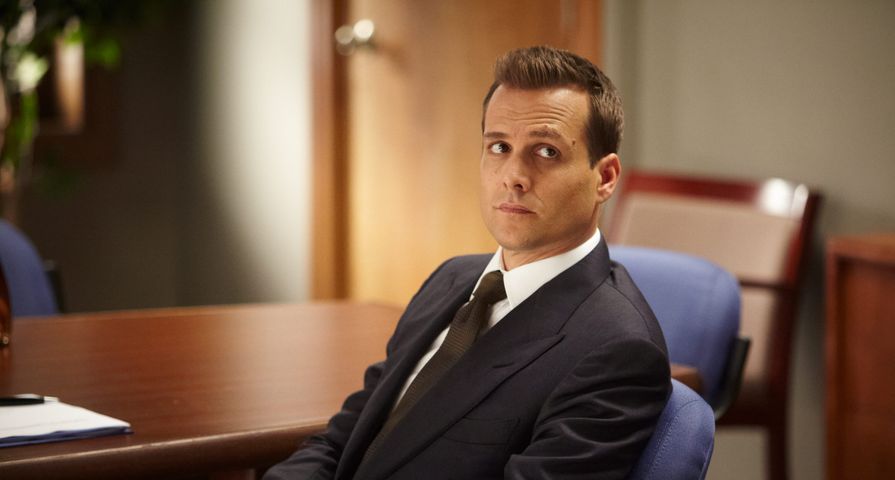 Suits is one of the best shows on television right now — it is incredibly intelligent and showcases the fast pace, high rolling lives of big-time Manhattan corporate lawyers, Harvey Specter, Louis Litt, Mike Ross and Jessica Pearson. The show has enjoyed incredible success and has been nominated for several awards since 2012, including Best Drama and Favorite Dramady at the People’s Choice Awards. The series premiered back in 2011 and has been gaining a large fan following ever since; however, there might still be a few things fans didn’t know about the show, so here’s a list of 10 things you probably didn’t know about Suits.

Gabriel Macht’s wife and father have both been featured on the show. Macht’s wife played a love interest of Harvey’s in the role of Zoe Lawford, a jury consultant. Stephen Macht, his father plays his on-screen dad, Gerard Specter.

Patrick J. Adams is not only a great actor, but he’s a good photographer too! Most of the photographs that are hanging on the wall in Rachel’s office are the real life work of Adams. He shot most of the photographs. The Canadian actor has quite the knack for photography and often shares great snaps from his travels with fans on social media.

Not only are all the cast members of Suits incredibly good looking, but they are also constantly dressed to the nines. Costume designer Jolie Andreatta said she stocks more than 100 suits on set. The cast only wears the best of the best! Harvey only wears Tom Ford suits, while the women wear top fashion brands like Dior, Victoria Beckham, Zac Posen and Burberry. Macht said his character Harvey wears up to 10 different looks each episode.

Patrick J. Adams hasn’t had many roles on television or in film and is relatively new to the industry. He’s had small roles here and there (including Lost and in Pretty Little Liars), but nothing major. So how did he land the role of a lifetime? Suits creator Adam Korsh said he cast Adams as Mike Ross because of his intelligent eyes. Adams said this role has made his career do a total 360 — nicely done!

Despite Louis Litt’s special love for cats, specifically his cat Bruno, Rick Hoffman is deathly allergic to cats! Hoffman is a self-proclaimed dog lover and has to keep an EpiPen on set when he’s filming with animals. He said his allergy is so bad that after he films a scene with a cat he has to be hosed down to make sure there is no cat hair or dander left on his clothes.

Even though the show takes place in New York City, it’s actually filmed in Toronto, Canada. The pilot episode of season 1 was filmed in NYC, but afterwards it was relocated across the border. The camera crew and set producers strategically choose streets in Toronto that resemble the big apple, and have to film at certain angles in order to depict a Manhattan setting. The crew also brings in hot dog stands and New York’s signature yellow checkered taxi cabs. Macht, who is a New York native, has been open about his desire to move the show back to New York City, while Patrick J. Adams who is from Toronto enjoys being back home!

4. Lawyers Run in the Family

Macht didn’t have to do much research for his role. He’s got a family full of lawyers — his sister Julie was a District Attorney in the Bronx; his cousin is a lawyer; his aunt is a lawyer; his grandfather was a judge; and one of his closest friends was a lawyer in LA before becoming an adviser to Jerry Brown, Governor of California. However, he did have to change up his game to play the character of Harvey. He’s said he’s nothing like his character on television. He’s married to Australian-born actress Jacinda Barrett, with two children, a daughter named Satine and a son, Lucas. He doesn’t even like Harvey’s hairstyle! In an interview with Metro he said, “I don’t like it at all. I find it to be icky and crispy. I am not crazy about the slicked-back look, but it works for Harvey.”

Before Meghan Markle landed the huge role on Suits as Rachel, she worked as a calligrapher for celebrity wedding invitations and holiday correspondence. We want to see her perfect penmanship in a love note to Mike Ross!

2. Gabriel Macht is a Producer

Gabriel Macht not only plays one of the leading roles on the show, but he’s also listed as a co-producer. In 2013, Macht began co-producing and since then has served as a producer on the show. He made his directorial debut during filming season 4 as he directed episode 11, “Enough is Enough.”

1. Harvey and Donna are Real Friends

Harvey and Donna are actual close friends in real life. Gabriel Macht and Sarah Rafferty have been friends for two decades which is probably why their chemistry on set is so good! He told Blast magazine back in 2012, “We are really, really, really close friends. We’ve been to each others weddings…our daughters are best friends, so we lived in the same house [while shooting Suits in Toronto].” He also went on to say that while it’s hard to get down to the grind and work with a best friend around, it’s a lot of fun. The two are often found cracking up in the middle of a scene. In fact, a scroll through any of the casts’ social media accounts will show that they are all good friends!