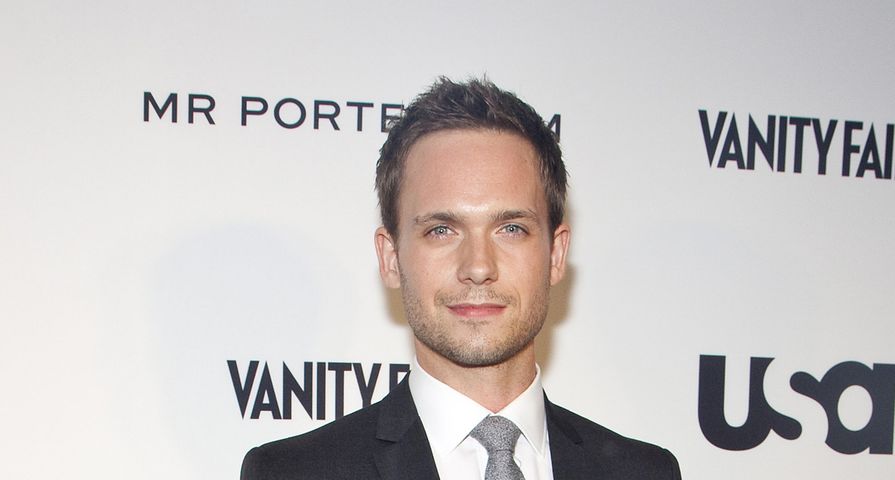 This Canadian actor was one of the leading stars on Suits. Patrick J. Adams swept audiences away with his portrayal of Mike Ross, a college dropout who has a photographic memory and a superior level of intelligence, and the onscreen chemistry between him and his co-star Gabriel Macht was just one of the reasons the show has been so successful. Since it’s his birthday, check out these 10 things you probably didn’t know about Patrick J. Adams!

Not only is Patrick J. Adams an amazing actor, but he’s also an avid photographer! It is a hobby he picked up a while ago and kind of just taught himself how to capture great photographs and developed an artistic eye. In an interview with Da Man magazine he said, “I’ve always been fascinated with captured moments. I’ve always been amazed how a story or a feeling or a conflict can be so effectively communicated in a single image. The fascination must have begun with photos of my family and of distant grandparents who I never knew but who were part of me.” He’s such a good photographer that his pictures are even featured on the show! When re-watching the show, take a look at the photos hanging on the wall in Rachel’s office — those are the real-life work of Adams! He shot most of the photographs and shares a lot of his work with fans on social media.

When we think of Patrick J. Adams we picture him as the smart and savvy lawyer we see on television, but it’s easy to forget he’s just an actor! However, he has a bit of law bragging credits to his name now. After portraying Mike Ross on Suits for three years, Adams was given an honorary lifetime membership to the University College Dublin Law Society. A former auditor of the UCD Law Society commented on his induction in 2013 and said, “His portrayal of Mike Ross in ‘Suits’ has captured the imagination of millions of people. And although the character is certainly not your typical lawyer, he ignites a general interest among viewers in the law, lawyers and law firms.”

8. He Thought Mad Men was a Sitcom

Before Adams made it big with his character on Suits, he auditioned for a part in the hit series, Mad Men. He confesses that when he auditioned for the part he thought the show was a sitcom! “When ‘Mad Men’ came out, there was a sitcom that same year, also called ‘Mad Men.’ This was my first time going in for ‘Mad Men,’ and no one knew what it was. So, my manager said, ‘It’s a sitcom. Just go and you’ll love it. It’s going to be great.’ I read the material and thought, ‘This is not that funny.'” Even though he had no idea what kind of show he was auditioning for, he must have left a good impression because he said he got called back! “I went in with (show creator) Matthew Weiner, who now has written one of the best shows of all time, and I did my thing and he just stared at me. It wasn’t in a bad way, but just like, ‘What’s going on with this kid? He’s making interesting choices that are a little big.’ I ended up getting called back for other parts on the show, so I don’t think I offended him too badly,” Adams said.

7. He Plays the Guitar

Adams has played the guitar since he was 15-years-old. In an interview with EW, Adams revealed some more embarrassing acoustic songs he knows how to play on the guitar: “I play guitar, and everybody always plays the cool songs. My thing was to always take pop songs and learn to play them accoustically. So I have a lot of Britney Spears and Christina Aguilera jams that I do acoustic. I’m not even ashmaed of it. ‘Oops!…I Did It Again’ – classic track. ‘…Baby One More Time’ – even more classic track. That’s THE song. That’s what made it happen. A Backstreet Boys track? I’m not mad at it. I’ll do that, too.”

When asked where his favorite place in the world was he stuck to his Canadian roots and said Haida Gwaii, an island in the northern part of British Columbia. He gets to visit here often because his sister lives there! His favorite thing about the island is that it’s totally remote and the beach faces Alaska. When asked about his sister’s life there, he said, “She lives in a log cabin, your phone doesn’t work, and you get the best sleep of your life.” Patrick J. Adam’s social media followers can find some pretty awesome photographs of this paradise on his Instagram page.

Adams met the Pretty Little Liars star Troian Bellisario back in 2009 when they were cast opposite each other in the on-stage play Equivocation. They dated for a while, but briefly parted ways due to hectic work schedules. Bellisario and Adams both starred in different shows and, to make matters more complicated, they film in separate countries. Troian Bellisario co-starred on the hit show Pretty Little Liars which films in the United States while Adams films in Canada for Suits. They reunited when Adams took on a guest appearance on Pretty Little Liars in 2010. In an interview with People magazine, Adams said, “It’s constant coordinating. It’s really hard to be away from the person you love, especially when they’re your rock and support system.” But it seems they figured things out because in February 2014 they confirmed they were engaged and were married in December 2016 in Santa Barbara, California.

Adams is one of Canada’s most beloved actors in the industry right now! His life came full circle when he moved back to his hometown of Toronto, Ontario, after landing a job on the USA Network series Suits. His parents divorced when he was a teenager and at 19-years-old he followed his dreams of becoming an actor by moving to Los Angeles. He attended the University of Southern California and got a B.F.A in acting. Adams admits he was surprised when the show got moved to Toronto even though that’s something that happens quite often now. He said he didn’t expect to ever be living in Toronto again. For a while he even moved back in with his mom!

Patrick J. Adams landed a guest appearance on the hit show Orphan Black by sending out a tweet over Twitter! Back in 2013 he showed some interest in the show over social media and ended up getting a brief role on the show in the character Jesse, across from actress Tatiana Maslany. Adams opened up to Harper’s Bazaar about how it all came about: “I loved the show, but also as a Canadian, I was so proud that it was being made out of Canada. It has this incredible actress from the middle of Saskatchewan nobody had heard of, who was giving the best performance on television. I started tweeting as a joke, like, put me on; I’ll carry a spear; I’ll do anything. One of the creators found it, and one of the people on my who–because we shoot in Toronto–works on Orphan Black too. They started talking, the producers came to set, I said, ‘I want to be on Orphan Black,’ and they said, ‘Done!'”

When asked about his experience directing for the first time he said, “It was a little scary because I loved it so much. It was as if I was doing the thing I was always meant to do. It was so simple, but that’s because I know the show. So it’s kind of like directing with training wheels for an actor on their own show. You have the support of the whole crew, the DP, who’s been doing the show and knows the look of it. You really just kind of helping people to find what’s going on in the scene.” He also said some of his fellow actors were tough on him, but in a good way! “Gabriel [Macht] was amazing because I had done the same to him when he directed 4 x 11, so we had each other’s backs. But at the same time, we also know each other so well that we’re not afraid to voice our opposition if there’s something going on and if they don’t like something…You have to work just as hard to really convince them of something, which is good because that’s why you want to be a director. You don’t want it to be easy because sometimes your ideas aren’t right.”

1. His Most Bizarre Acting Experience

In an interview with Harper’s Bazaar, Adams said his most bizarre acting experience dates back to his first job on Cold Case. He was paired up with another actor who was playing an older version of his character. He describes him as “really unhappy, old guy, and he looked exactly like me.” “We’re talking about politics or something one day, and he just looks at me and goes, ‘Get out of this business, kid. It will kill you.’ That was the last time I spoke to the older me, and it still screws with my head,” Adams said. On a more positive note, he had a really great experience when working on the film Old School. He was playing an extra in a scene when someone working on set asked them if anyone knew how to play guitar. “I was the only one who put up my hand, and they’re looking at this group of people going, ‘anybody else?’ so I got to rehearse and play guitar with Will Ferrell.”