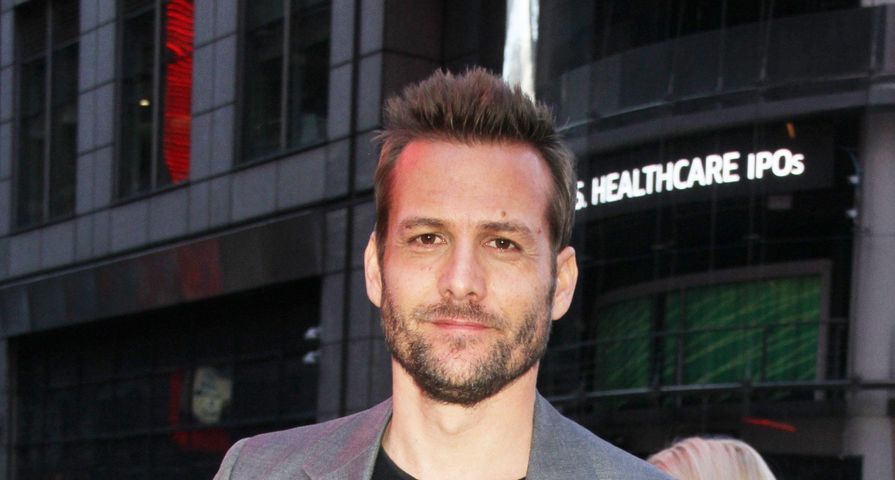 Suits is one of the best shows on television right now. It tells the story of a college dropout who is hired by an arrogant and successful lawyer to work at one of the biggest law firms in NYC. The entire premise of the show operates around whether or not both of them will get caught. In the most recent seasons, the show has gotten pretty dark with a lot of cliff hangers featuring new twists and turns. It just keeps getting better and better! Gabriel Macht is a big part of why the show is so popular, which is why we have dug up these 10 things that most fans don’t know about him:

Macht was born in the Bronx, New York. His mother, Suzanne Vicotria Puller was a museum curator and archivist while he father was an actor, Stephen Macht. Gabriel has three siblings: Jesse, who is a musician and appeared on the show The Next Great American Band, Ari Serbin, and Julie. Gabriel Macht’s family is of Ashkenazi Jewish descent. Both of his parents are Jewish and his father’s family emigrated from Russia and Germany to the United States. His grandfather was born in Letichev, Ukraine and his grandmother was born in Russia. When he was 5-years-old his family moved from the east coast to California. He attended Beverly Hills High School and then graduated from the Carnegie Mellon College of Fine Arts in 1994. While attending college, he was a part of the Delta Upsilon fraternity.

It’s undeniable that Gabriel Macht and Sarah Rafferty, who plays the beloved character of Donna, have on-screen chemistry. The reason these two work so well together is because they’ve been close friends for many years! They met in 1993 at the Williamstown Theatre Festival. In an interview with Blast magazine back in 2012, Macht said, “We go back 20 years and our daughters are best friends, so we lived in the same house [while shooting ‘Suits’ in Toronto]. We are really, really, really close friends. We’ve been to each other’s weddings.” Working with a best friend would be awesome! But Macht has confessed that it makes things a little difficult when it comes to being serious on set. “It is very hard to act with one of your best pals. But with that said, it’s a lot of fun. We constantly say to each other, ‘don’t make me laugh, don’t make me laugh, stop, stop, don’t, stop.’ It’s very hard.”

In an interview with The Cafe’s Alex Breingan, Gabriel Macht talked about always being associated with his character: “Harvey Specter is a very incredible character. He’s type A, he’s aggressive, he shoots from the hip, he’s witty, he’s got quick banter…I am not that guy. I truly am not that guy. When people ask me to be that guy, I try and be that guy, but he’s also the guy that people at times want to be. He’s got some great one-liners…And I wish I could say 90 percent is improv, but it’s not,” he said. Just a quick look at Gabriel’s life shows that he’s nothing like Harvey. He’s more of a family man who is incredibly easy going. He also commented that acting like Harvey for 12 to 13 hours a day can be extremely draining for him. “Very often he’s an aggressive, defensive guy who’s a bit unhinged…I tell the writers, this is great stuff, but just so you know by the end of the day I’m super duper exhausted because I’ve got to be in people’s faces all the time,” he said. Gabriel has even said he doesn’t like the way Harvey dresses or his hair!

He’s been a vegetarian since 2008. In an interview with Parade, he said he stopped eating meat for health reasons. “I had the best Philly cheesesteak ever, but it made me feel terrible. A friend recommended I read The China Study, and I quit eating meat. I’ve never felt better,” he said. His co-star Meghan Markle weighed in on Gabriel’s diet and even she said it’s definitely unexpected! “Well, it’s so funny because out of everyone, Gabriel is the most different from his character. He’s a vegan, he wears linen, he’s super chill so it’s especially funny, because people expect him to go out and have a steak, but he’s not, he goes out and gets a tofu,” she said.

Unlike his character on television, Gabriel Macht is very much a family man. When the show is on hiatus he spends his time with his children, supervising play dates, crafting with them and taking them to school. He’s married to Australian actress, Jacinda Barrett. The couple married in 2004. She was previously engaged to another actor, Chris Hardwick. Gabriel and Jacinda now share two children together, a 7-year-old daughter Satine Anais Geraldine and a 1-year-old son named Luca. Jacinda is best known for her role in the Netflix original show, Bloodline, but she’s also appeared on popular shows like The Following and three episodes of Suits!

Macht worked with John Travolta in 2004 for the film A Love Song for Bobby Long. He received critical acclaim for his performance while he worked alongside Travolta and Scarlett Johansson. Macht credits Travolta as an ‘invaluable’ teacher to him. He taught him how to act and how to behave on set. Of course, one of his biggest mentors was his father, Stephen. “I’ve had mentors along the way. I think that, growing up, my father mentored me in many ways. I was able to learn from his successes and failures and what better way to grow than to learn by both winning and losing. He was able to bestow his wisdom on me by ‘doing.’ I have learned so much by being in his presence,” said Macht.

One of the reasons Suits is such a great show and works so well is that the actors get to have a lot of input in how the show develops. In addition to that, the two leading men, Gabriel Macht and Patrick J. Adams, have also been working behind the camera and were given a shot at directing. When the show first started, Macht expressed a lot of interest in directing a few episodes, and it seems he got his wish and more! He’s listed as a producer for the show. In 2013, he began co-producing and he made his directorial debut in season 4, when he directed episode 11, “Enough is Enough.”

Macht said he knew he wanted to be an actor when he was really little, especially after growing up with his father. His father, Stephen Macht, has been acting since the early ’70s and Gabriel remembers how he would sometimes visit him on set which helped to peak his interest in the entertainment industry. In an interview with Metro, Gabriel said: “I knew as a young kid that this is what I wanted to do. I saw the stories [my father] was telling and said [to myself]: ‘That’s what I want to do.'” As a result of his strong interest in acting, Macht was cast in a film when he was only 8-years-old! Not only did he make the cut, but he also received critical acclaim for his role. He was nominated for Best Young Motion Picture Actor Award. At the time he acted under the stage name, Gabriel Swann. “I do remember a lot of my time working on Why Would I Lie. I remembered that being the experience that paved the way for me deciding to become an actor when I was an adult. I absolutely loved being on set. Working as an ensemble with people you don’t know, trying to tell a story so that it would reach people and touch them. I loved it and I still love my job,” Macht said.

2. He Doesn’t Think the Show Should be in Canada

Surprisingly, the show Suits isn’t filmed in New York City where it takes place, but rather it’s filmed in Toronto. The reason for this is because it’s cheaper for production companies to make a film across borders, and it actually happens quite frequently. Macht has openly shared his dislike for working in Toronto and that he believes the show belongs in New York City. “Canada — I’m there to work. As much as I love my crew, I’d be happy — well, over the moon — to work in NYC where the show takes place. I’m not for outsourcing for tax incentives. I believe the work should stay in the States. Growing up in LA and seeing so much of the industry be sent overseas has been hard for me. I see so many people lose their livelihood. It’s like the auto industry. Everyone’s left Detroit. The place has lost its spirit in many ways. Most importantly, I want to work where my family is. It’s very hard to be away from my wife and daughter when clearly the show can be shot in NYC,” he said.

When the filming of Suits moved to Toronto a lot of the American-based actors had to uproot their lives and temporarily move across the border away from their family — even Canadian-born Patrick J. Adams! A fun little fact that a lot of people probably don’t know is that Gabriel Macht bunked up with Adams and his family for a little while until he could find his own place. “[Adams] grew up [in Toronto], and his mother had this big penthouse, so he was like, ‘I’m staying at my mom’s.’ I was like, ‘Your mom’s? Can I stay with you?’ [So] we lived together for, like, 10 days, until I found a place,” said, Macht. When he moved out of Adam’s mom’s penthouse, he moved in with co-star and friend, Sarah Rafferty.