Home » Entertainment » Movies » Things You Might Not Know About Sixteen Candles 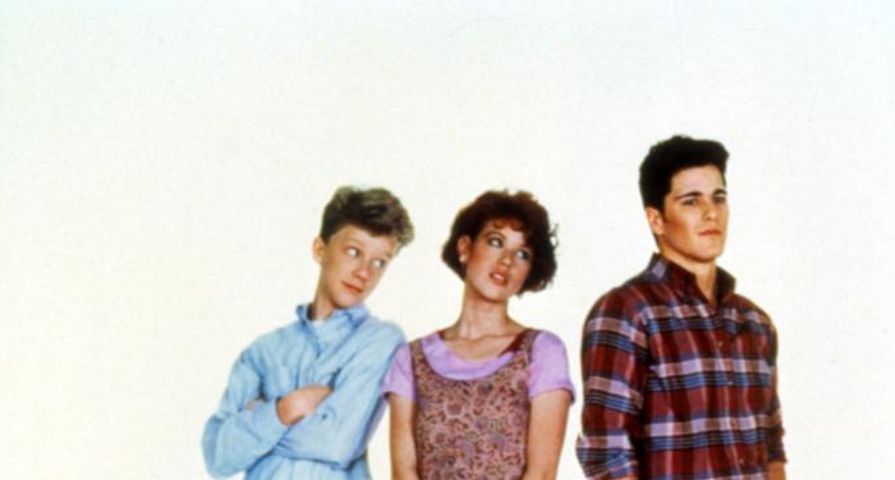 The film Sixteen Candles is an ’80s classic. It’s lumped in with the other cult films during that time period by John Hughes, who was deemed the king of teen movies after releasing a string of hits like The Breakfast Club and Pretty in Pink. He was a movie making mastermind when it came to harnessing the teenage mind and all the angst that comes with it. Sixteen Candles didn’t do well at the box office, but rather skyrocketed in popularity when it was released on VHS. Entertainment weekly ranked Sixteen Candles as one of the “Best High School Movies” ever. It’s been over 30 years since the release and despite being around for a long, long while there’s lots to know about what went on behind the scenes! Here’s 10 things you probably didn’t know about the movie Sixteen Candles:

John Hughes wrote the role of Samantha Baker after he saw a headshot of 15-year-old Molly Ringwald. The whole movie was inspired from it. He pinned the headshot on a bulletin board and wrote the film over the Fourth of July weekend. He derived so much of the film from her that she later said it was almost like playing herself. The film was his directorial debut; it was the first film he ever wrote and directed. He followed it up with The Breakfast Club in 1985 and Ferris Beuller’s Day Off in 1986. He became known as the “Godfather of teen cinema.” Fun fact: Hughes often came up with the soundtracks for his movies before he wrote the script.

The movie was filmed at Niles East High School in Skokie, Illinois. Most of Hughes films take place in the state of Illinois because that is where he is from, but filming in this particular location was apparently not fun at all for Ringwald or Hall who were both 15 at the time. The two actors were underage and their fellow cast mates like Michael Schoeffling who was 23, left them to go to bars. Stuck in the Skokie hotel, Hall and Ringwald crashed Bat Mitzvahs to help pass the time.

Anthony Michael Hall was chosen for the film by John Hughes after seeing his performance in National Lampoon’s Vacation (another movie by Hughes). He knew he wanted to have Anthony in another one of his films so he wrote the character of the Geek/Farmer Ted with him in mind.

7. The Character of Jake Ryan

Viggo Mortensen was almost cast as Jake Ryan. In an interview with Access Hollywood Ringwald confessed, “I really wanted [Viggo Mortensen]. He made me weak in the knees. He really did.” Of course, Michael Schoeffling was cast in the role. He almost didn’t make the cut though because he was so shy during his audition. His job was saved by producer Michelle Manning who said, “He was so stunning and dreamy that we cast him.” Today, he’s settled down with a family and has retired from the showbiz industry.

Anthony Michael Hall had a crush on Molly Ringwald all throughout the making of Sixteen Candles. In fact, the two ended up briefly dating in-between filming Sixteen Candles and The Breakfast Club.

The dress that Molly Ringwald (Samantha) wears to the school dance was originally supposed to be worn by Liane Curtis who played the character, Randy. However, Ringwald saw the dress and asked to wear it. Of course, it was common knowledge that she got what she wanted to set with John Hughes because she was considered his ‘muse’ so Hughes allowed her to wear the dress and had to run around last minute and find a new outfit for Randy’s character to wear.

The movie budget couldn’t cover air conditioning in the school so it was often over 100 degrees while filming. Havilland Morris who played Caroline had to change her dress in-between takes because she would sweat so much. Samantha’s bedroom was also uncomfortably hot to film in because the set for that room was built inside the high school gymnasium.

3. Gedde Watanabe Lied to get his Role in the Film

Gedde Watanabe played the character of Long Duk Dong. In reality he’s nothing like his character. He was actually born in Utah and doesn’t have the slightest hint of an accent. In fact he doesn’t even speak Japanese, he only speaks English. In an interview with Vulture, Watanabe admitted that in order to get the part he borrowed the thick accent of his Korean friend. “[It] wasn’t a very smart idea because I was basically lying and would have to tell them at some point that I only spoke English…The casting director, Jackie Burch, was talking to me like I was from another country. Finally I had to admit I was lying.” He eventually admitted it to John Hughes before a table reading and instead of getting fired like he imagined, Hughes just laughed it off!

2. A Deleted Scene That Can Only be Found on TV

Only the most loyal Sixteen Candles fans would know about this fun fact! There is a secret additional scene that didn’t make the theatrical cut for the film, the VHS copies, or even the DVD extras! The only place this scene could be watched was in the televised version back in the ’80s. It was an extra scene set in the school cafeteria that was shot to fill an additional minute of time.

The last scene where Samantha and Jake are sitting on the table with the beautiful birthday cake he brought her and 16 lit candles has become a picturesque scene for the film that resinates with viewers. However, it turns out that Jake is a cheapskate! Sadly, to our dismay the iconic cake in that scene is actually made out of cardboard. Sigh.