Home » Entertainment » Celebrities » Things You Might Not Know About Scott Eastwood 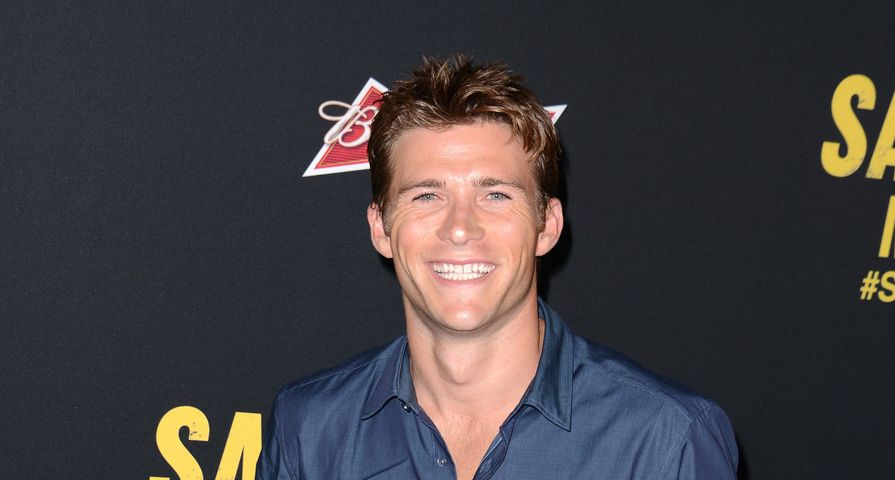 Scott Eastwood’s star has been getting bigger and bigger in Hollywood since he starred in the film adaptation of Nicholas Sparks’ The Longest Ride and was the love interest in Taylor Swift’s “Wildest Dreams” video. His unbelievable good looks, natural charm and down-to-earth personality have started to turn heads, not only in Hollywood but with fans around the world. He only had a handful of acting roles when he took on The Longest Ride but has gained momentum with roles in major films including Suicide Squad, The Fate of the Furious and Snowden. Many are well aware that he is in fact the son of the legendary Clint Eastwood, however there are many things still not widely known about the budding star. Check out 10 things you didn’t know about Scott Eastwood.

When Scott Eastwood first started out, he decided to use his mother’s last name, Reeves, to avoid nepotism given his dad’s status in Hollywood. “People assumed that I would have everything handed to me, but that couldn’t be further from the truth. I was on my own doing the grind,” he told Town & Country. In fact, that was part of the reason his acting career didn’t take off until his late twenties — he didn’t want his dad to influence his career and decided to do many different jobs before acting and deciding he could make it on his own, but still enjoy the legacy of being an Eastwood. “I wanted to earn it on my own merit [but] at some point you say, ‘F–k it. That’s my dad’s last name, that’s my legacy.” 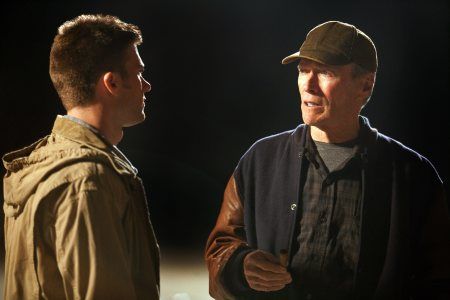 Since he didn’t jump right into acting, Scott attended college. Proving he is the best of beauty and brains, he attended Loyola Marymount University in Los Angeles and graduated in 2008 with a degree in communications. 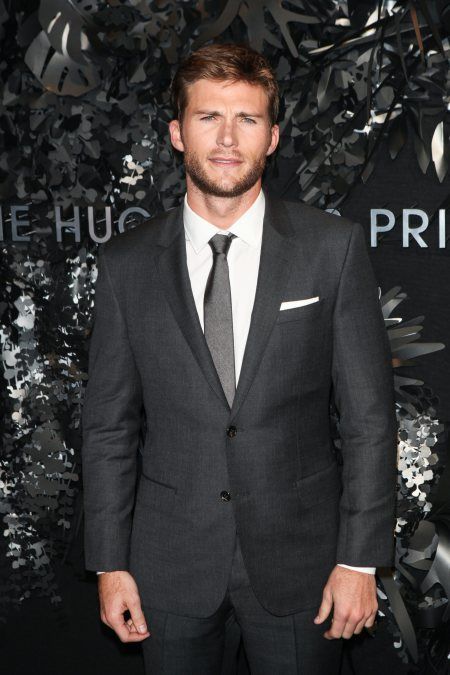 8. Scared of Jared Leto On Set

Jared Leto and Scott Eastwood starred together in Suicide Squad and, as many are aware, Leto took on the grueling role of The Joker. Since the part takes so much dedication and focus to execute properly, Scott admitted he didn’t want to approach Leto on set. “I was sort of afaid to approach him because I didn’t want to mess with his thing going on,” Eastwood stated while at the Maui Film Festival where he was awarded the Rising Star Award. “But I knew him before. I met before he was The Joker. I just met him as Jared Leto. So I didn’t know if I wanted to mess up his thing.” 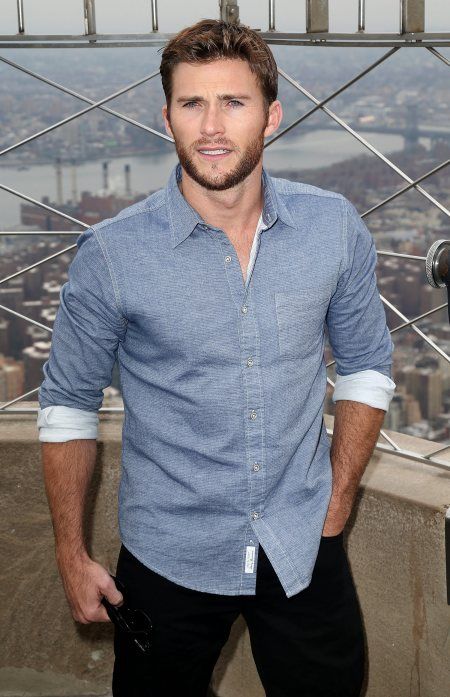 One look at his Instagram and it will become clear that Scott Eastwood is not the sit at home type. He has many hobbies but really enjoys surfing, fishing and golfing.

Great morning on the water back at home with the boys @Culvernation @MattGerold it’s good to be home. We crushed it!! Shout out to @seekerrods and @accuratefishing #yellowfin #sushi #tonight #eatwhatyoukill #killwhatyoueat @puppiesmakemehappy #winning #bringinghomethebacon

While having Clint Eastwood as a dad would give you an easy in to Hollywood, Scott has made it clear that he doesn’t want special treatment, and he doesn’t get it. “I’ve auditioned for pretty much every one of my father’s movies,” adding he often doesn’t get the part as was the case for American Sniper. “You don’t get a phone call. It’s nothing personal.” He did however appear in Flags of Our Fathers and Invictus, which were directed by Clint Eastwood and Gran Torino, which was not only directed by Clint but also starred him. He also starred with his dad in 2012’s Trouble With the Curve.

5. Turned Down A Major Role

Scott Eastwood’s star could have been on the rise a little earlier had he taken on one of the biggest roles in recent years. It seems he was one of many actors being considered for Christian Grey in the film adaptation of Fifty Shades of Grey; however, he had no interest in it from the beginning. “They had asked me to come in and read and test for it. It just wasn’t for me. It was not something I wanted to do,” he told USA Today. 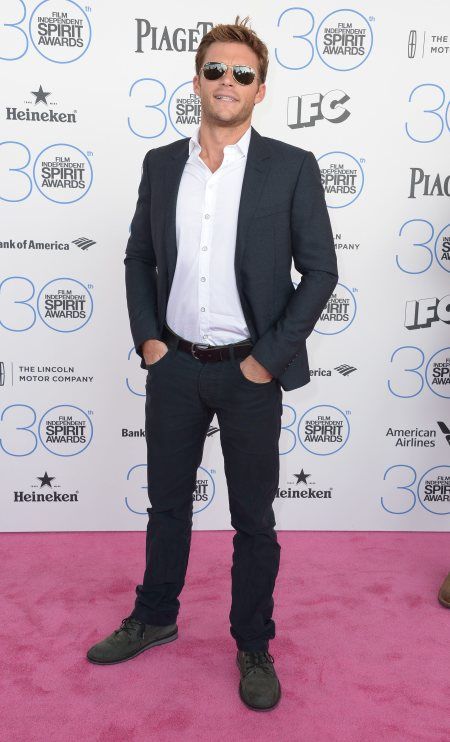 After his parents split, Scott was raised by his mother in Hawaii, which is of course where he got hooked on his love for the water and outdoor sports, many of which do not include shirts. He explains why he is very often shirtless: “I grew up surfing and hanging out on the beach, so I’ve sort of always like being shirtless,” he said in the interview of his trademark look.

Thanks Oliver Stone for shooting in Hawaii. Training continues for #suicidesquad. Can’t wait to get back to the squad. Miss you all. Rock runs at Waimea bay. Good cardio. A photo posted by Scott Eastwood (@scotteastwood) on Apr 16, 2015 at 11:49am PDT

Even though his parent’s relationship didn’t work out, Scott has embraced the extended family it has given him. Along with his own sister Kathryn Reeves, he has five half-siblings from his dad’s other relationships and his one time stepmom Dina Eastwood called him “the family glue.” “He is the first one to call his siblings to get them all together.” Scott also often shares photos of his adventures with his siblings on social media, keeping close with all of them.

On way back from Rolling Stones concert this morning with my little sis @francescaeastwood and we saw this mini mart. We asked two kids if we could barrow there scooters for this photo op. Kids looked at us like we were crazy. #amazballs #rollingstonesbuffalo #Democover #newband #caronsidewalk #zerofucksgiven

2. Shares An Ex With Ashton Kutcher

It is actually surprising how small the entertainment industry is, especially when it comes to stars who have dated other stars. Even though he is new to the scene, Eastwood admitted he has a common “ex” with Hollywood hunk Ashton Kutcher. While on Watch What Happens Live with Kutcher’s co-star Jon Cryer, Cryer commented on working with Kutcher after they had both been romantically involved with Demi Moore. Then Eastwood dropped the bomb that Kutcher had slept with one of his girlfriends when she and Scott were still together! “If it makes you feel any better, he did sleep with one of my ex-girlfriends…but she was my current girlfriend at the time.” To make matters worse, Scott’s statement all but confirmed the rumor that Ashton had cheated on Demi and that the one night stand was the catalyst that ended their marriage.

Scott Eastwood likes to party and drink with his friends, his social media will tell you that much,  so it isn’t surprising that one of the careers he explored before acting was bartending. After things got bigger for the star, he took it to a new level and is now a co-owner of Saddle Bar in Solana Beach, California. 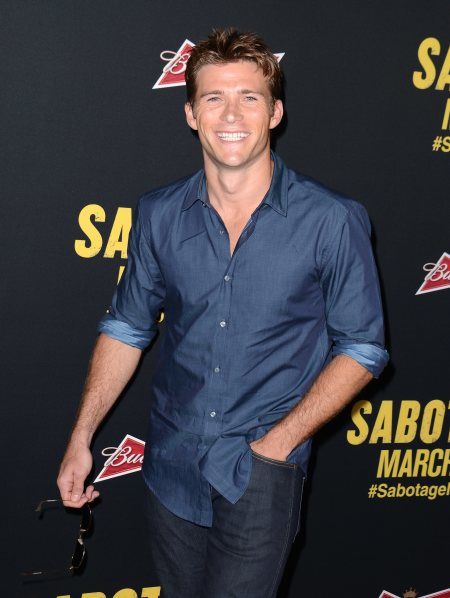