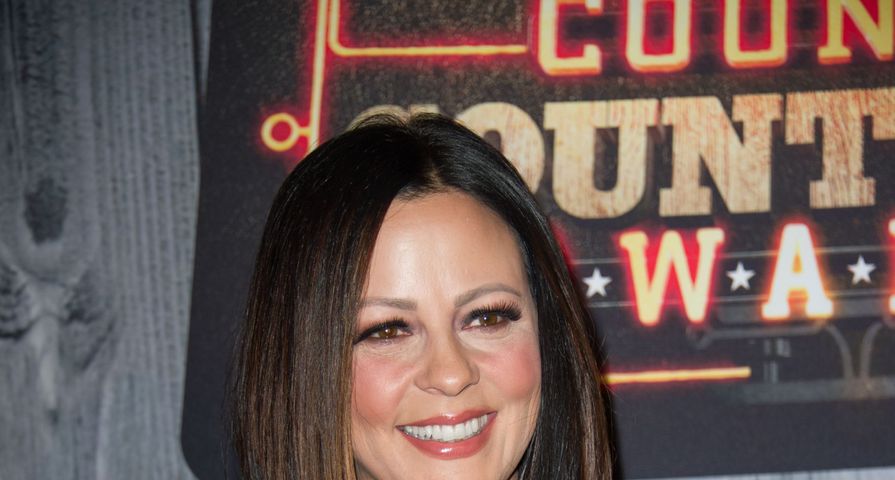 Sara Evans is one of the biggest female country singers of all time. She rose to fame in the late ’90s and quickly began charting singles like “Suds in the Bucket,” “Born to Fly,” “A Real Fine Place to Start” and her most recent No. 1 single, “A Little Bit Stronger.” She has sold millions of records, sold out stadiums and created eight studio albums, four of which were certified Gold, Platinum or multi-Platinum! Despite a brief hiatus in her career, Evans has continued to make music and appear both on stage and television, and her dedicated fan base follows her where ever she goes! Although she’s been in the spotlight for nearly two decades, there’s still a lot we don’t know about her! Here’s a look at 10 things you probably didn’t know about Sara Evans!

Born in Boonville, Missouri in 1971, Sara Evans is the eldest of seven children. She was raised on a farm just outside New Franklin, Missouri, and credits this aspect of her childhood for making her the hardworking career woman she is today. Her childhood consisted of waking up at the crack of dawn to haul hay and take care of the animals. “Sometimes I would have to get up before school, saddle my horse and go get cows in that had gotten out,” she said.

She began performing with her family on stage at only 4-years-old. They performed locally as the Evans Family Band and made $50 a performance at country fairs and rodeos. By the time she was 10, the band changed their name to the Sara Evans Show with her as the lead singer. “We performed to contribute to the family income. But my family was totally into music. My mom was a huge fan of the ’70s and ’80s country stars like George Jones, Tammy Wynette, Loretta Lynn…My dad was more into rock ‘n’ roll. I was into old country stars like Patsy Cline, Roy Acuff and Porter Wagoner,” said Evans. Several of her family members sang on her album, Real Fine Place, and her brother even joined one of her tours as a bass player in the band.

The “Little Bit Stronger” singer was hit by a car in front of her home when she was 8-years-old. The accident caused her to suffer multiple fractures in both of her legs. She was bound to a wheelchair for months, but continued to earn money by singing in order to pay her medical bills. This was when she first learned she could make a lot of money through a singing career. She began performing as a solo artist when she was 16. Her first long term gig was at a nightclub near Columbia, Missouri, where she played for two years.

7. Dancing with the Stars

She was the first country star to appear on ABC’s Dancing with the Stars back in 2006. Unfortunately, she wasn’t able to see it through to the end and had to pull herself out of the competition early, citing “personal reasons.” It was later revealed she was going through a nasty divorce with her ex-husband, Craig Schelske, and need to be with her children. In a pre-taped interview with Tom Bergeron, Evans said that “something happened” to spark the sudden end to her marriage and that “it’s very personal, it’s very traumatic and it was very hard for my children. Things drastically went downhill 100 miles an hour.”

Evans married Craig Schelske, an aspiring politician who once ran for Congress, on September 25, 1993. They share three children together, Avery Jack, Olivia Margaret and Audrey Elizabeth. Their marriage lasted just over a decade until Evans filed for divorce in 2006. The divorce ended up being pretty nasty and the topic of tabloids. In the court documents she accused Schelske of being unemployed, abusing alcohol, infidelity, allowing children to interrupt Schelske’s adult entertainment viewing, keeping sexually explicit photographs of himself and others, as well as verbal abuse. He refuted all of her claims and accused her of having affairs with other musicians like Kenny Chesney. Their divorce was finalized in 2007 and Evans was forced to pay her ex $500,000 in alimony over a 10-year-period.

After the divorce was finalized, Evans was sued by her ex-nanny, Alison Clinton, for $3 million on the grounds that Evans publicly smeared her name. The lawsuit came about because the country singer had accused Schelske of engaging in an affair with their family nanny. Clinton denied the allegations and said she was confused by them because not only was she the family nanny, but she was also Evans personal assistant and co-president of the singer’s fan club. Evans was even her matron of honor at Clinton’s wedding in July 2006. The $3 million lawsuit was settled for $500,000 outside of court.

Not only did Evans suffer through a very nasty and public divorce, but she also went through a difficult custody battle with her ex-husband which led to two separate restraining orders. Evans was awarded primary custody of her three children with Craig Schelske and he wasn’t happy about it. In February 2010, she secured a restraining order against Schelske which barred him from publicly discussing their divorce and custody battle. But in September 2011 he gave Anderson Cooper an extremely telling interview bashing Evans as a parent, so the next day Evans was granted a second restraining order to once again prevent him from speaking publicly about their divorce. Their custody battle waged on for years after the divorce was finalized, and in 2014 an arrest warrant was issued against Schelske because Evans alleged he owed her $333,000 in child support.

The “Suds in the Bucket” singer married Jay Barker on June 14, 2008 in Franklin, Tennessee. The perfect southern couple — a country singer and the football quarterback. Barker works as a radio host for ESPN radio, but he was once drafted to the Green Bay Packers, New England Patriots and Carolina Panthers (he never played a regular season game). Shortly after meeting her now-husband, Evans uprooted her life in Nashville, and moved to Alabama to blend their two families together. Together they have seven children from previous marriages and currently live in Mountain Brook, Alabama.

Evans had been seeing a martial counselor after her divorce, and he suggested she get in touch with another client of his who was also recently divorced. “He told us he’d never known two people more alike. He felt we could at least be supportive friends,” said Evans. The two began warily communicating with one another via text message, which later lead to long phone calls and eventually a date in Nashville. “We would get together with our kids as ‘just friends,'” said Barker. “Before long, they told us we should be dating.”

According to Evans, she doesn’t see herself as famous, especially not when she’s with her football star husband in Alabama. “Football is everything; it’s unbelievable. I used to joke when I first moved to Birmingham, I would walk behind Jay and hum, ‘Born to Fly’ so people would notice me, because they’d whisper, ‘There’s Jay Baker!’ I don’t see myself as famous. I’ll go to the grocery store, and I swear to you, I don’t ever think I’m famous. I’m always surprised when people come up to me, because I feel anonymous. Unless I’m working and I’m putting on a concert — then I can’t leave my bus, because everyone is there to see me. It’s weird; it’s hard to see myself in that way…My kids were all born after I became famous, so they definitely don’t know any difference,” she said.