Home » Entertainment » Celebrities » Things You Might Not Know About Randy Travis 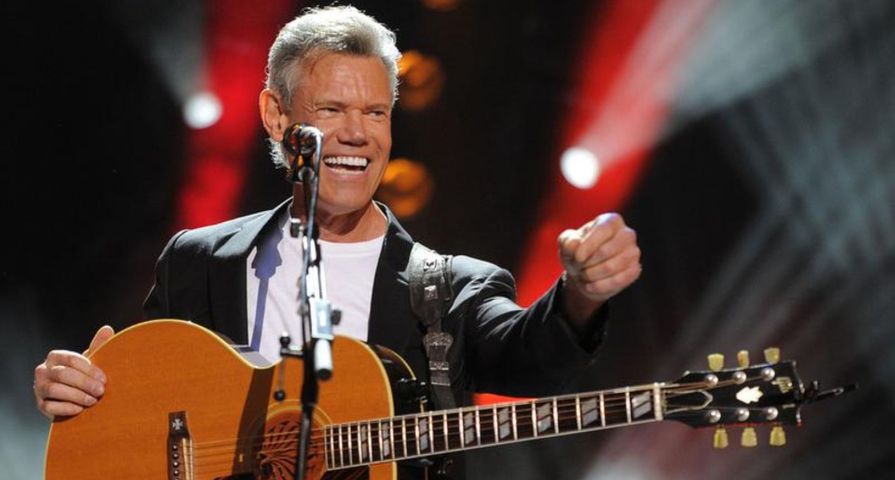 Randy Travis is one of the biggest country stars of all time. The singer, songwriter, guitarist and actor rose to fame in the mid-80s with his debut album, Storms of Life, which sold more than four million copies! Since then he’s recorded 20 studio albums and charted more than 50 singles, 16 of which were No. 1 hits. Despite a long hiatus from the music industry and suffering through a great deal of health issues, Randy Travis has maintained a loyal fan following and was even inducted into the Country Music Hall of Fame in 2016. The country singer has a birthday coming up, so here’s a look at 10 things you probably didn’t know about Randy Travis!

Randy Travis’ real name is actually Randy Traywick. In the early days of his career he went by this name and even recorded an album under it, but eventually adopted the stage name “Randy Ray.” From there he changed his name to Randy Travis to honor his favorite musician, Merle Travis, who passed away in 1983, two years before Randy rose to fame under the new moniker.

Born on May 4, 1959 in Marshville, North Carolina, Randy is the second oldest of six children. His mother was named Bobbie Tucker, she worked in a textile factory, while his father, Harold Traywick, is credited as a horse breeder, turkey farmer, substitute school teacher and construction business owner.

Randy’s relationship with his father was quite tumultuous, but it was his father who encouraged him and his brother, Ricky, to pursue their musical talents because he was a huge fan Hank Williams, George Jones and Lefty Frizzell. At the mere age of 8, Randy began to perform at his church. This quickly led to Randy and Ricky performing at local clubs and talent contests and the two of them began calling themselves the Traywick Brothers.

7. Trouble with the Law

The “Hard Rock Bottom of Your Heart” singer dropped out of school when he was only in the 9th grade. He had been arguing with his father a lot which drove him to become a juvenile delinquent. As a teenager he was arrested for various offences, mainly breaking and entering, auto theft, drinking and drugs. The duo he formed with his brother fell apart as the two started getting in trouble with the law. In 1975 while Ricky was serving time in jail for a high-speed car chase, Randy continued to play and even won a talent contest at a night club. The night club owner, Elizabeth “Lib” Hatcher, offered him a job as a cook and allowed him to perform at her club on a regular basis. In his last encounter with the law, the judge told him if he ever saw the singer back in his court he would send him to jail for a very long time which seemed to smarten him up. Travis was released into the guardianship of Hatcher, who then became his manager.

Elizabeth Hatcher was a married woman when she became Randy Travis’ manager. In the late ’70s the two began to focus on building up Travis’ career as a musician and so he moved in with her which put a huge strain on her marriage. She left her husband in 1982 and moved to Nashville with Randy. The two eventually started dating, but had to keep their relationship under wraps due to industry gossip and Travis’ fragile career state. They eventually went public and got married in 1991, but divorced in 2010.

Like many other country singers, Randy Travis’ road to success wasn’t easy. He was rejected by every major record label in Nashville before he was able to secure a deal. Early on in his career he was told that his music was “too country.” He recorded an independent album under the name “Randy Ray” live at The Nashville Palace which eventually led him signing with Warner Bros. Records in 1985. Once he secured a spot in the industry, his rise to fame was fast. His debut album sold more than four million copies and by the late ’80s he had a string of hits like “Diggin’ Up Bones” and “Lazy Mooncricket Nights.” He won two Grammy Awards back to back and an ACM Award. His second album, Always and Forever, sat in the No. 1 spot for 43 weeks and his third album, Old 8 x 10, went platinum. He’s now credited as the driving force behind the neotraditional country movement for his music in the late ’80s.

In the mid-90s Randy Travis began to see a decline in his career after a huge spike in success. He left his record label and changed his focus to gospel music. When most people think of Randy Travis, they think of country music, but he’s actually a very accomplished gospel musician as well. Today, he’s actually received more Grammy awards for his gospel albums than he has for his country music.

He began acting in the early ’90s, but really made a name for himself as an actor in the late ’90s. Around this time he also changed his tune from commercial country music to a more gospel sound. Fans of the country star were more likely to see him on the big screen than hear him on the radio. He starred alongside big Hollywood names like Patrick Swayze, Ashton Kutcher and Matt Damon. He latest film role was in The Price.

The “Three Wooden Crosses” singer was hit with a personal tragedy in 2013 when he suffered a major stroke. It all started when he was admitted to a hospital in Dallas for viral cardiomyopathy after he had a viral upper respiratory infection. He underwent surgery, but three days later suffered a massive stroke and had to have surgery again to relieve pressure from his brain. He was in critical condition for a period of time and living with the assistance of machines to help pump the blood in his heart. Travis had to undergo intense physical therapy and for a long period of time he was unable to speak, let alone sing. He’s been slowly recovering ever since and relearning how to play guitar and write with the help of his now-wife, Mary Davis.

Randy Travis’ ran into a few legal scandals in 2012 before all of his health problems came about. The first incident occurred in February 2012 when he was found in a parked car outside of a church in Texas drunk with open alcohol. A few months later in August, state troopers in Texas responded to a call and found Randy Travis in the middle of the road, unclothed, reeking of alcohol. When they tried to approach him, he threatened their lives and was subsequently arrested for driving while intoxicated and threatening a public servant. Earlier that evening he allegedly walked into a Tiger Mart naked and demanded cigarettes from the cashier, but left when he realized he had no money. He was released on bail that evening and in January 2013 plead guilty to the August charges and received two years probation, an 180 day suspended jail sentence and a $2,000 fine.