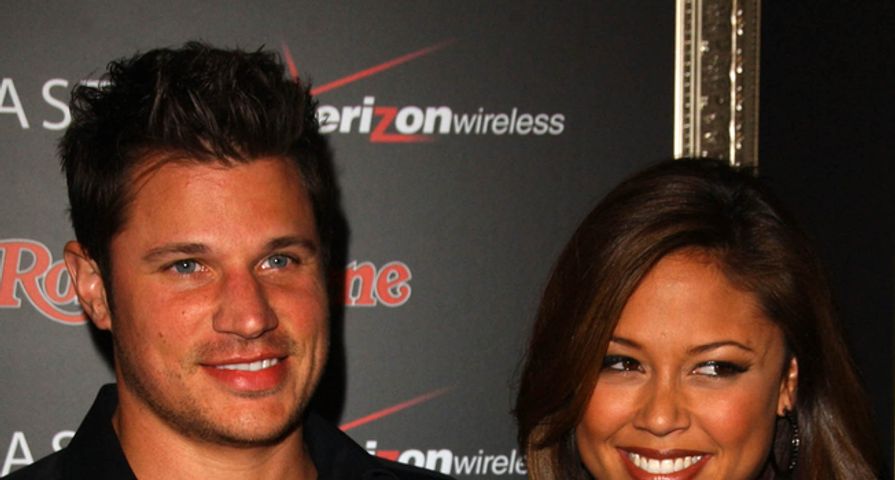 While many initially assumed that Nick Lachey and Vanessa Minnillo were never going to ever make it as a couple, they have been busy proving everyone wrong for the last decade. There’s something about these two. They mostly stay out of the spotlight and dedicate a lot of their time to their relationship and their growing family. Since these two are such an underrated couple, here are 10 things you didn’t know about Nick and Vanessa Lachey:

Nick and Vanessa first met in Palm Springs at the Miss Teen USA Pageant back in 2003. They were serving as judges at the pageant. At the time, he was married to Jessica Simpson and together they had a really successful reality show, Newlyweds: Nick and Jessica, and Vanessa was in a relationship with baseball player Derek Jeter. Both of these relationships lasted until 2005.

In 2006, they met again when the former member of 98 Degrees was at an event in New York City. Later that night, when he was out and about, he ran into the former Miss Teen USA who was fresh off her first Maxim shoot with the polaroid pictures in hand. After that meeting, they began texting regularly and then he asked her to be in his music video for “What’s Left of Me.” According to him, in response, she told him to ask her agent!

According to the former Miss Teen USA winner, her former reality TV star boyfriend doesn’t have any emotional hang ups and was the first one to drop the L word in their relationship. “The L-word is not thrown around by men as easily as it is by women – but I didn’t say it first! He’s very loving. We’re very open and vocal,” she told People.

In June 2009, Nick and Vanessa broke up. For some, their breakup didn’t come out of the blue. In April of that year, she was spotted getting cozy with another man during the Armani Exchange watch launch party and before their breakup she also gave an interview to Robin Leach where she mentioned marriage three times, which lead some to believe that she was ready for marriage and he wasn’t, hence the need for a breakup.

By August 2009, they were back together. In September of that year, he told Us Weekly that they were figuring things out: “We’re trying to figure things out. I don’t pretend to know what the future holds, but everything’s good. Vanessa’s a good girl, and I care about her a lot,” he said. In October, he told Good Day Philadelphia that they were definitely back together. “I am happy in a relationship,” he said. “I was single for a minute there, and then we’ve kind of patched things up.”

Nick proposed to Vanessa at the montage in Orange County in November 2010, with an Asscher-cut diamond with baguettes from Bader & Garrin that cost $125,000. “I popped the question on bended knee,” Lachey tweeted at the time. “I do a lot of squats so my knees are very strong.” At the time, they had been dating for roughly five years.

In November 2011, they were secretly married at Sir Richard Branson’s private Necker Island in the British Virgin Islands in front of 35 close friends and family members. She wore a stunning two-piece Monique Lhuiller gown, featuring a lace corset and rose and crystal details, and he wore a Dolce & Gabanna suit. Their nuptials were featured in a reality special on TLC titled Nick & Vanessa’s Dream Wedding. None of the guests knew where the wedding was. Nick and Vanessa’s wedding invitations were in the form of plane tickets and they were also told that wedding attire was “island chic.”

2. Children and the Baby Blues

Nick and Vanessa have three children together: a son Camden, who was born in September 2012; a daughter Brooklyn, who was born in January 2015; and a son Phoenix, born in December 2016. After having Camden, Vanessa found herself battling the baby blues. It began when she slept through one of his feedings and then got worse when friends and family came to meet the baby during the second week of Camden’s life. “At this point I was sick of feeling like a milk machine. I loved my bonding time with Camden … But also there were times when he was crying of hunger… Then when Camden was done eating, I wasn’t able to lay and cuddle with him,” she recalled. She managed to get through it, but first she had to let go of all of her expectations about motherhood and ensure that she scheduled “me” time so that she could regroup regularly.

These two are all about healthy, open communication. “You have to talk through everything,” the former Total Request Live host told Parade magazine. “We talk daily about things that upset us. It’s about having a sounding board because if you hold in all your thoughts, dreams, anger and anxiety then you’re only hurting yourself.”