Home » Celebrities » Entertainment » Things You Might Not Know About Miley Cyrus 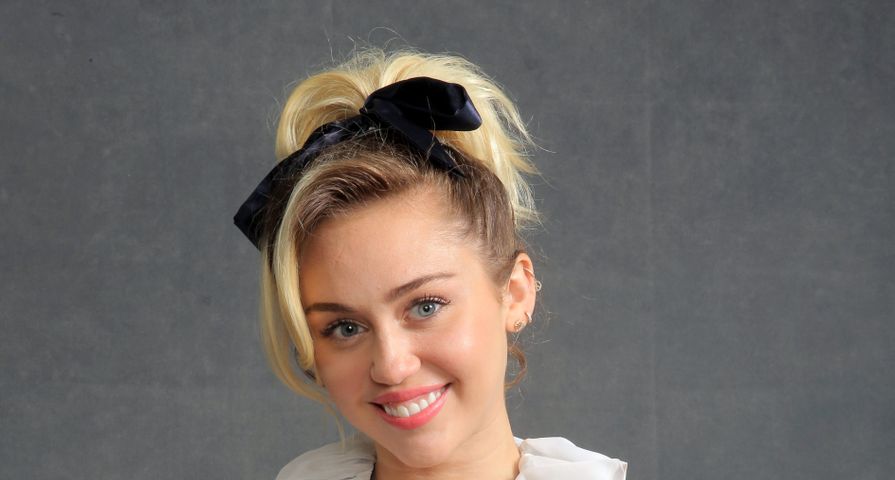 Miley Cyrus is one of the most controversial stars in Hollywood. The former Disney star rose to fame starring as Miley Stewart in the Hannah Montana Disney series, but she’s successfully shed her teen idol image ever since she performed at the MTV Video Music Awards in 2013 alongside Robin Thicke. She traded her teen idol image for a more sexually open and explicit one that has been met with a mix of widespread scrutiny and praise. More recently, Cyrus has been revamping her image as one of the newest coaches on the NBC’s popular show The Voice and her Happy Hippe Foundation. Cyrus has received numerous awards and nominations throughout her singing and acting career. She was ranked as the fourth best-selling female artist in 2009 and made the Time 100 list as one of the most influential people in the world in 2008 and 2014. In honor of her upcoming 25th birthday, here’s a list of 10 things you didn’t know about Miley Cyrus!

She was born with the name Destiny Hope Cyrus. She adopted the stage name “Miley” from the nickname “Smiley” that was given to her as a child because she was always smiling. Her father, Billy Ray Cyrus, who’s famous for his country music hits and acting, gave her the name “Destiny” because he thought it was her destiny to bring hope into the world. She legally changed her name in 2008 from Destiny Hope Cyrus to Miley Ray Cyrus. The middle name “Ray” came from her grandfather, Ronald Ray Cyrus, who she was very close to.

9. She Has a Heart Condition

Miley Cyrus has a condition called Tachycardia which is a non-fatal heart disease. It simply means that she has a much higher resting heart rate than the average person. She can exceed over 100 heartbeats per minute. She revealed this information in her 2009 autobiography, Miles to Go. “The type of tachycardia I have isn’t dangerous. It won’t hurt me, but it does bother me. There is never a time onstage when I’m not thinking about my heart.”

The former Hannah Montana star was born left-handed, but her dad forced her to write with her right hand because he didn’t want her to “learn the world backwards” even though he himself is left-handed. In her autobiography, she wrote: “I was born left-handed. My dad is also a lefty, but he’s absolutely convinced that I’m right-handed. I think it’s because he has always said lefties have to ‘learn the world backwards,’ and I know he has a hard time finding a left-handed guitar every now and then…Whatever the reason, from the time I started to write, he had me use my right hand.” She said that his forceful technique worked because she now writes with her right hand and has some pretty messing writing!

Cyrus revealed in an interview with Variety that she’s recently become more comfortable with her gender identity and sexuality and discovered that she is pansexual. “I always hated the word ‘bisexual,’ because that’s even putting me in a box. I don’t ever think about someone being a boy or someone being a girl…My eyes started opening in the fifth or sixth grade. My first relationship in my life was with a chick.” She recalled a story about when she went to the LGBTQ center in LA. “I started hearing these stories. I saw one human in particular who didn’t identify as male or female. Looking at them, they were both: beautiful and sexy and tough but vulnerable and feminine but masculine. And I related to that person more than I related to anyone in my life. Even though I may seem very different, people may not see me as neutral as I feel. But I feel very neutral. I think that was the first gender-neutral person I’d ever met. Once I understood my gender more, which was unassigned, then I understood my sexuality more.”

Miley Cyrus rose to superstardom with her role on the popular Disney Channel series Hannah Montana from 2006 to 2011. She started working on the show when she was only 14 and was thrown into working 12 hour days. In an interview with Marie Claire, she revealed some dark secrets about her days as Hannah Montana. “From the time I was 11, it was, ‘You’re a pop star! …I was made to look like someone that I wasn’t, which probably caused some body dysmorphia because I had been made pretty every day for so long, and then when I wasn’t on the show, it was like, ‘Who the f-ck am I?'” Similar to many other young stars, Cyrus has been open about having anxiety. “I’d get hot flashes, feel like I was about to pass out or throw up. It would happen a lot before shows, and I’d have to cancel. Then the anxiety started coming from anxiety. I would be with my friends, thinking, I should be having so much fun. You get in this hole that seems like you’re never going to be able to get out of….Every morning I was getting coffee jammed down my throat to wake me up. I just had to keep going, be tough, be strong. Everything happened to be me on that set,” she said.

Miley’s signature move on the red carpet and basically whenever there’s a camera around is to stick her tongue out. She said she does this not to be obnoxious but because she’s shy and doesn’t know how to just smile on demand. “I just stick my tongue out because I hate smiling in pictures. It’s so awkward. It looks so cheesy. Now people expect it, like, ‘Put your tongue out!’ It’s just easier that way. Taking pictures is so embarrassing. But there’s also something about it that I think is cool. Every other girl is so serious – like, this is my moment on the red carpet, I’m in my ball gown, looking pretty. There’s something empowering about what I’m doing right now. Especially having ‘short hair don’t care.’ I think it’s empowering for girls. Because there’s not one thing that defines what beauty is,” she said.

Born and raised in Nashville, Cyrus grew up in a place far from where she lives now. She grew up on a 500-acre farm in Franklin, Tennessee with her five siblings. Her childhood was fairly normal, aside from having a famous dad who crooned a top charting single called “Achy Breaky Heart.” She grew up in a Christian family, going to church and playing outdoors. “We never were inside, and we never wore shoes. I think it’s why I like wearing no clothes so much and I’m always naked,” she said. Despite growing up with a famous father, Cyrus said she never had a nanny and grew up extremely close to both her mother and father: “I never had, like, a nanny that took care of me. My mom always fed me breakfast, lunch, and dinner.”

3. She Does Her Own Make Up

Miley Cyrus is one of few celebrities who actually does her own makeup! This is brave, especially because Cyrus has been co-starring as a coach on the competitive singing show, The Voice. She prides herself on not only not using a make-up artist, but also for not wearing make-up at all. In an interview with Elle, Cyrus said that even her co-star on The Voice, Alicia Keys, who wears no make-up uses a make-up artist. “I don’t really [wear makeup] for the contestants, because some of these girls come from f-cking Arkansas with cake face on. Like, I don’t want these kids to come out here and wear a bunch of makeup. I mean, I cover my zits, but besides that, I don’t really wear it. And Alicia doesn’t really wear it. But she’s got a makeup artist and I don’t,” she said.

Miley Cyrus has an extremely controversial Instagram profile and she’s one of the most active stars on social media, so it’s surprising to learn that she’s recently taken a different approach when it comes to her Instagram. In her interview with Elle in September 2016, Cyrus revealed that she doesn’t actually have social media on her phone, so it’s not her publishing those pictures we all see on her social media page. “I don’t have Instagram on my phone anymore. This chick at the office, I gave her my password. I’ll send her a picture of me feeding the pig in a bikini: “Can you post, like ‘F-ck yeah, pigs?!’ Or, ‘High in a bikini!'” Like, I don’t need to know who’s got a new music video and who’s got a new lipstick. It felt so commercial, like I was always getting sold. I used to literally post four times on the hour obnoxiously, but that was in a heavy art phase,” she said. She also said she would really like to get Snapchat, but she doesn’t know how to work it.

1. She Struggled with Depression

In an interview with Elle UK, Cyrus admitted that she struggled with depression and that being open with her fans has helped them. “[Depression] is more of an issue than people really want to talk about. Because people don’t know how to talk about being depressed — that it’s totally okay to feel sad. I went through a time where I was really depressed. Like, I locked myself in my room and my dad had to break my door down. It was a lot to do with, like, I had really bad skin, and I felt really bullied because of that. But I never was depressed because of the way someone else made me feel, I was just depressed.” She also added, “So many people look at [my depression] as me being ungrateful, but that is not it — I can’t help it. There’s not much that I’m closed off about, and the universe gave me all that so I could help people feel like they don’t have to be something they’re not or feel like they have to fake happy. There’s nothing worse than being fake happy.”