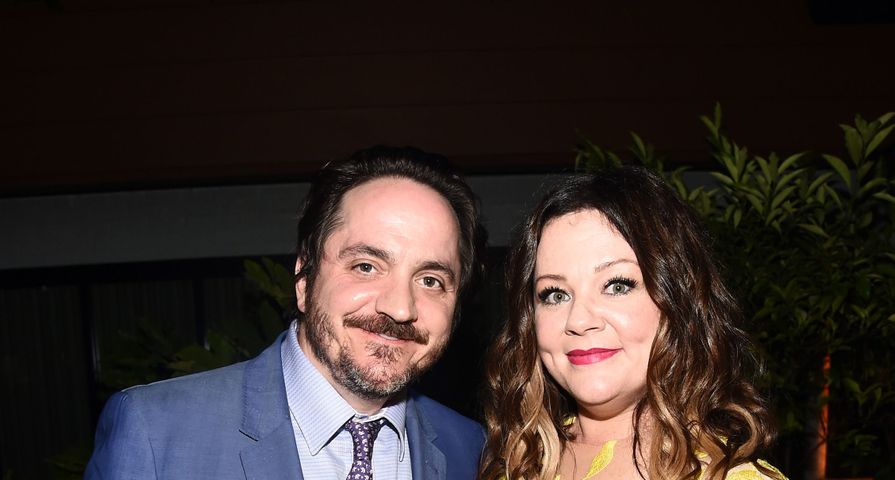 Melissa McCarthy and Ben Falcone are one of the cutest couples in Hollywood. The actors got married back in 2005, but have been together for nearly two decades, which is pretty impressive. These two are known for their comedic work, and are no doubt one of the funniest duos around! Here’s a look at 10 things you probably didn’t know about their relationship!

10. The Secret to Their Marriage

Long and successful marriages in Hollywood are very rare, especially when it involves working so closely together like Melissa McCarthy and Ben Falcone do. “We met working at the Groundlings Theatre, it’s just kind of easy. I don’t know. I think we do what everybody else does,” said Melissa when asked about their marriage. “I think we do better when we’re all together and we move like a tribe with the kids and we just keep showing up in random states,” she joked. Falcone agreed that working together actually helps their relationship. “Movies require travelling and long hours so these were hours we were able to spend together. It actually created more time for us to spend together.”

Ben Falcone and Melissa McCarthy seem like the perfect match. Both are successful Hollywood actors, humble celebrities and hilarious! They met in a comedy writing class at the Groundling comedy school in Los Angeles back in 1998.

8. Their First Writing Project Together

Their first collaboration was writing a skit about a Bog Seger-themed holiday called All Seger’s Eve in their comedy writing class. “We just howled. We were Christian singers bringing the religion back to songs,” said Falcone. Melissa chimed in to add: “We were putting the ‘Christ’ back in Christmas.” So who’s the brains behind this hilarious duo? In that same Hollywood Reporter interview both Melissa and Ben credit the other as the funnier one in their relationship. “He’s funnier and smarter, I’m just loud,” said Melissa, while Ben said, “No way. I’m the boring structure guy. She’s the fun one.”

7. Known Each Other For a Long Time

Even though these two didn’t start dating until later in life, they’ve known each other for a long time! While on Chelsea Lately, Falcone revealed he knew Melissa back when he was in high school because she went to college in his hometown. “She was this goth person. She had blue hair and she was really scary…in a good way! Scary and pretty! I had long bangs and a couple of earrings and a Clockwork Orange shirt and Texas. I had a whole situation…The girls that I knew were also light-alt, and they would look at Melissa — we didn’t know it was Melissa — but they would go, ‘Man, I wish my mom would let me dress like that! So I knew who she was all those years ago and then I married her many years later.”

6. Gush About Each Other

In an interview with US Weekly, Melissa gushed about how lucky she was to be with Ben and have their family. These two are absolutely adorable! “I feel like I have two great kids and the dreamiest husband on the planet, and everything else is just a work in progress,” she said. In the same interview, Ben said: “We got hit with the same lucky stick. From the very first time we spoke, we were on the same page. We love each other, respect each other and try not to sweat the small stuff. And we really make each other laugh.” It’s pretty clear from the way they talk about each other why they’ve been together for nearly two decades!

Not surprisingly, these two comedic actors are constantly making each other laugh, but not in the way we’d expect! While on The Ellen DeGeneres Show, McCarthy said: “I think what should not be making me laugh makes me laugh more. There are certain very weird things. Ben, lovingly, is a super-hypochondriac, maybe germophobe and we may have seven or eight blood pressure cuffs in our home,” she said. Falcone defended himself by pointing out the obvious fear that one might not work, and McCarthy revealed she knows about his secret stash in the closet! “There are six of them squirreled away in his closet and I know it!”

Melissa and Ben are parents to two daughters, Georgette “Georgie” who’s 7 and Vivian, 10. In an interview with People, Ben said he and Melissa are very good about dividing up their parenting duties, but there is one area that he leaves fully to his wife. “Whenever it’s just me getting them ready in the morning, they look crazy. I let them dress themselves and I don’t know how to do their hair,” he said.

Naturally, the story of how Ben proposed to Melissa is very funny. He popped the question at their home in Los Angeles. He called her outside onto the porch on a Saturday morning. “He keeps saying, ‘Melissa! Melissa!’ He normally doesn’t call me Melissa. He calls me Mooch. I thought, ‘Is he breaking up with me? Am I in trouble?'” she said. Right before Ben is ready to pop the question, their contractor showed up to do renos on their house because Melissa had unknowingly invited him over to work on a project. “Finally, the guy leaves, and as the door shuts, she’s watching an autopsy show on TV and playing Tetris. I run at her full speed and say, ‘Melissa will you marry me?!'” Of course, she said yes!

Even though these two are both huge Hollywood stars, they lead what they describe as a pretty quiet and regular life. “Melissa and I try to keep our lives really normal,” said Falcone in an interview with ABC, but as hard as they might try, their life is far from normal! Their daughters got the opportunity to make a cameo appearance in their latest film, The Boss. Even though Melissa’s career has skyrocketed as she went from just an ordinary actress to the second highest-paid actress in 2015, she and Ben still live in the same modest three-bedroom home they bought together pre-fame in L.A.

Ben and Melissa have worked together on numerous films and are currently working together as co-producers on the new TV series, Nobodies. While it might be hard for other couples in Hollywood to not only work together, but do it as often as Melissa and Ben do, it’s what works best for them! “We have always been lucky that we have worked together for so long but we see the same thing and we have had the same goals,” said McCarthy while walking the red carpet at the premiere of The Boss. “I think that how we met, writing and performing together, and we love each other and respect each other and we give each other lots of breaks.”