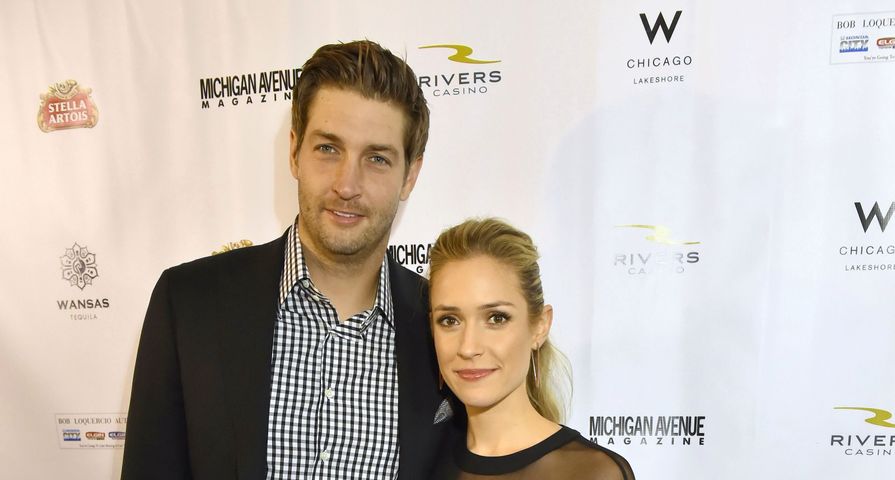 When it comes to celebrity-athlete relationships, there are a surprising number out there, but one of the oddest has always been Kristin Cavallari and Jay Cutler. As a seemingly drama filled reality star and a low profile professional football player, they definitely seemed like an unlikely match, but after six years together and three years of marriage, they are going strong. The pair’s relationship has been in and out of the media during their time together, but over that time it has been Cavallari herself who has revealed the most about their life together, and what it is like when two different celebrity worlds collide. Get to know the pair better with these 10 things not widely known about Cavallari and Cutler’s relationship!

Celebrities and athletes hook up all the time, but many still can’t understand how a reality star from Laguna Beach and The Hills ended up with an NFL quarterback for the Chicago Bears. It seems Cutler must have been an MTV reality show fan because Cavallari revealed he was the one who reached out to her, and she had no idea who he was! “When I was in the middle of filming The Hills, I got a phone call from my publicist that Jay Cutler wanted to fly me to Chicago and take me on a date.” Cavallari refused, however, adding, “I didn’t who he was! I had to google him. I was like, ‘I don’t want a boyfriend in Chicago.'” She also mentioned something about having a bad experience with a different Chicago athlete but didn’t elaborate which one. As fate would have it, however, she would end up meeting Jay awhile later. “A year later I was in Chicago visiting my mom and we ended up going to a preseason game. I had forgotten all about it and my mom said, ‘Didn’t Jay Cutler ask you out?’ Long story short I ended up meeting him and when he walked in I was like, ‘Oh my goodness!’ I thought he was really cute.” 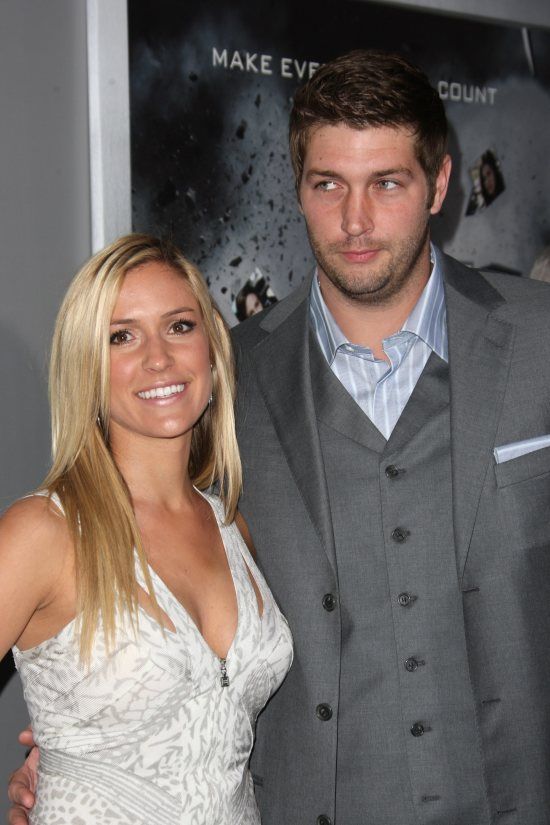 Despite early reservations about Cutler and engaging in a relationship with him, things moved very quickly for the pair after that first meeting. In 2015, Cavallari dished even more on her high-profile relationship with a revealing Twitter Q&A. When asked about her favorite date ever, she revealed that, “The 2nd time I every hung out with Jay we decided to go to Nashville last minute. And had the best 24hrs! It was the most fun I’ve ever had.” She then admitted, “We moved really fast. He told me he loved me after 2 wks & that he wanted to marry me aftr 2 months. I knew right away!”

Cavallari and Cutler have a rocky story of being engaged that we will get to, but their engagement story itself is interesting enough. After reconciling following a brief breakup of their first engagement, Cavallari was asked if Cutler proposed again, and she responded “Yeah, kind of.” So how does one “kind of” proprose? “It was so silly. I was in the airport, leaving Chicago. We had just spent however many days together and we were texting and somehow it came up, like, ‘Oh, shall we get married?’ We’re like, ‘Yeah, OK.” And then he sent my ring in the mail. So I actually had my ring sitting at home for a couple of weeks before I put it on,” Cavallari revealed of the texting proposal. After Cutler got dragged through the media for the proposal, Cavallari had to rush to his defense clarifying the first proposal was much more romantic. “We got engaged almost two years ago in Cabo, it was very romantic and sweet. Jay got down on one knee, and it was the whole thing. And then we broke up for literally like three weeks… before I did ‘Dancing With the Stars.’ When we decided we wanted to be engaged again, we weren’t going to see each other for months. So he did send my ring in the mail. but it was only because I didn’t want to wait too long to put my ring on.”

Kristin Cavallari is a well-known reality star, as well as an author and businesswoman who has built her own brand. Meanwhile, Cutler is a very well paid starting quarterback in the NFL, and many wonder just how much they are worth. Combined the couple are worth around $43.5 million dollars thanks to Cutler’s estimated net worth of $40 million and Cavallari’s of $3.5 million. 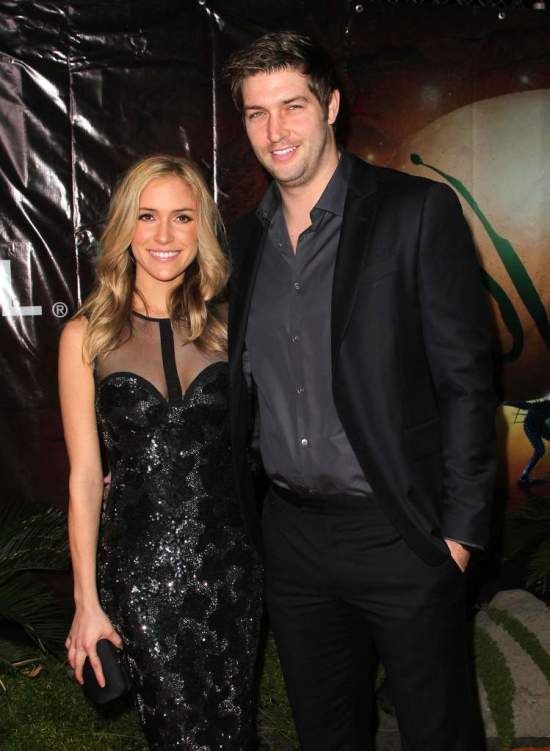 After beginning to date in late 2010, Cavallari became pregnant with the couple’s first child in late 2011 and, on August 8, 2012, they welcomed their first son Camden. In the fall of 2013 Cavallari became pregnant again and on May 7, 2014 they welcomed their second son Jaxon. On November 23, 2015 they welcomed a daughter into the mix when Cavallari gave birth to Saylor. Since welcoming their baby girl, Cavallari has hinted that the couple are done having children and suggested Cutler may be getting a vasectomy. Despite Jay’s placement in Chicago, Cavallari has always said “it doesn’t feel like home” so they also own a huge Nashville mansion where they hope to make their home permanently one day.

At times, Kristin Cavallari and Jay Cutler have hit rough patches in their relationship. Part of the problem is Cavallari not considering Chicago home, while she has also spoken out about the difficulties of Jay’s job taking up the majority of 6-7 months of the year. Part of the problem with Jay not being around as much is the fact he doesn’t really have a handle on taking care of the kids, which Kristin revealed when she posted frantic texts she got from Jay when she had to take a work trip to L.A. In early 2015, after landing back home she texted her husband “the eagle has landed,” but instead of receiving “we miss you texts” she instead got a very stressed out Jay. In a succession of texts he wrote, “Need u home asap. All hell has broken loose. Jax is in his crib. Cam refuses to eat. I’m about to leave.” Of course, Jay took some heat for the texts, but Cavallari explained she posted them to show, “Contrary to what many people think, we don’t have a thousand nannies. So with that being said, when I got home from LA 2 days ago this is what I landed to.” She added in the caption, “Pretty hilarious. Ladies, u want your man to appreciate u? Leave them alone with the kids to see what we deal with!” They also came from different worlds of celebrity, which took some adjusting. “The pop culture world was all new for Jay. So paparazzi bothered him (still does) and it took a lot of adjusting.”

Ladies, u want your man to appreciate u? Leave them alone with the kids! A photo posted by Kristin Cavallari (@kristincavallari) on Jan 24, 2015 at 1:44pm PST

Cutler and Cavallari first became engaged in Cabo in April 2011; however, as many are well aware, the engagement was abruptly called off only a few months later in July 2011. Although they eventually reconciled in November 2011, there was much speculation about what went wrong, but the predominant report was that it was Cutler who broke things off. It wasn’t until 2016 that Cavallari revealed she was the one who called it off, and explained the whole thing in her book, “Balancing on Heels.” She wrote, “I always go after what I want in life, with men or otherwise, and I never settle. If something doesn’t feel right, I act on it. It’s just who I’ve always been. At that moment, something wasn’t right. A few things needed to change, and I knew the only way Jay would see how serious I was, was if I ended the relationship.” She also revealed that a major part of the problem was that Cutler expected her to be a stay-at-home wife and mom, and that’s not what she wanted. “If I stayed at home, I wouldn’t be happy. And would probably end up resenting Jay for it.” Of course, there were also rumors of cheating when Cavallari was accused of hooking up with Scott Disick who at the time was still in a happy relationship with Kourtney Kardashian; however, Cavallari quickly wrote the rumors off, stating, “It’s 100 percent not true. [Jay] didn’t believe the report for one second.” 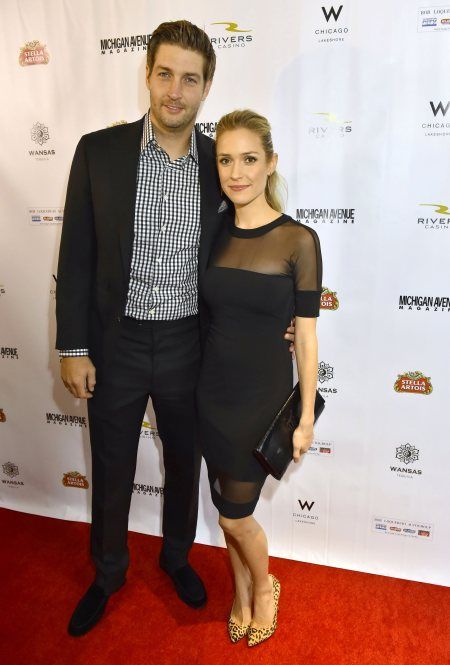 After the broken engagement, and mending their relationship, the pair finally wed on June 8, 2013 in Nashville, Tennessee. The pair exchanged vows at Nashville’s Woodmont Christian Church in front of around 140 guests. Cavallari also revealed that after the first engagement her wedding plans were really different than the ones they ended up with. “The first wedding I was planning was the complete opposite of this one. This time we wanted it to be smaller and more intimate. It was perfect.” They held their reception at a nearby historic site where they had their first dance to “Wild Horses” by The Rolling Stones. Jay even surprised his new wife with a touching speech about his love for her. “He had me bawling my eyes out. It was the sweetest thing he could have done,” she said. “He was telling everybody how much he loved me. It was my favorite part of the night.” Cavallari also almost had a big problem on her wedding day after her dog accidentally bit her right near her eye when they were playing that morning. Luckily her makeup artist was able to hide the wound for the big day!

After it all, Cavallari also stated that one of the biggest saving factors in their relationship was attending couples therapy together. “I credit [our therapist] for saving our relationship. She opened up our eyes to the other person’s perspective and gave us great tools for communication…we still periodically see her to this day.” She later added, “I think it’s important for people to know that there’s no such thing as a perfect relationship, you know? We work on it. It’s true. We love each other and we want to make it work, but I 100 percent credit our therapist for saving our relationship. We’ve come so far being in therapy both individually and together as a couple, that it’s been incredibly beneficial.”

Now that they have built a strong relationship and a beautiful family, it is very important that they don’t let their differences, difficulties, and separate and busy careers break them apart, and they try to live a simple home life to stay close to each other. “We’re pretty boring and make dinner at home. But wait to eat until after the kids go to sleep so we can connect… Light candles and put our phones away. Take a bath (doesn’t even have to be sexual..or it can! but it’s all about talking and connecting since we’re both so busy and are always with the kids which makes it hard to have a real conversation until after [they’re] in bed.”