Home » Entertainment » Celebrities » Things You Might Not Know About Kellie Pickler 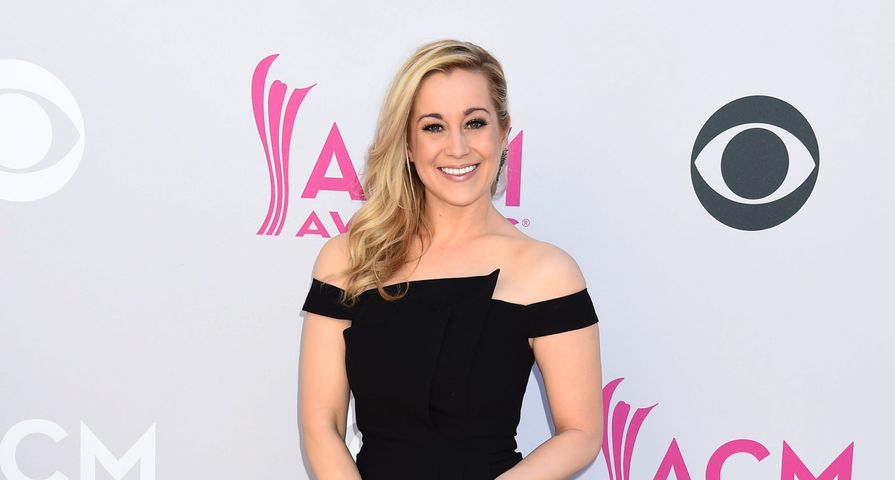 Kellie Pickler is one of the sweetest, most beloved stars in the country music industry. The “Red High Heels” singer rose to fame as a contestant on the fifth season of American Idol. Even though she didn’t win (she placed sixth overall), she landed a record deal shortly after and her career took off. She’s now released four studio albums, landed her own reality TV series, I Love Kellie Pickler, and had a new talk show premiere in September 2017! In honor of all her success, here’s a look at 10 things you probably didn’t know about Kellie Pickler!

10. Raised by her Grandparents

Kellie Pickler had a very non-traditional childhood. She was born and raised in North Carolina by her grandparents because her mother, Cynthia Morton, was only 18 when she had Kellie and suffered from addiction to drugs and alcohol. Cynthia left Kellie when she was only 2-years-old and did return at one point and took over custody, but was mentally and physically abusive to Kellie, so eventually the court returned her to the care of her grandparents who raised her into adulthood while Kellie’s father, Bo, was in and out of jail.

As a high school student, Kellie participated in all kinds of extra circulars. She entered beauty pageants, was a cheerleader and did gymnastics and dance! “I used to do gymnastics and dance. I consider those sports because you train for them. They train just as hard as you would for football. I would have loved to have been able to play football in high school because that’s my favorite sport. I love football,” said Pickler. She graduated North Stanly High School in 2004. In 2013 her athleticism paid off as it helped her win the 16th season of Dancing with the Stars!

She headed to Greensboro, N.C., in 2005 to audition for the fifth season of American Idol when she was only 19. She took her grandpa with her for support. “I was very intimidated by everyone around me. And I looked at my grandpa and I stood up and said, ‘Come on, Grandpa, let’s go. There’s no way in the world they’re going to give me a second look!’ And he said, ‘Kellie, what have you got to lose?’ And I said, ‘You know what? Nothing. All I have to lose is that job at Sonic, so I’m just going to stay and wait it out.’ And thank God I did because look at what I would have missed out on,” she said in an interview with CMT. Pickler was so young and naive at the time — she’d never even been on an airplane before!

In an interview with CMT, Pickler described her perfect date and it’s definitely not what you’d expect! “I’m a really cheap date. A cheeseburger, and I’m good to go. I love cheese, so like a cheddar cheeseburger, I’m really good…and I like to go to the movies and get the popcorn — the buttered popcorn because it’s always better at the movies — and then go to Blockbuster and rent a movie and then go home and watch it…I’m a little bit of a nerd,” she said. Sounds like the way to her heart is through a good old fashioned greasy meal!

The one thing many people might not know about Kellie Pickler is that she loves horror movies and even aspires to be in one some day! “I’m the biggest fan of horror movies and scary movies. I like bloody, gory, blood-and-guts flying everywhere. I love that kind of movie. Is that weird? You wouldn’t think that for me. I’ve always wants to be in a scary movie. I would love to be the killer, like the villain,” said Pickler.

When asked who she’d choose to tour with if she could choose anyone in the country music industry, she replied with Dolly Parton! “I am the biggest Dolly Parton fan. I love her songwriting. Her songs are just the most incredible songs out there. She’s a great singer, a great performer. She can act. She’s the whole package, and the personality is the icing on the cake. I think she’s great, and I can only hope to follow in her footsteps,” said Pickler. “I think it’s great that someone like her who has had to overcome family obstacles like she has — life obstacles that she has overcome — still walks around with a smile on her face. I think she’s such a pleasant person. I admire her as a person and her career.”

No one would ever guess from her bubbly personality, but Kellie once battled depression after having a severe reaction to her anti-depressant pill. At the time she was also reeling from a bad relationship and suffering through tough family issues. “Everything in my professional life seemed great. But in my personal life, I was just crumbling,” she said in an interview with People. According to her, the anti-depressants made her “crazy” so she stopped taking them. She was also dealing with her father, a convicted felon who had been released from jail shortly after she finished on American Idol, but was once again heading back to prison only 14 months after his release.

Kellie met her husband songwriter Kyle Jacobs while out with a friend in Nashville. She saw him from across the room and simply had to meet him, so she and her friend went and joined him and his friends at their table. They immediately hit it off and starting writing songs together the next day! After two and a half years of dating, Pickler and Jacobs eloped on June 15, 2010, her late grandmother’s birthday.

2. Relationship with her Dad

Even though Pickler had a difficult childhood and a strenuous relationship with her parents, she still maintained some contact with her father. She had fond memories of living with him as a child, even if it didn’t last long. “I remember going to different prisons with my grandparents to visit my father on weekends. My father did a lot of stupid things, but when I lived with him, I never had to do without. It didn’t matter what he had to do, he’d make sure I went to bed with food in my stomach. When he was sober, he was a good person,” she told People. He was finally released from jail a week after her American Idol elimination and she was ecstatic, but it didn’t last. “We didn’t talk for a long time, and then he got locked up again. I last saw him in jail a year ago. He said he was sorry. And I thought, ‘Wow, here we go again.'”

1. Story Behind her “I Wonder” Performance

One of Kellie’s most memorable performances was at the CMA’s in 2007 when she performed “I Wonder” — a song about her absentee mother. She received a standing ovation at the end and went on to win “Performance of the Year” in 2008. Many people didn’t know she was reeling from an extremely emotional time during that performance. “The CMAs were right after I’d gone off the pills, so my body still needed them. I was an emotional wreck. Then 10 minutes before I went onstage, I got a call saying my mom was on TV. I hadn’t seen her in years. I felt like, ‘Tonight I’m good enough?’ It really hurt. My hands shook all during the song. Then I lost it,” she said in an interview with People.