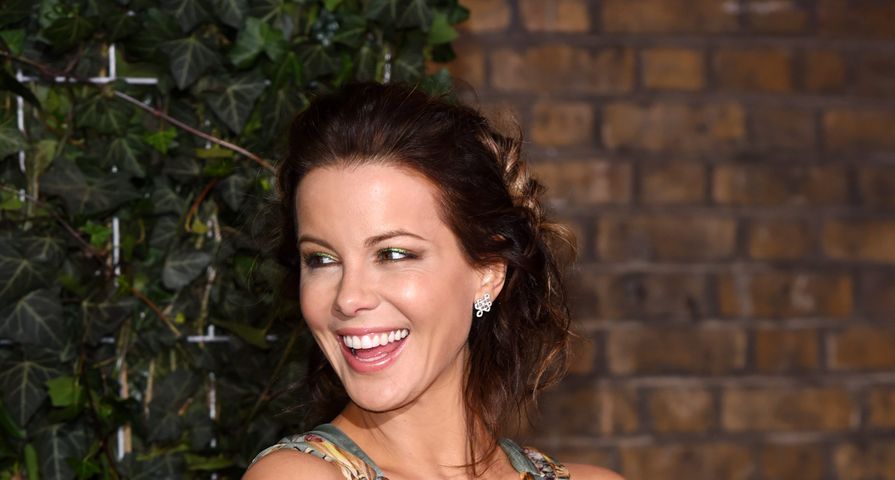 She studied French and Russian literature at Oxford University. She spent her third year of university in Paris, but then dropped out to focus on acting.

Her parents were both actors. Her father was Richard Beckinsale, a famous British comedy actor, and her mother, Judy Loe, appeared in a number of British dramas and sitcoms.

When Kate was five years old, her father – who was only 31 – died suddenly of a heart attack. His death left her deeply traumatized and she started expecting bad things to just happen.

Kate’s teen years were pretty rough. Still dealing with the grief from losing her father, she had a nervous breakdown when she was a teenager and developed anorexia when she was 15 and weighed just 70 pounds at her lowest point. Afterwards, she underwent Freudian psychoanalysis for four years, attending five sessions a week. “It opened my eyes to things, not to be afraid of facing these fears,” she told People. “I at least understood what they were and where they had come from.”

She doesn’t drink and she’s never tried drugs. One of the reasons that she doesn’t drink is because it makes her depressed. “Drinking just doesn’t make me feel well. I find wine very depressing. I get into a kind of despair the next day, like, ‘Oh, I must sit in the house and cry,’” she said.

During her teen years, she won the WH Smith Young Writers Award twice, once for her fiction writing and then for her poetry.

Kate’s biggest pet peeve is when people are rude.

She’s been smoking since she was 16. She quit for three years after she became pregnant with her daughter Lily.

It wasn’t until she was 29 that she finally felt attractive. “I didn’t feel very attractive as a child, and actually I wasn’t. Feeling attractive didn’t come until I was 29 and with [my husband] Len [Wiseman],” she told Allure.

She was considered for a role in The Ring, but lost out to Naomi Watts because producers felt that Kate looked too young.