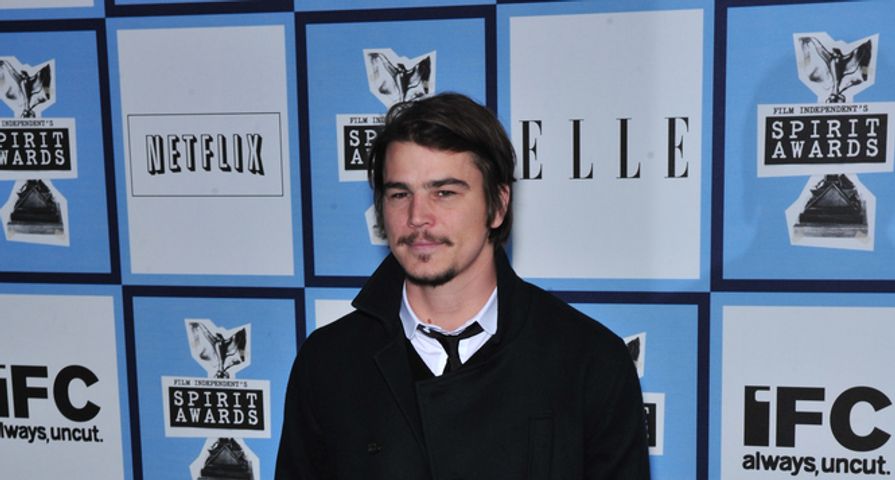 While many actors dream of making it big in their lifetime, Josh Hartnett successfully did it by his early 20s. The deep-voiced actor got his first big break in the horror flick Halloween H2O before taking on more serious roles in Pearl Harbor and Black Hawk Down. Josh has had an interesting career, including his controversial decision to take a break from Hollywood. We’ve rounded up 10 things you might not know about the actor and his expansive career.

Josh has a thing for dating his co-stars. In 1999, he hooked up with Julia Stiles when they worked on the film O together. Then in 2006, he dated Scarlett Johansson after working together on The Black Dahlia. By 2008, he was seeing Kristen Dunst, who co-starred with him in The Virgin Suicides back in 1999. In 2013, he began dating actress Tamsin Egerton while working with her on The Lovers. The couple had a baby girl together in 2015. While Hartnett recognizes that things can get complicated when dating a co-star, he also doesn’t regret his past relationships. “I think it’s a respectable way of going about it,” he told Playboy in 2015. “I’ve met very important people in my life doing films. Sometimes that had consequences that were just awful for everybody involved. Some were fantastic all the way through. Everybody makes mistakes dating people they work with.”

After hitting it big with Pearl Harbor and Black Hawk Down in 2001, Josh felt overwhelmed by all the media attention he received. Feeling as if he couldn’t trust anyone, he took an 18-month break and moved to his old home in Minnesota. “It was kind of like being in a relationship with Hollywood, and it just didn’t feel like we weren’t in the same place at the same time,” Hartnett told Time. “I wanted something that they didn’t want to give me. So I took a break from my relationship.” While some criticized his decision to take a break, he stands by what he did. “[The narrative was] either I was so disillusioned and afraid that I ran away or that I was some punk who didn’t know how good he had it. And it’s neither of those. It was that I tried to take a different path towards achieving good film.”

8. He Turned Down Superman

Josh was offered the lead role in Superman Returns in 2006, but decided to pass on the opportunity. “I didn’t want to be labeled as Superman for the rest of my career. I was maybe 22, but I saw the danger,” he told Details magazine. He had similar feelings about accepting the role of Spider-Man. “Spider-Man was something we talked about…But I somehow knew those roles had potential to define me, and I didn’t want that,” he said. His decision didn’t come without some repercussions. “I didn’t have those agents for much longer after that,” he recalled. “There was a lot of infighting between my manager and agents, trying to figure out who to put the blame on. It got to the point where none of us were able to work together.”

7. He Was Almost Batman

However, one role that Josh regrets turning down is that of Batman. Before Christian Bale became the cloaked hero, Josh was director Christopher Nolan’s original pick. His choice to decline the role affected his relationship with the director in later years. “I learned my lesson when Christopher Nolan and I talked about Batman. I decided it wasn’t for me. Then he didn’t want to put me in The Prestige […] That’s when I realized relationships were formed in the fire of that first Batman film and I should have been part of the relationship with this guy Nolan […] Watching Christian Bale go on to do so many other things has been just awesome. I mean, he’s been able to overcome that. Why couldn’t I see that at the time?”

While Josh has kept mum about any future plans to marry his girlfriend Tamsin Egerton, he did open up about the best marriage advice he ever received. In 2007, Josh worked with seasoned actor Alan Alda for the sports drama Resurrecting The Champ. Speaking about the actor, Josh told Elle magazine, “He’s been married to his wife for, like, 50 years. One of the best things I’ve ever heard about marriage—and I guess monogamy comes with marriage—he said, I’ve been married to a different woman every five years and she’s been married to a different man ever five years. We’ve changed that completely. We’ve had to learn how to live with each other at times. We’ve obviously hated each other at times. But we just have to learn to love each other again.”

Hartnett worked with President Obama during his re-election campaign in 2012. The actor helped Obama host a student summit in his home state at the University of Minnesota. He also appeared at the Minnesota Greater Together Youth Summit, and endorsed the President on the official YouTube channel for the campaign.

While most people shy from admitting their faults in past relationships, Josh isn’t afraid to say he’s not the easiest boyfriend to get along with. In a 2014 interview with Elle, the interviewer asked Josh an interesting question: “If I got all the women you ever dated to agree on something about you, what would it be?” Josh answered, “That I’m a pretty difficult boyfriend. My expectations are a little high sometimes. I push things a bit too far. I’ve got the Icarus complex. So they’d probably say I could relax a little more.”

3. He Used To Be Vegetarian

Josh became a vegetarian at the age of 12, and stayed on the diet for almost 20 years. The actor started eating meat again while he was working on the film The Black Dahlia. In an interview, Josh revealed that his decision to become vegetarian was “just a rebellious phase,” and that returning to a meat-based diet “wasn’t hard at all – it’s actually pretty good stuff.”

2. He Wishes He Became A Dad Earlier

As a new dad, Josh can’t help but gush about his little daughter. “She is the apple of my eye. She’s perfect in every way,” he said on Live with Kelly and Michael in April 2016. He told the co-hosts that the experience of being father has changed him for the better, and that he wishes he became a father sooner. “It puts things in a totally new perspective, of course,” he stated. “I mean, your ego melts away when you have a new kid. Your heart kind of leaves your body and you give it permission to walk around with someone else for a while. It’s really terrifying but it’s beautiful. I love it more than anything. I wish I would have started it earlier. But I’m so glad that she is the one I’m raising.”

1. He Could Have Been A Football Player

While Josh has had a successful career as an actor, things may have turned out differently for him. In high school, Josh was an avid football athlete and may have pursued his passion had it not been for a bad injury. Josh was forced to quit playing football after he broke his left knee. After graduation, he decided to embark on an arts career and enrolled at the Conservatory of Theater Arts and Film at SUNY. He made first on-screen appearance in the television series Cracker, which ran from 1997 to 1999.